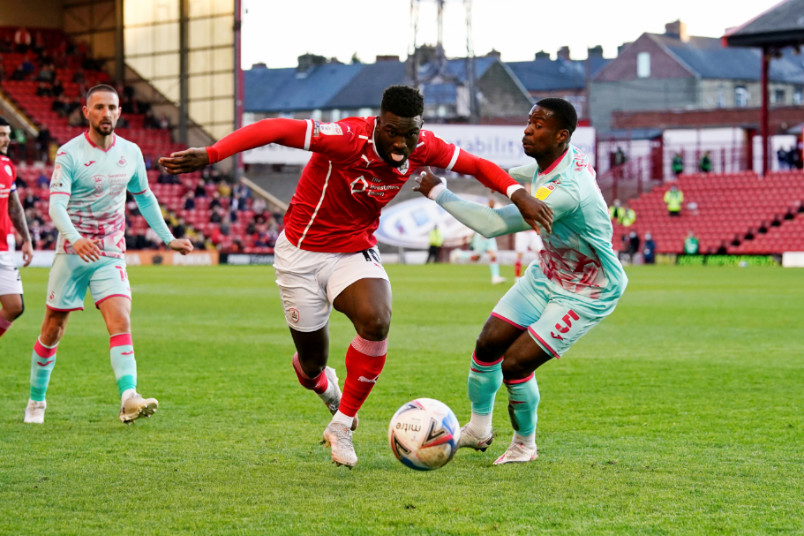 By Jason Davis – WASHINGTON, DC (May 26, 2021) US Soccer Players – The 2020 Major League Soccer season began with plenty of promise. It was the league’s 25th season, a remarkable achievement for an organization that nearly didn’t make it to its second decade. 2020 also brought an uptick in multi-million spending across the league. Clubs that had previously been reluctant to drop seven-figure fees on talent jumped into the deep end to secure high-profile players.

A push to develop homegrown talent was paying big dividends as well. Though we didn’t know it at the time, MLS was ready to elevate an exciting new class of teenage players into starting lineups across the competition. An already established group of club-developed names helped set the stage for the next group. That led to the kind of transfer buzz not usually heard around the league.

Then the pandemic hit. It wasn’t initially clear what that would mean for the group of big-money signings, the next wave of teenage talent, or the buzz-worthy bunch of transfer targets for European teams. For that last group, Europe’s siren call wasn’t going to go quiet, so the possibility that moves would have to wait was distressing.

The market certainly changed, but that didn’t stop clubs from scooping up American talent in 2020. A total of five young American players made the leap to Europe either during the 2020 season or in January when the secondary transfer window opened on the Continent. That number grows slightly larger if it includes players who made temporary moves via loan.

We can start there for an end-of-season review of the Americans who just completed their first campaign or part of a season in Europe.

Daryl Dike’s loan stint at Barnsley in the English Championship ended disappointingly with the club’s exit in the semifinal round of the promotion playoffs. Dike came off the bench to start the second-half in the second-leg of the matchup last week, his final 45 minutes in England. Dike made 19 appearances and scored nine goals for the Tykes.

For the moment, that is. While Dike will return to his parent club Orlando City and resume play in MLS for the time being, his status as a potential transfer target this summer will remain a topic of discussion. Dike and his likely jump across the Atlantic showed that the college path still works. Though he’s yet to play a game in England, it’s worth noting that this week brought news that former Georgetown attacker Jacob Montes signed with Premier League club Crystal Palace.

Meanwhile, it’s the academy path still getting most of the attention. FC Dallas managed to sell two different right backs to European clubs in 2020.

The first was Reggie Cannon, a homegrown product who played 67 times after signing as an 18-year-old in 2017. Cannon earned rave reviews in the United States, then signed a contract that incentivized FC Dallas to sell him to a European club to ensure that his MLS team would benefit from his rise as a player.

Cannon moved to Boavista, a small club in Portugal’s top division with an eye on developing further in a league known for sending players on to bigger and better things. The returns on Cannon’s first season in Europe were good. The fullback appeared 31 times, with 30 of those being starts, for a team that finished 13th out of 18 clubs. Success at Boavista is measured by staying in the top division, so Cannon’s contributions helped his new team meet its goals. Cannon’s play earned him a call up to the USMNT for the Nations League final.

The other right back FC Dallas sold followed in Cannon’s footsteps in MLS, but only for 14 total starts in 2020. Bryan Reynolds, a teenager from Fort Worth, had less than 1,400 professional minutes with Italian club Roma purchased him for a seven-figure fee following the season. Reynolds’ move was technically a 6-month loan with an obligation to buy in the summer, though that fact changes nothing about expectations for the talented American.

In his first six months abroad, Reynolds made five appearances and three starts for a total of 283 minutes. Considering his age and limited experience, those numbers are positive signs that he’ll get a chance next season. Attention will certainly be on Roma in 2021-22 following the news that Jose Mourinho will take charge in the Eternal City next year. Reynolds will need to prove himself under new management and in the brighter spotlight.

FC Dallas wasn’t the only club to send two players onto Europe after the close of the 2020 MLS campaign. The Philadelphia Union did as well. Attacker Brenden Aaronson joined Red Bull Salzburg in Austria, while Mark McKenzie moved to Genk in Belgium.

Aaronson was an immediate hit in Salzburg, picking up where he left off with the Union in 2020. In just over 1,300 minutes in Austria, Aaronson collected five goals and five assists for the eventual league champions. His goalscoring and assist rate per-90 minutes was one-and-a-half times his 2020 Philadelphia numbers.

Meanwhile, McKenzie grew into his new role in Belgium, finishing his first six months in Europe with eight appearances and five starts in the regular season. He had a further five appearances and three straight starts to close the season in the championship playoff round of the Jupiler League. Genk fell just short of a league title but did book a place in the third qualifying round of next year’s UEFA Champions League.

There’s one more American who just finished the European season following his first six months abroad. His story was easier to overlook among the more recently negotiated big money moves for the likes of Cannon, Reynolds, Aaronson, and McKenzie.

Former New York City FC defender Joe Scally’s transfer to Borussia Moenchengladbach was a year in the making. The clubs agreed to the deal in November of 2019, Scally had to wait until his 18th birthday before he could complete the move. He spent the year with NYCFC, who largely sidelined him in the interest of keeping him healthy.

Scally didn’t make any first-team appearances for Gladbach in 2021, but he did make an impression in the reserves. Racking up minutes in the second team while training with a successful club like Gladbach bodes well for Scally’s future in the Bundesliga.