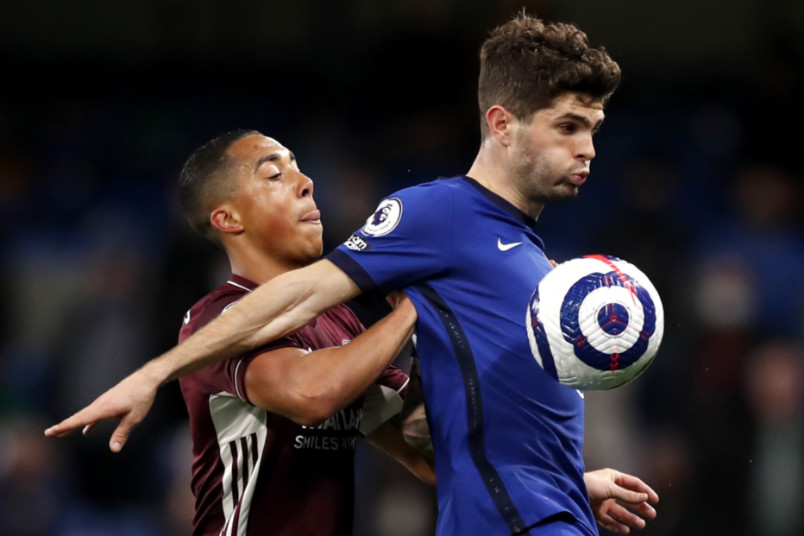 Wednesday’s soccer news starts in the Premier League. Christian Pulisic Chelsea beat Leicester City 2-1 at home after losing to them in the FA Cup final on Saturday. Antonio Rudiger opened the scoring for Chelsea in the 47th with Jorginho doubling the lead from the penalty spot in the 66th. Leicester City pulled a goal back in the 76th minute.

Tim Ream’s Fulham drew 1-1 at Manchester United. Trailing from the 15th minute, Joe Bryan equalized for Fulham in the 76th. Antonee Robinson was on the bench for Fulham.

“The performance tonight has been there this season, but we were on the right side of fine margins tonight,” Fulham manager Scott Parker said. “What was different was Phonse making a few saves, one of their shots goes over the bar. On the flip side, we executed a lovely move to work a goal. Nothing really changed as I told the team to come here and play like a top team and be ultra-brave. That was a risk but that’s how we put our stamp on it.”

Zack Steffen was on the bench for Manchester City’s 3-2 loss at Brighton. Ilkay Gundogan scored for City in the 2nd minute with Joao Cancelo seeing red in the 10th. Phil Foden made it 2-0 City in the 48th, but Brighton took advantage of being a man up. Goals in the 50th, 72nd, and 76th meant a rare loss for Manchester City. “To play 80 minutes v 11, especially against Brighton with high pressing and defending, it’s always difficult,” Manchester City manager Pep Guardiola said.

Romain Gall subbed on in the 72nd minute for Orebro in their 3-0 loss at Degerfors. The goals came in the 19th, 29th, and 76th minutes.