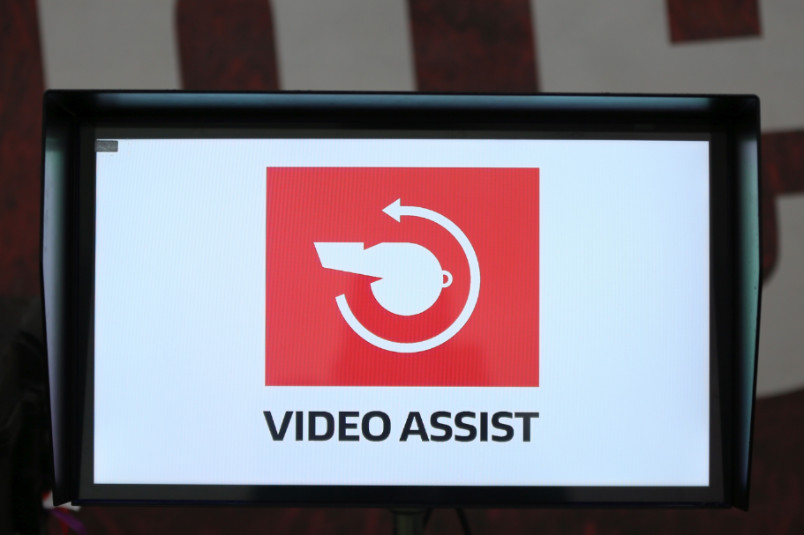 By Clemente Lisi – NEW YORK, NY (May 10, 2021) US Soccer Players – Soccer is a game that lasts 90 minutes plus stoppage time. It’s one of the things that makes the game different compared to the vast majority of sports that see the clock countdown to zero.

MLS experimented with that concept early on in the league’s history. The countdown clock and no stoppage time would join the shootout in the unnecessary innovations category, but it made sense. If the teams know exactly when the game will end, there’s a certain type of pressure. The final whistle happens on schedule, rather than waiting on the referee. Without knowing exactly how much time is left, there are no true buzzer beaters in soccer, no last gasp heroics as time definitely runs out. The referee can always decide the game continues even after a goal late in stoppage time.

With that in mind, not all goals are created equal. What distinguishes them from one another very often is when they happen. The minute in the game when goals are scored can go a long way in determining the entertainment factor of a match. Over the long haul, the connection between when most goals are scored factor into the tactics coaches use and the flow of the game on the field.

Short tournaments like the World Cup can be defined as exciting or boring almost exclusively based on when goals happen. At the 2018 World Cup, a total of 196 goals were scored over the course of 64 games for an average of 2.64 per game. It was a very good average with only one game ending scoreless, but the statistic that didn’t tell the whole story. The number of set piece goals and own-goals also smashed records.

It was the timing of those goals that mattered more than the overall average. For example, through the first two rounds of the group stage, 10 goals happened in stoppage time, with Germany, Brazil, and England among the teams able to capitalize on a goal in the dying minutes. By tournament end, there had been nine winning goals and four defeat-avoiding equalizers scored in the final minute of injury time. That’s more than any previous World Cup and one less than the five tournaments from 1998 to 2014 combined.

These late goals at Russia 2018 may have also resulted from referees adding on more stoppage time to make up for minutes spent using instant replay. VAR made its debut at World Cup level in 2018. Regardless, it helped create the kind of drama that makes games more exciting.

Has VAR impacted the timing of goals?

VAR has had the biggest impact on the referee’s decision to add more injury time. Two years ago, before Europe’s major domestic leagues adopted instant replay, the average game using the technology saw 50.2 seconds more injury time played, according to the betting firm Spreadex. The 2018 World Cup also saw game officials add more time to the clock at the end of matches.

However, VAR and stoppage time only tell part of the story. Soccer is a game where scoring is relatively low, meaning that many games are tight and remain so for long stretches. We see that in leagues with multiple teams in contention for the title. It’s also true of MLS, where parity plays a role.

What about a decade ago before VAR? Scoring trends can tell us a lot about the game. It’s possible that the real factor as to why so many goals come in the final minutes is due to player fatigue. The other is the need to gain a draw or a win. A 2014 study published by the International Journal of Sports Science further made this point when analyzing nearly 3,500 matches back in 2013-14 from across the world. They, too, found that teams scored more in the game’s final 15 minutes.

The study made this point: “Given such a predictable occurrence, it behooves the coaches and scouts to pay extra attention on the pattern of scoring and conceding of goals over the duration of a match by their opponents so that they can tailor team preparations appropriately. For a coach, it is vital that the physical, psychological and tactical preparation of the team bear these scoring trends in mind. The increased scoring towards the end of the second half of matches is attributed to pronounced physiological deterioration of defenders as compared to forwards.”

During the 2012-13 season, 21.7% of Premier League goals occurred in the final 15 minutes, the most of any time during a game. The Bundesliga was a little lower at 19% during the same period of time, also the most of any 15-minute span. VAR has had some impact, but not enough to change the scoring rhythms of the past decade.

When are most MLS goals scored?

The sample size is still relatively small and match tempos change over the course of a long season. Factors like weather and being involved in must-win games can change the way teams approach them. Last season, MLS averaged 2.86 goals per game. The most goals, 195 of them, were scored in the final 15 minutes, accounting for 23.4% of the total.

That’s an encouraging stat. Viewers have proven that they like close games and final-minute goals akin to other sports like a buzzer-beater in basketball. At a time when fans have many streaming options, it’s a safe bet that tuning into an MLS game late could result in a goal that can be pivotal to the outcome.

How does MLS compare to other leagues?

Let’s put MLS to the test and stack it up against the Premier League and the Bundesliga, two of the most popular European leagues in this country. Are there stats to back up the reputation of these leagues? In this very narrow category, it should be no surprise that both leagues fare very well.

So far this season, the Premier League has seen that percentage hold steady at 20.4% when it comes to goal scored in the final 15 minutes. The Bundesliga percentage is 21.5%. Both figures represent the majority of goals during the course of a game.

It should be clear by now that one contributing factor is that injury time isn’t what it used to be. Premier League fans used to call Manchester United’s ability to get more time added at the end of matches as “Fergie time” after then-coach Sir Alex Ferguson. In his 2013 autobiography, Ferguson said he often let his players take offensive risks as the game wore on because controlling the ball very often resulted in a goal.

“When it did, you got the joy that came with a late conquest. It was always worth the gamble. It was rare for us to be hit on the break while we chased a game,” he noted.

Ferguson’s Manchester United won the 1999 Champions League after scoring two stoppage time goals against Bayern Munich. It remains one of the most memorable finals in the tournament’s history and one of the biggest comebacks. It’s worth wondering what might’ve happened in the current era of extended stoppage time as Bayern pushed everyone forward in hopes of an even later equalizer.