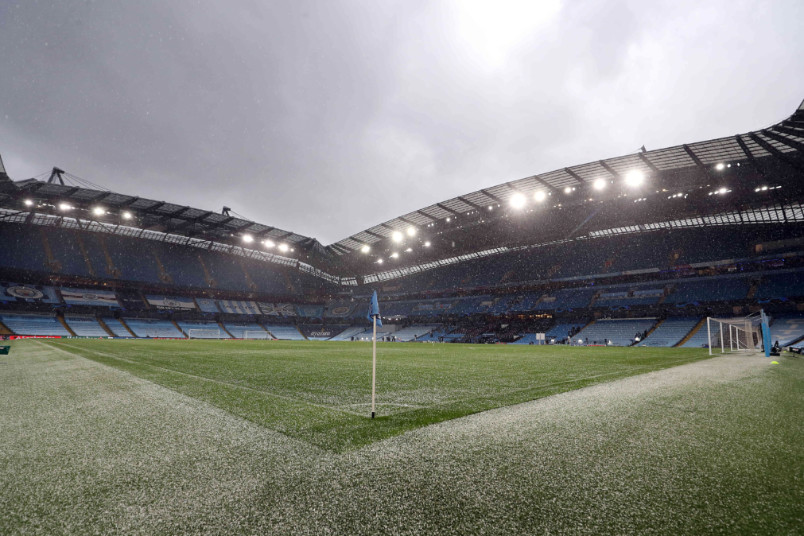 Wednesday’s soccer news starts with Manchester City advancing to the 2020-21 Champions League final. Zack Steffen was on the bench for City’s 2-0 home shutout of PSG, taking the series 4-1 on aggregate. With sleet on the field, Manchester City took the lead through an 11th minute Riyad Mahrez goal. Mahrez scored again in the 63rd. PSG’s Angel Di Maria saw red in the 69th minute. Ederson didn’t need to make a save to keep the clean sheet, though PSG hit the frame more than once.

“I think reaching the final of the Champions League helps us see the bigger picture of the last four years,” Manchester City manager Pep Guardiola said. “What we have done in the last four years is incredible. In terms of the Premier League, the Carabao Cup and every competition. Reaching the final helps us to understand what we have done. It is unfair, but we have to accept it. To reach the final of this competition is so difficult. It is the toughest one, the quality of the opponent and the composure you have to have to suffer the toughest moments. We did it.”

PSG’s exit continues the narrative of a team spending too much not to end up with the trophy. Chasing Lille in Ligue 1 isn’t helping, adding to the idea that this is a team at the end of a cycle rather than the height.

“I think that we played well,” PSG coach Mauricio Pochettino said. “We feel disappointed because sometimes you need that percentage of luck to win the game, but the team put in incredible effort and I feel so proud of the players. We were a little bit unlucky and we are a little disappointed as we wanted to be in the final and I think we showed that. Unlucky, disappointed, sad, but we have two competitions left to play. It’s difficult now to be positive but we must be positive and be strong mentally.”

Andrija Novakovich scored in Frosinone’s 1-0 win at SPAL in Serie B. Novakovich converted a 50th minute penalty, subbing out in the 86th. Matthew Olosunde subbed out in the 65th minute of Rotherham United’s 0-0 draw at Luton in the Championship. Rotherham finished with two shots on goal to Luton’s three.

“That was possibly a pretty accurate summary of our season so far,” Rotherham United manager Paul Warne explained. “There was loads of hard work, loads of organization but we lacked a little bit of quality in the final third. I thought we created enough chances to win – as did Luton by the way, I’m not saying we deserved to. We just haven’t taken them. There were some brilliant crosses into the box and we should have got on the end of them, or we could have scored, but unfortunately, we didn’t. That sort of sums us up really. We’re one effort away from greatness.”

Philadelphia drew 1-1 at home with Atlanta United in the Concacaf Champions League quarterfinals, advancing 4-1 on aggregate. Santiago Sosa scored for Atlanta two minutes into first-half stoppage time. The Union’s Kacper Przybylko equalized on the night in the 88th minute. Toronto FC exited the tournament to Cuz Azul, losing 1-0 on the night at Estadio Azteca and 4-1 on aggregate. Cruz Azul scored in the 27th minute.

Three takeaways from the Octagonal round of Concacaf World Cup qualifying highlight the USMNT’s youth, Mexico’s return to form, and Canada.

New England is well on its way to clinching the Supporters’ Shield, but downplaying that in favor of focusing on the playoffs is the norm in MLS.