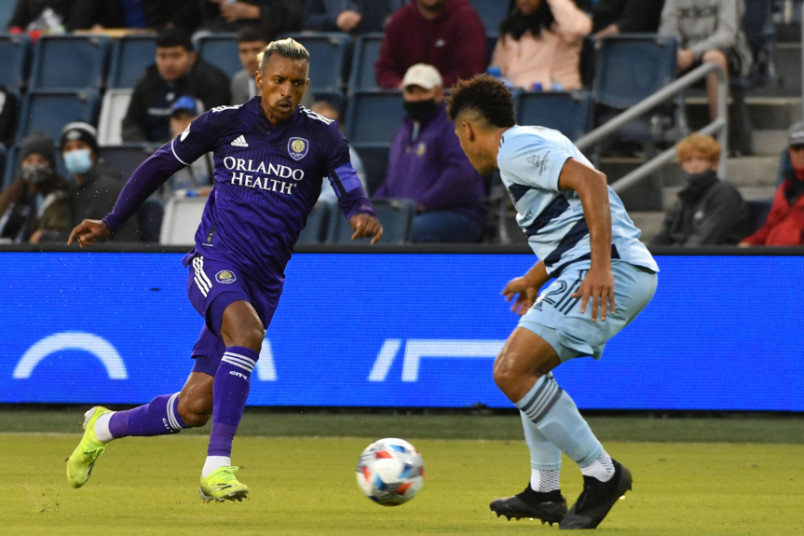 By Jason Davis – WASHINGTON, DC (May 21, 2021) US Soccer Players – On the list of differences between Major League Soccer and pretty much all other leagues is how they define club ownership. Though the term has fallen out of casual use, MLS has investor/operators rather than traditional owners. That’s one of the hallmarks of a single-entity league put in place to limit financial competition for players between clubs. MLS may have loosened some of those restraints, but the basic idea remains. It’s a different way of running a pro sports league. MLS club ownership is in the news thanks to the sale of Orlando City and the Houston Dynamo.

Orlando City will change hands for the first time in its MLS existence. Brazilian billionaire Flavio Augusto da Silva purchased a majority stake in a successful USL franchise and funded the jump to MLS back in 2015. While the Lions mostly struggled on the field under da Silva, he did oversee the construction of a soccer-specific stadium in Orlando while attracting star power in the form of former World Player of the Year Kaka and Portuguese winger Nani.

The hire of Oscar Pareja, one of the last major changes in Orlando under da Silva’s stewardship, might be the tipping point for turning the club into a power. In his goodbye message posted to the Orlando City website, da Silva claimed a level of achievement not exactly born out by the record.

“I can confidently say that both Orlando City SC and the Orlando Pride have set the standard for soccer organizations around the world, a true testament to the dedication of our passionate supporters — fans, front office staff, players, minority owners, and partners — that continuously fueled us to strive for unprecedented success,” he wrote.

Orlando’s new owners, the Wilf family, paid Da Silva’s reported $400 million price tag. The owners of the National Football League’s Minnesota Vikings, they competed for the expansion Minnesota United and held a minority stake in Nashville SC. That shows their level of interest in the league, getting the opportunity to run an MLS club of their own. Orlando soccer fans hope that the new investor/operators pick up where the old one left off.

Houston’s new investor/operator Ted Segal is something of an unknown in sports ownership. In contrast to several of Major League Soccer’s high-profile big-money owners, Segal has no real public profile. Most of what we know about the real estate developer comes from a short bio at EJS Group, the company he founded and runs as president. His only other sports interest is in a mixed martial arts property, the Professional Fight League. The reported price of the Dynamo is the same $400 million the Wilfs are spending to buy Orlando. Both of those include the NWSL clubs as well.

That pricing nicely sets the market for existing MLS teams amid the ever-rising fees of the modern expansion era. With Real Salt Lake on the market, MLS needs to find a party willing to spend a similar amount. The RSL package no longer includes an NWSL team but does include top-level training facilities and two soccer-specific stadiums.

The Wilfs are a known quantity, at least as pro sports owners. Segal is not. Neither is local to their new MLS purchases. They take control of clubs that are part of a league in flux, with high-revenue clubs like Atlanta United, LAFC, and the Seattle Sounders separating from the pack in several ways. Teams with committed investor/operators prepared to spend when necessary tend to do better. There is an alternate path to success, perhaps, but the degree of difficulty is high and the margin for error small.

MLS remains a competition built on parity, and spending does not guarantee much more than a semi-perennial place in the playoffs. Still, few clubs can truly compete if their owners aren’t willing to invest heavily in many areas.

The Philadelphia Union stands out as an example of a club that utilized a focus on player development and smart spending to win a significant trophy, bucking recent trends. For the Wilfs and Segal, walking that narrow path would not only be time-consuming, but it would also mean finding the right people to run the operation.

It’s much simpler to let the clubs continue to run as they have. The Wilfs have the luxury of the status quo producing a playoff-caliber team, at least in 2020. Staying the course in Houston might not make the Dynamo contenders anytime soon.

That puts more pressure on whatever operation Segal chooses to put in place. Once again, MLS might not technically have owners, but the investor/operators have enough control over their clubs to limit the importance of that distinction. Operating under MLS rules, we know how much of a difference spending can make in a relatively short amount of time.

For the Wilfs, knowing how to operate under the NFL’s hard cap system might be an advantage. They also have prior experience bidding for Minnesota United and holding that stake in Nashville. At the same time, Segal comes into the league without the constraints of experience. MLS operates in a unique way relative to professional soccer, much less the other sports. It’s still a league in process, adopting rules that change the scope of the competition.

With so much excitement over new teams and the flashy spending happening in places like Atlanta and Los Angeles, it’s easy to forget that operating a winning franchise is difficult. Only one team can win a championship in a given year, after all. In Orlando and Houston, fans will enter the summer wondering if their clubs’ new investor/operators can push them closer to the only thing that matters. That’s always going to be the MLS Cup.