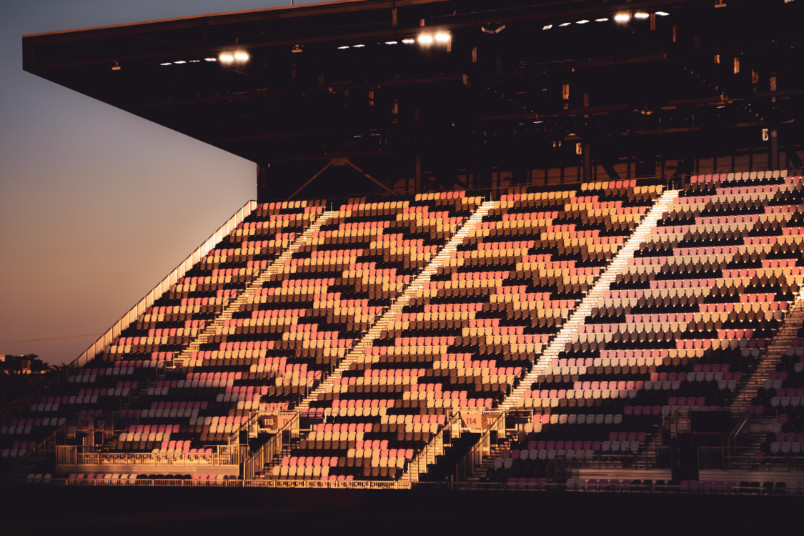 By Clemente Lisi – NEW YORK, NY (May 3, 2021) US Soccer Players – There’s no place like home. That’s what a young Dorothy in the film “The Wizard of Oz” repeated to herself as she attempted to return to Kansas. In soccer, like in sports generally, playing at home and before your own fans has been considered a positive. In the pandemic era, home-field advantage and supporters have taken on a whole new meaning.

For some teams, it will take more than clicking one’s shoes to get back to playing at home before large crowds. Gone are cardboard cutouts or empty stands since restrictions are lifting, to one extent or another, across the US. The biggest issue, however, remains travel and virus transmission. For MLS, a league that stretches across North America with three teams in Canada, that means having to deal with governments who have different regulations regarding border crossings.

The league’s three teams across the border – CF Montreal, Toronto FC, and the Vancouver Whitecaps – aren’t allowed to freely cross the border in and out of Canada to play games. Same goes for the league’s US-based franchises looking to play there. That means having to set up alternate home venues for Canadian clubs in the United States.

Playing on fields and in facilities that are foreign to those teams isn’t an advantage. Neither is no home support so far this season, something key in soccer given the power of the “12th man.” The concept of playing at home during a pandemic has been totally upended over the past 14 months and continues to be an issue.

These teams haven’t played at home since March 2020 when everything went into lockdown. Last summer, Montreal relocated to Red Bull Arena, while Vancouver finished out the season in Portland. Toronto was based just north of New York City in East Hartford, Connecticut. The timeline from when these teams can return to their home venues depends on several factors outside the control of MLS. An increase in vaccinations and decrease of infections would go a long way in lifting the travel restriction.

“Rest assured, our main objective is to play as many of our home games in Vancouver as possible,” said Whitecaps CEO and sporting director Axel Schuster. “We’re working very closely with the league and public health officials and look forward to a time when our fans can safely attend matches at BC Place once again.”

Like Montreal further south, Toronto FC has had to endure hot and humid weather. A video last week posted on the club’s website showed the players trying to evade an alligator that had wandered into their training facility.

“It’s par for the course when you’re here by the water in Florida,” TFC coach Chris Armas told reporters.

Gators aside, Armas said things like the schedule and start times fall into their “bucket of excuses” that they want to avoid going forward. Quantifying home-field advantage over a long MLS season is one thing, but Toronto has to deal with it in the Concacaf Champions League. Conceding goals at home to opponents will hurt them over two legs in a knockout round format. TFC’s nomadic existence has brought with it mixed results so far this season.

Dubbed “Torlando” by Canadian media, Armas has continued to use phrases such as “like here in Toronto” during Zoom calls with reporters from Orlando. Being away from BMO Field has affected them, especially in the Champions League. Playing at “home” on April 27 in the quarterfinals behind closed doors at Tampa’s Raymond James Stadium, Toronto lost 3-1 to Cruz Azul. The teams play in the second leg on May 4 at the Estadio Azteca in Mexico City.

The league’s 27 teams, depending on location, have had different protocols regarding the number of fans allowed inside venues during games. Limited number of fans and sections set off to create social distancing is the norm in places like New York and New Jersey, affecting the Red Bulls and NYCFC. On the other hand, capacity increased in Texas and Florida.

Concacaf has followed suit in planning the venues for this summer’s Gold Cup. The US will once again host the tournament across 11 stadiums in eight cities, with no chance for Canada to co-host because of travel limits. Six of those stadiums are in Texas. Virus restrictions weren’t part of Concacaf’s announcement. The 61,000-seat Allegiant Stadium, located in the Las Vegas suburb of Paradise, will host the final on August 1. There are no details on how many fans will be allowed to attend the match. Like all sports leagues, Concacaf is hoping for a chance at selling as many tickets as possible as soccer tries to emerge from the pandemic.