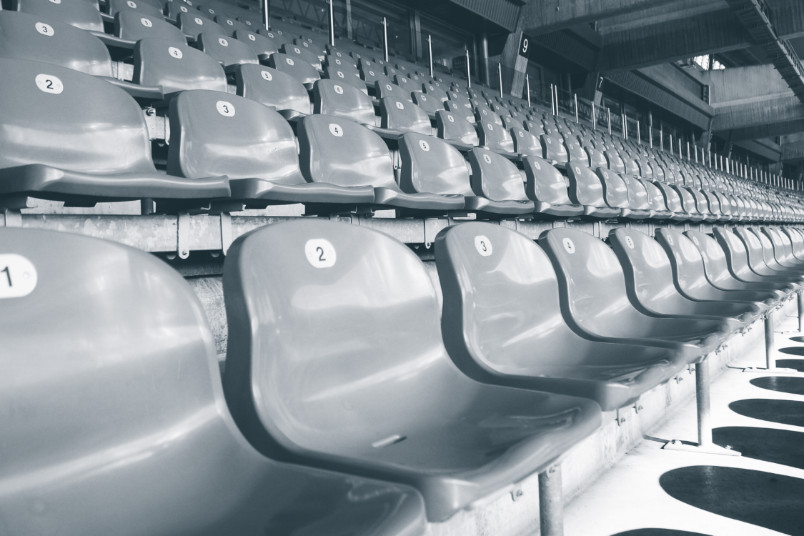 By J Hutcherson (May 25, 2021) US Soccer Players – There’s a difference between what we learned and what we think we learned from European soccer during the 2020-21 season. The big picture takeaway is that the game survived without the event revenue from tickets, concessions, and merchandise. The quicker takeaway is that a dozen of Europe’s biggest clubs decided that they should be in control of one of the most lucrative aspects, subbing in their own competition for the Champions League. It’s almost impossible not to see those two things as related.

Last season’s shutdown and eventual restart showed just how important keeping games on the schedule is for European soccer’s economics. There are too many contracts and too much at stake for even a global pandemic to shut the game down for an extended period. Led by the Bundesliga, most of Europe got back to it. It’s worth a reminder that most aren’t all. Neither Ligue 1 nor the Eredivisie hit the wall financially because they didn’t resume their seasons. Their clubs remained in business and started this season as expected. Ligue 1 even navigated a broadcast rights issue that emerged during the season. The games continued. The predictions of turmoil across Europe haven’t happened. Well, not for lack of trying.

Europe’s elite planned to alter one aspect of the game, its most lucrative but ultimately most associated with clubs like them. The Champions League as an open competition is technically accurate, but the winners’ list speaks to a specific commonality. It’s the clubs most willing to spend at the top of European soccer taking home the trophy. That won’t change on Saturday, with two of the breakaway dozen playing for club soccer’s biggest prize.

Still, it wasn’t hard for anybody to predict a follow-along impact had The Super League plan lasted longer than a couple of days. Belgium and the Netherlands planning to merge their leagues speaks to that same idea. Things need to change quickly, not just for the teams that see themselves left out but also for the top of the European money table. Real Madrid and Barcelona’s financial issues this season have to suggest a trend. Should other teams follow in making their struggles public, it could be the push the game can’t easily handle.

Even if there are obvious fixes like the salary cap idea most recently voiced by FIFA president Gianni Infantino, we don’t know what the sport looks like coming out of that kind of disruption. All well and good, some would argue. The game needs a return to the era where it wasn’t just about spending as much as possible. Unfortunately for that kind of soccer meritocracy, we don’t know what happens with tight controls over spending and how it would impact player movement.

This isn’t a genie in or out of the bottle scenario. It’s an unknown, something that could reset European soccer in unpredictable ways. All involved seem to be working against unpredictability. The complaints about the Champions League revamp announced less than a day after The Super League news broke spoke to that. UEFA tried to keep the elite clubs onside by further limiting the openness of their marquee competition. That wasn’t enough to prevent the attempted breakaway, the clearest indication of a section of the elite clubs believing they need more.

It’s hard to argue that they’re not right, at least to a degree. If the game insists on always increasing payrolls alongside expectations, that money has to come from somewhere. The obvious way for clubs to maximize that is to cut out governing bodies and what passes for tradition. Another reminder that’s again worthwhile, the breakaway era is now closing in on its 30th anniversary.

Where this is taking the sport in Europe is the question. Last week, The New York Times reported on what they believe to be FIFA’s potential involvement in The Super League discussions. If it weren’t for the pandemic, FIFA would be planning to hold its revamped Club World Cup in a few weeks. That’s their attempt to reset the hierarchy in club soccer, a direct challenge to the importance of the Champions League as the de facto world championship. It doesn’t matter if only UEFA members can play in a tournament when there’s no argument that the best clubs with world all-star rosters come from that region.

This is why there isn’t going to be a return to normal even if most expect fans back in stadiums for the 2021-22 season. UEFA adds the Europa Conference League. 2022-23 will pause for the 2022 World Cup in November and December. 2024-25 is the beginning of the revamped Champions League. At some point in the near term, FIFA’s updated version of a world club championship will happen.

All of that was in process before world sport had no choice but to put their seasons on pause last March. European club soccer, and by extension world soccer, had already decided to change. How much is still the question. That’s the lesson learned from 2020-21.