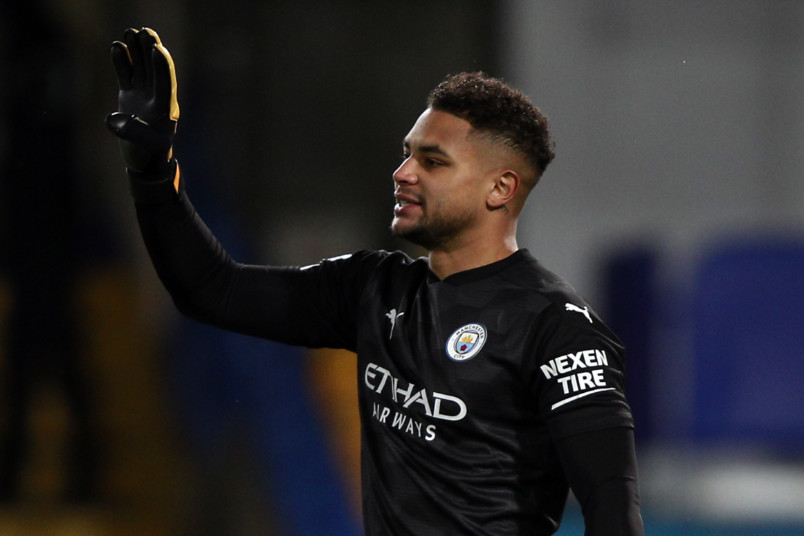 Wednesday’s soccer news starts with the Premier League title. Manchester City officially won the 2020-21 trophy courtesy of Manchester United losing 2-1 to Leicester City at Old Trafford. Manchester City’s 80 points after 35 games is out of reach of 2nd-place United with 70 points from 35 games. In all fairness to the other contenders, Manchester City has been practically out of reach for weeks through winning 19 of their last 21 games.

“This has been a season and a Premier League title like no other,” City manager Pep Guardiola said. “This was the hardest one. We will always remember this season for the way that we won. I am so proud to be the manager here and of this group of players. They are so special. To come through this season – with all the restrictions and difficulties we’ve faced – and show the consistency we have is remarkable. It is relentless. Every single day, they are there, fighting for success, trying always to be better. They have been so, so resilient.”

Part of Guardiola’s comments are more about the biggest game left on the schedule. Manchester City exited the FA Cup 1-0 to Chelsea on April 17 and lost to them 2-1 at home in the Premier League last Saturday. That’s the team they’ll face wherever UEFA decides to hold the Champions League final on May 29. There’s no way to put the Premier League title ahead of the Champions League title for England’s elite clubs. Winning Europe trumps the domestic league, something both clubs are well aware of as the countdown to the final continues.

Sergino Dest subbed on in the 82nd minute and Konrad de la Fuente wasn’t in the squad for Barcelona’s 3-3 draw at Levante in La Liga. Lionel Messi put Barca up in the 25th with Pedri doubling the lead in the 34th. Levante responded with goals in the 57th and 59th. Ousmane Dembele returned Barcelona’s lead in the 64th with Levante equalizing in the 83rd minute.

Andrew Wooten subbed out in the 82nd minute of Admira Wacker’s 0-0 draw at Ried in the Austrian Bundesliga. Erik Palmer-Brown’s Austria Vienna beat Hartberg 3-1 at home. PAtrick Wimmer scored for Austria Vienna in the 27th with Dominik Fitz doubling the lead in the 42nd. Hartberg scored in the 73rd with Austria Vienna’s Manprit Sarkaria converting a penalty two minutes into stoppage time. Palmer-Brown saw yellow in the 50th minute.

In Turkey, DeAndre Yedlin’s Galatasaray beat Mix Diskerud’s Denizlispor 4-1 on the road. Halil Dervisoglu scored for Galatasaray in the 22nd with Ryan Babel converting a 35th minute penalty. Recep Niyaz pulled a goal back for Denizlispor in the 62nd, but Hugo Rodallega saw red in the 85th. Galatasaray’s Mostafa Fathi capitalized from the penalty spot in the 86th, scoring again in the 89th minute. Tyler Boyd was on the bench for Sivasspor’s 2-1 win at Fenerbahce. Olarenwaju Kayode scored a minute into stoppage time with Hakan Arslan making it 2-0 Sivasspor in the 48th. Fenerbahce scored three minutes into stoppage time.