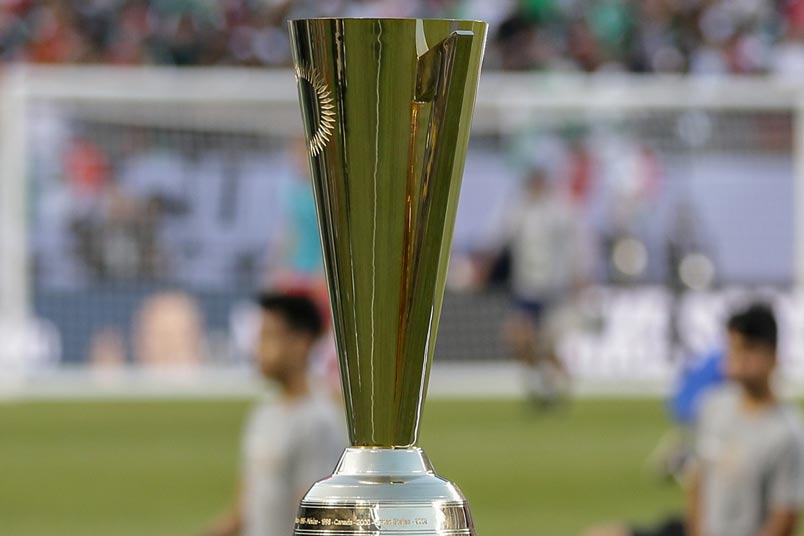 Friday’s soccer news starts with Concacaf taking another step towards the Gold Cup that starts on July 10. We now know the preliminary rosters for the participating teams, which tells us next to nothing since they could include a maximum of 60 players. In the press release announcing a whole lot of players potentially participating in the 2021 Gold Cup, Concacaf specified that “The final 23-player rosters for all participating teams will be confirmed prior to the start of the Preliminary Round (Prelims).”

Is it worth asking why Concacaf’s push for more games has somehow made finalizing rosters difficult? We already know that USMNT coach Gregg Berhalter was planning on a squad rotation following the Nations League. With the Gold Cup pushed from June to July, he had little choice considering fatigue and the start of preseason for European clubs. His incredibly lengthy preliminary roster reflects that. It’s an open question what the final 23-man roster might look like since he has 59 players to choose from.

Unfortunately for Concacaf, this speaks to a broader impression the confederation continues to give. If UEFA does something, chances are, so will Concacaf, regardless of how much practical sense it makes for this region. The push for games that count for the Caribbean zone, in particular, led to the preliminary round of the Gold Cup. That’s also used as partial justification for the Nations League, with the preliminary round determined by results from that competition.

It may be worth the reminder that pandemic issues mean that the preliminary round happens the week before the Gold Cup. It features a dozen teams playing out three mini-tournaments at Inter Miami’s stadium in Fort Lauderdale. Fair enough to look at that as part of the tournament as a whole, with the Gold Cup now involving 25 teams total. Three of the preliminary round teams advance to the Gold Cup proper, now at 16 teams. Let’s assume one of them goes on a run to the final. They would end up playing eight games between July 2 or 3 and the final on August 1. At a minimum, the three teams that qualify from the preliminary round will play five games that count.

Since the point is to get the games in for clubs that otherwise might not have them, Concacaf is providing plenty of opportunities. Even the the losers in round one of the preliminaries will have a game that counted in a window that otherwise might have remained empty. Still, for some, this should feel more like an obligation than a competitive chance. The USMNT doesn’t have any warm-up friendlies before the start of the Gold Cup even though the bulk of this squad wasn’t involved in the June Nations League window. If we consider the losing Nations League semifinalists the other likely contenders, Costa Rica and Honduras also don’t have pre-Gold Cup friendlies on the schedule. Mexico is the exception, playing Panama on June 30 in Nashville and Nigeria in LA on July 3.

If nothing else, the games preceding the tournament proper should give us an idea of their value. Should the preliminary round winners prove tougher than expected, those games that counted in Florida would resonate. If Mexico stumbles, maybe adding on a couple of friendlies before the tournament is partly to blame.

Regardless, the push for more in the region has its obvious limits. It’s easy enough to look at the pandemic for compacting the schedule, but that’s just part of the story here. Following UEFA’s lead may make sense, but only in extremely specific circumstances. There’s not enough in common between there and here to use them as a guide. We all know it’s different in Concacaf, and what works here should be regoin specific.

MLSsoccer’s Matthew Doyle’s look at the USMNT provisional roster. The NY Times’ Tariq Panja with UEFA considering its options over the EURO 2020 final.