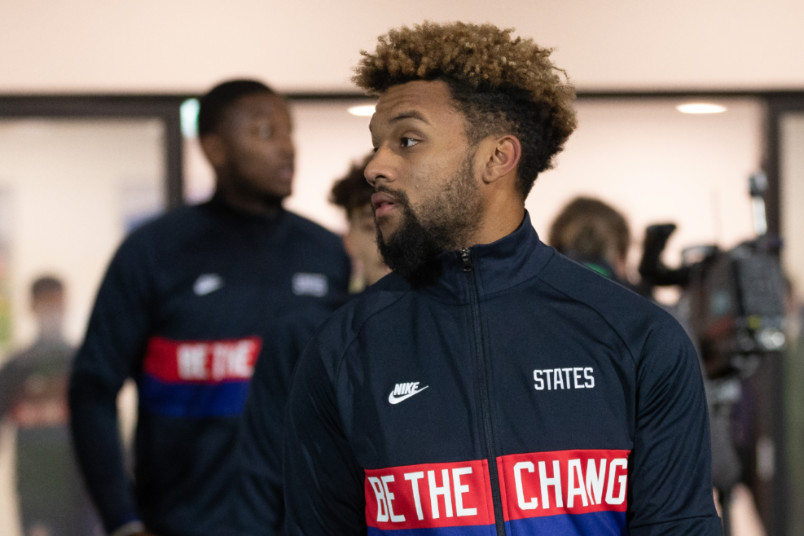 Wednesday’s soccer news starts with USMNT player Konrad de la Fuente completing a transfer from Barcelona to Marseille in France’s Ligue 1. Showing the beginnings of a breakthrough last season with Barcelona, he now joins Marseille on a four-year deal. Barcelona announced a €3m transfer fee with Barca retaining a percentage of a future transfer, reported to be 50%. “FC Barcelona publicly expresses its gratitude to Konrad de la Fuente for his commitment and dedication and wishes him good luck and success in the future,” their statement read.

De La Fuente is an emerging talent for club and country. He turns 20 on July 16 and is a product of the Barcelona youth system. There’s no doubt for how that should translate with Marseille, giving De La Fuente a clear path to becoming a major talent in the first team.

Marseille finished 5th in Ligue 1 last season, meaning Europa League soccer this fall. It’s a league just outside of the big four, meaning the top two teams qualify directly for the Champions League with 3rd-place entering the third qualifying round. Targeting the Champions League is reasonable for Marseille, who finished 2nd in 2019-20 to make the group stage last season. That was the first time they played in Europe’s top competition since 2013-14. They won Ligue 1 in 2009-10.

Former LA Dodgers owner Frank McCourt owns Marseille, with Jorge Sampaoli in his first full season as coach. Sampaoli left a lengthy career coaching in South America, including national team jobs with Chile and Argentina, to take the Marseille job at the end of February. De La Fuente is the first major move of the summer, with their preseason schedule beginning this weekend hosting Martigues on Sunday. Their Ligue 1 season starts at Montpellier on August 8.

Moving to Major League Soccer, San Jose announced that Jesse Fioranelli is no longer the club’s general manager. “I would like to thank Jesse for his commitment and dedication to our club,” managing partner John Fisher said in the press statement. “We sincerely appreciate his efforts over the past four and a half years. We wish him and his family the best of luck moving forward. With the majority of the season remaining, our focus is on earning a playoff spot, and we have confidence that Matias, our coaching staff and our players, who led us to the playoffs last year, can turn this around and make that happen.”

San Jose is in 10th-place in the Western Conference with 10 points from 11 games. That has them tied in points with 9th-place Dallas who has a game in hand and 12th-place Austin. The Earthquakes’ last win was at Real Salt Lake on May 7. They drew 0-0 at Austin on June 19 before losing 5-0 at Orlando and 3-1 at home to the Galaxy.

“When you lose, I try to see the negatives, which I have obviously seen, but I also need to look at the positives,” San Jose coach Matias Almeyda said following the loss to the Galaxy. Obviously, it’s better to win derbies. I thought the team looked different today from the previous match. They recovered their identity, and we keep repeating the same mistakes and resetting in the middle. We hit the post four times, we had goal-scoring chances. When a winning team such as the LA Galaxy sits back, it will be normal for them to have dangerous counter-attacking moments.”