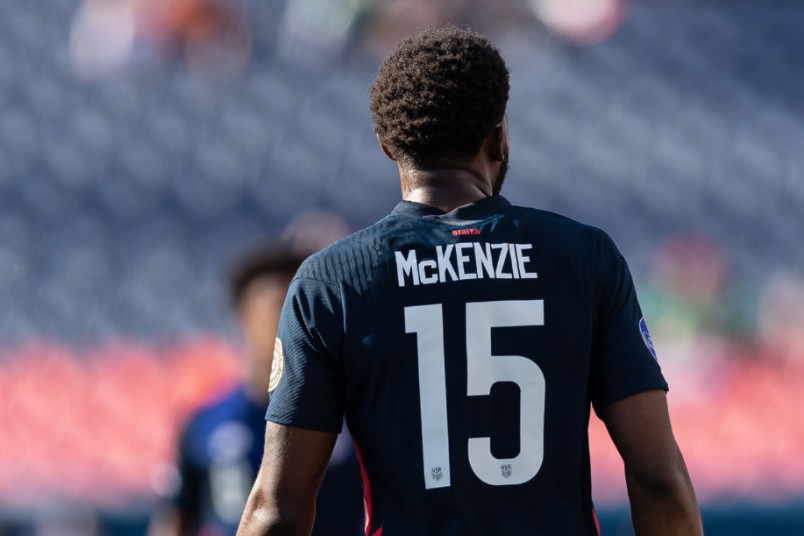 Wednesday’s soccer news starts with the latest example of racist abuse directed at a professional soccer player on social media. This time, it was USMNT and KRC Genk defender Mark McKenzie. Just two days after winning the Concacaf Nations League, McKenzie shared an example of what he sees on social media. His own comment read “the amount of racial abuse and personal attacks on myself and family from “supporters” and “non supporters” just ain’t it.”

McKenzie posted a longer message to Twitter on Tuesday night, describing what he experienced following the Nations League final. He wrote in part “the remarks DURING and AFTER the match have no place in the beautiful game we love or in spaces supposed to unite. Supporters or non supporters, fans or not… it’s about having respect for your fellow brothers and sisters from various corners of the earth because our diversity is what makes us so powerful We as a people MUST do better and the organizations and corporations with the power to hand out repercussions NEED to step up and be held accountable as well. No more lip service – you’re either for positive change or part of the problem.”

During a media session in advance of Wednesday’s friendly, USMNT coach Gregg Berhalter called the treatment of McKenzie “absolutely disgusting.” He said, “The guys in our business, professional sports, you take enough criticism about performance, about guys having an off game, and saying you’re not a good player or something like that. And to bring something like race into it is absolutely disgusting and out of bounds.”

Similar abuse of players led to the European-led boycott of social media over a long weekend at the end of April. The abuse has become so constant that all of soccer has pushed for social media platforms to act. In a statement, the Premier League, Football Association, Football League, the English players union, and other stakeholders pointed to the source of the problem.

“We want social media companies to do more to prevent the online discriminatory abuse received by players and many others across the world, which goes without any real-life consequences for the perpetrators,” they wrote. “We know that a boycott alone will not eradicate this, which is why we will continue to take proactive steps to call for change. We will not stop challenging social media companies until discriminatory online abuse is removed from our game and wider society.”

Also in the soccer news, Walker Zimmerman joins the USMNT roster for the Costa Rica friendly. Matt Miazga exits the squad in advance of his wedding. The USMNT also announced that Zack Steffen and Bryan Reynolds are both out with injuries. The Salt Lake Tribune’s Alex Vejar previews USMNT vs Costa Rica. SI’s Avi Creditor has Berhalter explaining his roster decisions. SBI’s Ives Galarcep goes in-depth with the USMNT’s win over Mexico.