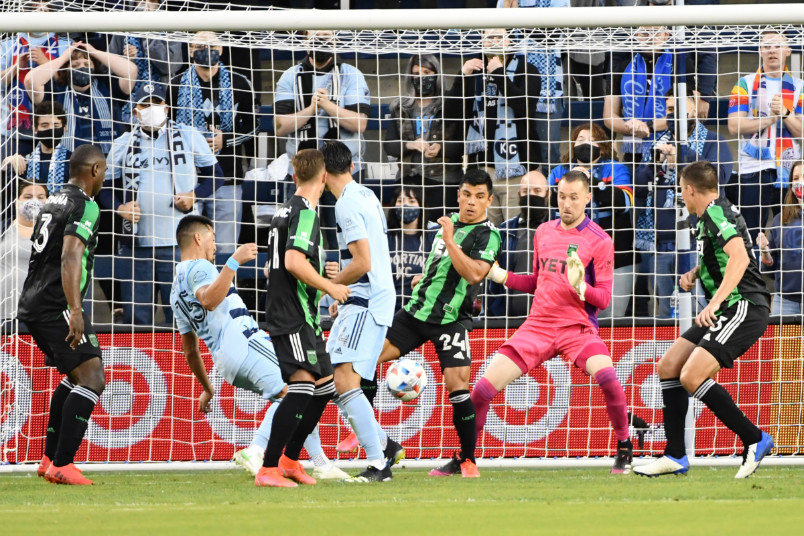 Friday’s soccer news starts with the return of Major League Soccer after the Nations League break for all of one game. In a push for interest against EURO 2020 and the Copa America. Mexico vs Honduras, and Canada in World Cup qualifying on the 12 and 15, it’s only Sporting Kansas City vs Austin this weekend. It’s a Western Conference match-up between 2nd-place and 11th, with Austin remaining on the road waiting on their new stadium.

As a proxy for the state of MLS right now, this is a tough one. Sporting Kansas City has emerged over its opening eight games as a legitimate contender in MLS, but they’re short Alan Pulido, who remains with Mexico. That’s five goals he represents, third in the MLS scoring table. Sporting KC has a three-game win streak on the line, trying to close the two-point gap between 2nd and 1st-place Seattle.

Meanwhile, Austin FC ended a three-game losing streak with a 0-0 draw at those same Sounders on May 30. In a season of firsts, drawing at the league leaders is a big one. It was Sporting who started that losing streak for Austin, beating them 2-1 at home on May 9. It’s worth the reminder that Austin went a goal up and a man down before Sporting staged a late comeback. Ilie Sanchez and Gadi Kinda were the goalscorers, showing this is a team about more than Pulido banging in the goals.

“We’re missing a big piece, he plays a big role in this team,” Vermes said. “But I think we still have threatening attacking pieces. No matter where any player is on the field, we should be able to get the job done.”

Moving to one of those tournaments, EURO 2020 should hinge on what happens in group F. The expectation is France going through, and it’s hard to pick against Cristiano Ronaldo’s Portugal. Well, except that Germany is playing at Bayern Munich’s Allianz Arena for all three of its games. Assume France and Portugal but don’t be surprised if Germany pushes through in one of the automatic places. All three should make it to the knockout round, and France playing Portugal in the final is an easy choice.

Is this another tournament where England enters with too much hype? Probably, though a game that counts against Scotland is interesting. England should take the top spot in group D with Crotia and the Czech Republic not likely to reset the standings. Group D’s winner plays the runner-up from group F, and that should be it for England. That’s how hard it is to downplay what loading up one group could mean for EURO 2022.

Soccer America’s Ian Plenderleith previews EURO 2020. BBC Sport’s guide to the tournament. The Guardian looks at the stadiums in use all over Europe. The Ringer’s Aric Jenkins lists his potential difference makers in EURO 2020. The NY Times’ Tariq Panja reports on a potential Saudi Arabia bid for the 2030 World Cup. Atlanta United announced that Emerson Hyndman tore his ACL in practice.