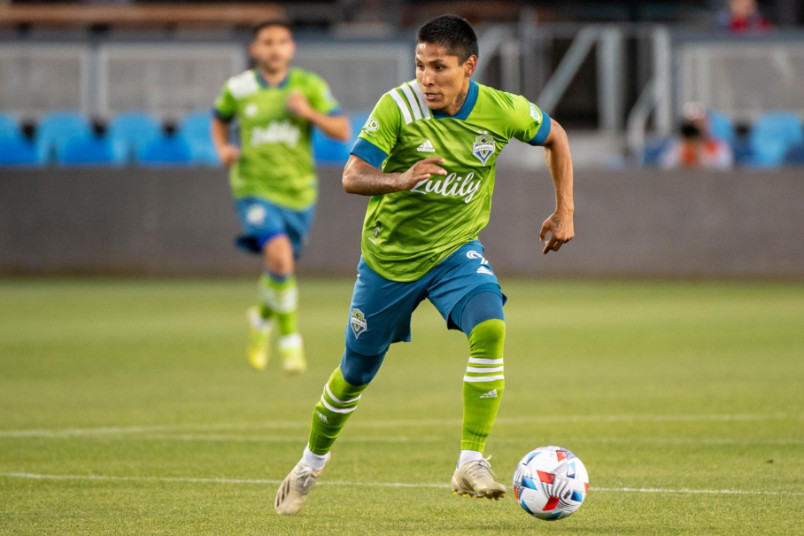 By Clemente Lisi – NEW YORK, NY (Jun 14, 2021) US Soccer Players – It’s a makeup summer in 2021, loaded with international tournaments due to the pandemic delay of the European Championship and Copa America. After taking two weeks off, MLS will resume play in the midst of the group stage of both competitions. Although some of its biggest stars will be on national team duty throughout the month and potentially into early July, there’s only so long the league can wait.

The Euros and Copa America feature some of the best national teams on the planet. With MLS growing in stature, it’s not unusual for national team coaches to call up players from America’s top pro league. It also highlights Major League Soccer’s misalignment with the European club calendar. While that’s been a talking point for the quarter century of its existence, there’s no easy answer for MLS.

It’s certainly prestigious for MLS teams to see some of their players leave for a few weeks, but it also leaves some of them depleted. While it seems like it’s never too early to talk about positions in a playoff league, there is the feeling that seasons can shift over what happens in June and July. Compounding that is next month’s Gold Cup.

The US will likely feature a team dominated by MLS talent as their European-based players return to their clubs in time for preseason. As expected, MLS coaches have to adjust their lineups. Depending on their squads, it could be weeks before some teams return to full strength. Here are five MLS players to watch who will be competing in either the Euros or Copa America.

The Chicago Fire midfielder failed to make the final roster that traveled to Russia for the 2018 World Cup. Three years later, Frankowski will try to help Poland go on a deep run at the Euros, a tournament where dark horses have succeeded in the past. The 26-year-old Frankowski has scored once in 10 appearances for his country. His game is about transition, switching between supporting the attack and defense. Poland’s goals should come from Bayern Munich superstar Robert Lewandowski, so the burden isn’t on the less likely scoring options. Due to the luck of the draw, it isn’t inconceivable for Poland to reach the quarterfinals.

Another midfielder from an upstart country, the 30-year-old Gregus is one of three Minnesota United FC players to make our list. In this case, Minnesota’s short-term loss is Slovakia’s gain. Gregus has been a mainstay on the Slovak roster since making his senior team debut in 2015, with 35 appearances and four goals. A free kick specialist, Gregus is a hardworking player. He can make things happen offensively on set pieces, while also doing the dirty work in the middle to help his side recover possession. Slovakia can turn some heads, and Gregus is one of the reasons why.

Gregus’s teammate at Minnesota, the 28-year-old Lod was on the field for Finland on Saturday when Denmark’s Christen Eriksen collapsed and went into cardiac arrest. While Finland won 1-0 after the game resumed, Eriksen’s health scare overshadowed everything else. Placed in Group B. Lod and his teammates face tough opposition in top-ranked Belgium and Russia. Used as both a midfielder and winger, Lod has 42 caps and four goals for Finland. He can help create goals from both sides of the field. He’s been a major contributor for the Loons, a player choosing MLS in his prime.

Peru enters the Copa America trying to show that the national team program is on the rise. At 30, Ruidiaz is an established veteran with 47 caps and four goals dating from 2011. He is the kind of player that can stabilize a team in tough situations. Group B contains Brazil, but there are enough spots to go around. The ten Copa America nations split into two groups or zones of five each. Four of those five teams from each zone advance to the knockout round. Ruidiaz’s Peru should expect to get a fourth game, but it will end up a question of finish. South America is still about avoiding knockout games against Brazil and Argentina.

The Atlanta United striker returned from the injury that cost him most of last season. As one of the league’s highest-profile players, it’s no surprise that he’s on national team duty. The pandemic has already impacted Venezuela, costing them eight players against Brazil in what turned into a 3-0 loss on Sunday. The 28-year-old has 11 goals in 53 appearances for his country dating back to 2011. He’s a potential difference-maker in a difficult situation with Venezuela, where the bigger challenge is World Cup qualifying. Martinez’s incredible ball skills and scoring abilities make him a joy to watch for club and country.

EURO 2020 and the Copa America are necessary reminders of what attracting players in their prime means for Major League Soccer. International exposure through the league’s players certainly matters. The necessary disruptions to the league schedule and clubs not at full strength are part of the deal.