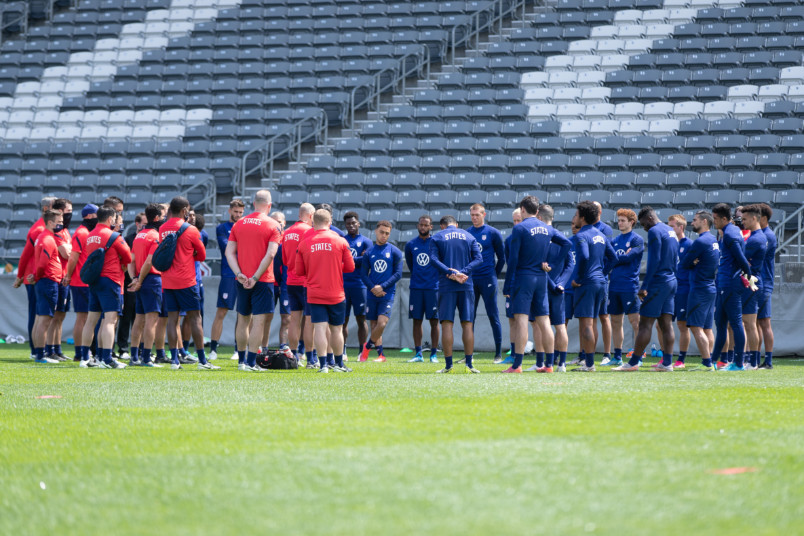 Thursday’s soccer news starts with the USMNT trying to advance in the Concacaf Nations League. The USMNT plays Honduras later tonight at Empower Field in Denver (7:30pm ET – Univision and Paramount+) with a spot in the final on the line. It’s been a long wait to bring the first Nations League to a conclusion, with Concacaf moving the final four to the March international window and then to June. The USMNT last played in the Nations League during the November 2019 international window.

That was also the last time the USMNT played a game that counted, winning 4-0 at Cuba after beating Canada 4-1 at home. Since then, there have been delays and friendlies with various versions of the USMNT. What we haven’t seen is a first-choice United States playing to advance. With that firmly in mind, here’s what we expect to see on Thursday.

The USMNT took the lead at Switzerland before losing 2-1. That included Switzerland missing a penalty. Though both teams finished with 10 shots and five on goal, it was the Swiss getting the better looks. As the ESPN commentating crew said during the broadcast, Switzerland was in control for long stretches. It’s hard to argue with that, raising questions about the USMNT defense in particular.

Specifically, that meant assignments and spacing along the back four. Fixing that requires minutes and players figuring out each other’s games. If a defender is playing higher up to create chances, someone has to cover. Those missed switches showed against Switzerland, but that should turn into an advantage once roles are clear. This group of players is too talented not to make the necessary adjustments within an overall tactical system.

Honduras is a different kind of scenario than a European friendly. The USMNT technical staff has stressed altitude acclimatization alongside getting this particular group of players in sync with each other. Both should provide an edge in the semifinal. Honduras is the lowest ranked of the teams advancing to the Nations League semifinals and it’s tough to draw anything from how they did in the league stage back in 2019.

It’s hard not to notice that all of Honduras’s forward core plays their club soccer in Portugal and Spain. There’s the expectation that Alberth Elis and Rigoberto Rivas in midfield will be the primary drivers for the Honduras attack. If that seems a bit one-dimensional, that may not matter. Holding a game close and looking to capitalize on one or two chances is the established way to get a result in Concacaf.

The other side of the bracket

Mexico may be more big player dependent than normal this time around, or we might be taking too much from a friendly win over Iceland. Hirving Lozano subbed on and changed the game, but two things are worth highlighting. Iceland’s early goal was of the own variety, and Mexico out-shot them 10 to 1. That may mean very little against Costa Rica, a team expected to play the kind of open game that could mean plenty of opportunities for both squads.

Costa Rica is Herediano and Alajuelense dependent, with ten players from those clubs. That could end up being beneficial, with the familiarity they should have turning into a bonus over a short-run tournament. Costa Rica’s challenge is obvious, but Mexico may still be a team in process under Tata Martino. Some of his roster decisions were interesting, opting for component parts over obvious names. That should be of concern for the rest of the field, with Tata’s version of El Tri eventually finding its rhythm and, more importantly, its purpose.

SI’s Brian Straus with what the Nations League final four means for the USMNT. MLSsoccer’s Charles Boehm looks at the issues with how to use Sergino Dest in a first choice USMNT lineup. The Washington Post’s Steven Goff previews the USMNT in the Nations League. American Soccer Now’s Brian sCiaretta profiles USMNT and KRC Genk player Mark McKenzie. ESPN’s preview of the Nations League semifinals.