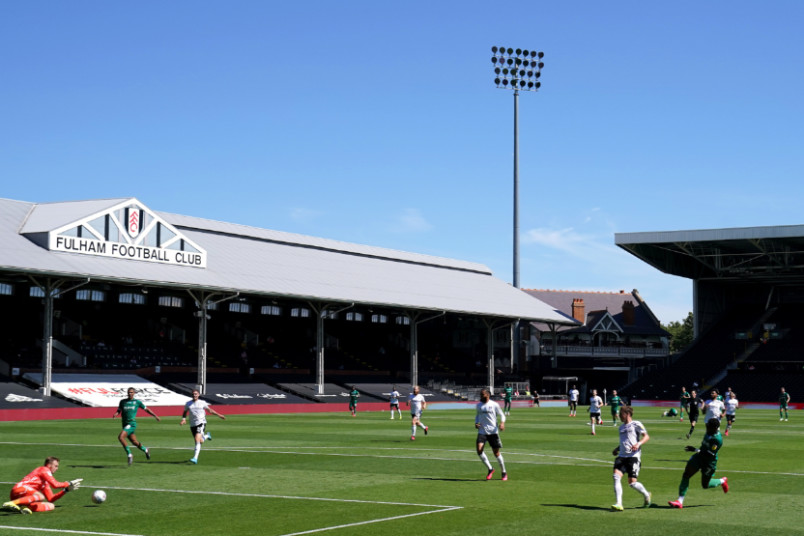 Tuesday’s soccer news starts with the situation for Fulham as they prepare for a season in the Championship. Tim Ream and Antonee Robinson’s club dropped out of the Premier League after finishing 18th, 11 points from safety. Like all teams dropping a division, there’s uncertainty about what the club will look like when the new season begins.

Changes for 2021-22 may include a new manager, with reports linking Scott Parker with a move to Bournemouth. Whatever does or doesn’t happen with Parker, very little is off the table when a club has to reorganize in a lower division. The scope changes so quickly it’s almost unavoidable.

Fulham owner Shahid Khan made his expectations for the upcoming season clear. “(W)e are organizing and preparing a squad whose ambition is to achieve promotion straight back to the Premier League,” he wrote on the club’s official site. “As your Chairman, I am fully committed to that goal and am confident that we will be successful in our mission.”

That may seem unnecessary, but it’s an interesting time for clubs across the divisions. The game’s economics are at issue after a season and a half of pandemic restrictions. With that are serious questions about what business will look like when the transfer window opens.

As Parker told Sky Sports following the game that confirmed Fulham’s relegation on May 11, “While we have had progression, we have fallen short at this level. There is no denying that, that is why we have been relegated. We need to work out what we need to do to improve that, not just as players and a team but as a football club. We’ve had a relegation, promotion, and relegation. After the highs and lows of that journey, we need to find how we can keep a level about us. That is the next task.”

No doubt, showing that a club can figure out the game on the field and administrative strategies to make it work in the topflight. Yo-yo clubs create their own specific issues. Premier League money is nice, but it requires the ability to figure out a squad to maintain it without going all in and failing.

For the two USMNT players on Fulham’s roster, Robinson is under contract until the end of the 2023-24 season. Ream signed a new deal with the club at the end of the season. Both have shown they can contribute at Premier League level as well as navigating the Championship. Robinson did it on loan from Everton with Bolton and Wigan, making his breakthrough in the lower division after a permanent move to Wigan for the 2019-20 season. Ream has been with Fulham since the 2015-16 season.

What at least a season in the Championship means for each of them now is certainly worth asking. It’s a different league with a greater number of games that normally focus on the physical as well as the tactical. Barring very interesting transfer business from other clubs, Fulham should start the season as a clear favorite for promotion. As all involved with the club know, getting back is no longer the goal in itself. What that kind of pressure means over the course of at least 46 games in the Championship is already the story for the 2021-22 season.

MLSsoccer’s Matthew Doyle looks back at the USMNT in the Nations League window. The Athletic’s Joshua Kloke and Sam Stjeskal report on the situation with Jozy Altidore at Toronto FC. FourFourTwo’s Neil Billingham asks about expanded tournaments and tough group draws.