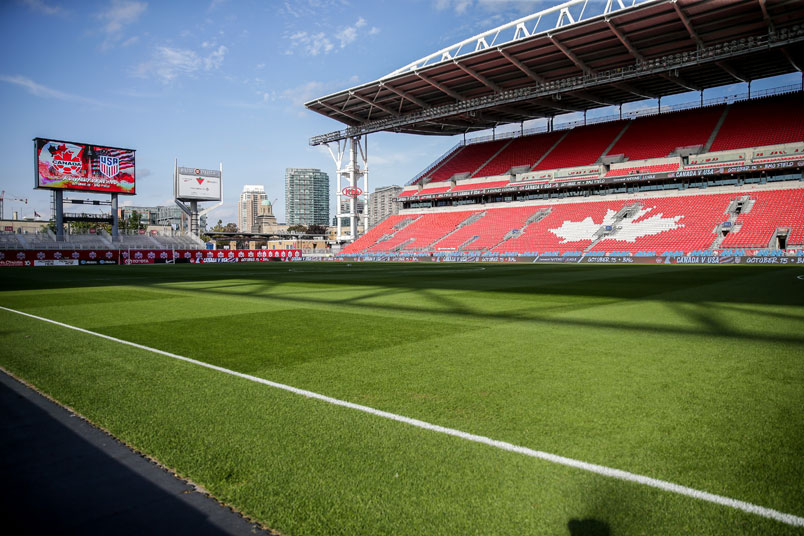 By Charles Boehm – WASHINGTON, DC (Jun 18, 2021) US Soccer Players – Much about the final round of Concacaf 2022 World Cup qualifying will look and feel familiar to the USMNT and their supporters. Costa Rica and Mexico are perennial adversaries in this phase, which this time grows from the fabled Hexagonal to the COVID-adjusted “Octagonal” format. Visits to the Distrito Federal and San Jose have been dauntingly difficult for United States teams for decades. That will likely continue in the coming months. Costly home losses to El Tri and Los Ticos in the 2018 cycle offer a reminder that there are no guarantees on domestic soil.

Honduras is also ever-present in this competition. Los Catrachos have made sultry San Pedro Sula one of the region’s most uncomfortable destinations. Their identity of defiance and fierce physicality is now well established. It’s earned them trips to two of the last three World Cups and four straight Olympic Games, a source of great pride amid the many challenges that have complicated daily life in the nation.

That blend of steel and gamesmanship has also become a central feature of their near-neighbors from Panama. While the USMNT have historically very rarely lost to them, Los Canaleros tend to be unpleasant to play. Their fans are infamous for their disruptive brand of hospitality when visitors touch down on the isthmus. While the vagaries of the FIFA World Rankings forced them to navigate the first two stages of qualifying, they’ve proven they belong.

This is just the third time this century that Jamaica has reached the final round of World Cup qualifying. Still, the Reggae Boyz are generally a known quantity, albeit with the possibility of a dramatic injection of dual-national talent from across their diaspora this time. They’ll be fast, rugged, staffed with a contingent of US- and Canadian-based players, and confident at “The Office” in Kingston.

It’s two less-familiar teams reaping the biggest benefits from the expanded “Ocho.” Both make the round-robin competition more interesting and potentially more challenging for the establishment.

Canada has long been one of this confederation’s biggest underachievers. The Great White North boasts a large soccer population and a 21st-century trend of growing domestic infrastructure via three MLS clubs and the arrival of the Canadian Premier League. Yet Les Rouges have wandered into one gut-wrenching qualification heartbreak after another. After taking part in the 1998 edition of the Hexagonal, they haven’t tasted the final round since this week’s breakthrough. Their World Cup duck is even older, dating back to their sole appearance in 1986.

Now, the outlook is unrecognizable compared to those bad old days. Canada was infuriated to find themselves just short of the arbitrary line for automatic third-found qualification Concacaf set via FIFA’s algorithms. That became fuel for a dominant march through the preliminary phases. They won six straight matches with 30 goals scored and just one conceded.

COVID-19 presented the substantial obstacle of an extended border closure that forced Canada into exile just like the country’s three MLS clubs. Empty venues in Florida and Illinois have had to serve as homes away from home, eroding the advantage they’ve often enjoyed on their turf. The group persevered, urged onward by the tubthumping persona of charismatic coach John Herdman. They handled potentially treacherous matchups like an Eredivisie-reinforced Suriname and a home-and-home series with Haiti.

“We shouldn’t be scared of anyone,” said goalkeeper and captain Milan Borjan after Tuesday’s advancement-clinching 3-0 win over Haiti at SeatGeek Stadium, former home of the Chicago Fire. “Teams should be scared of Canada now.”

Vancouver Whitecaps academy product and world-class Cinderella story Alphonso Davies headlines a deep player pool with standouts from MLS and European clubs alike. Herdman has shown tactical and selection chops to match his reputation for motivational skills. They look like legitimate contenders for Qatar, especially if they can play at home again during this cycle’s many cool-weather international windows.

As Borjan’s words suggest, the team’s collective confidence and composure are soaring. They may finally be approaching their long-dormant potential as they step up to what Herdman called “the big mountain” of the Octagonal. “Climb with us, it’s happening,” he said. “We did it.”

Canada and the rest of the Octagonal field would be wise not to overlook El Salvador along the way. On paper, Los Cuscatlecos are the biggest underdog among the eight finalists, a small country of modest means without a World Cup appearance since 1982 and just two trips to the Hexagonal. A USMNT icon and several dual nationals from the United States have bolstered their quest to become the mouse that roars in this cycle.

Hugo Perez took charge of El Salvador in April, stepping up from their Under-23s post in the wake of Carlos de los Cobos’ resignation due to family issues. He’s yet to taste defeat in four qualifiers. A veteran of the USA’s 1994 World Cup side and a US youth national teams coach from 2012-14, Perez has earned plaudits for his leadership. He is the first to note, though, that the small island nations they’ve faced thus far are a far cry from the tough Octagonal matchups to come.

“I have learned in my career that discipline and commitment is non-negotiable,” Perez said in a recent interview with a Salvadoran outlet. “We have won four games with 16 goals scored; everyone is happy, even those who don’t play. But when adversity comes, you realize it. We have taken an important step, but it will take time.”

To reinforce the squad, he has recruited some newcomers who will be familiar to many Stateside observers, starting with his nephew Josh Perez. The winger made more than two dozen appearances for US youth national teams as a member of the talented 1998-born group that also included Christian Pulisic, Tyler Adams and Haji Wright. He signed with Italian club Fiorentina as a teenager. After a spell with LAFC, he’s now back in Europe at second-division Spanish side UD Ibiza and switched his international allegiance in February.

Toronto FC defender Eriq Zavaleta and USL-based attackers Walmer Martinez and Joaquin Rivas were also added to the mix this year, contributing right out of the gates. Los Angeles native and Chivas USA product Gerson Mayen is another key figure for El Salvador. Fullback Alex Roldan, a standout for the Seattle Sounders in 2021 and brother of USMNTer Cristian, is reportedly set to join the Cuscatleco cause as well.

Canada and El Salvador also happen to be the USMNT’s first two opponents in qualifying. Gregg Berhalter’s group will open their Octagonal campaign with a visit to San Salvador to face Perez & Co. on September 2, then host Les Rouges in a US venue yet to be determined three days later before concluding that window at Honduras. That tricky trio of matchdays will set the tone for the demanding seven-month race for Qatar.

Notably, the return fixtures for the same three adversaries will take place in the new mid-winter window in late January and early February, presenting the potential for bone-chilling gamesmanship on the part of Canada and the US. Like the Hex, there are still only three automatic qualification slots on offer in the Ocho, which may amplify the importance of the traditional “win at home, draw on the road” calculations.

The margins for error could well be tighter than ever. That may make positive results against the Octagonal outsiders even more important than those against Concacaf’s traditional powers.