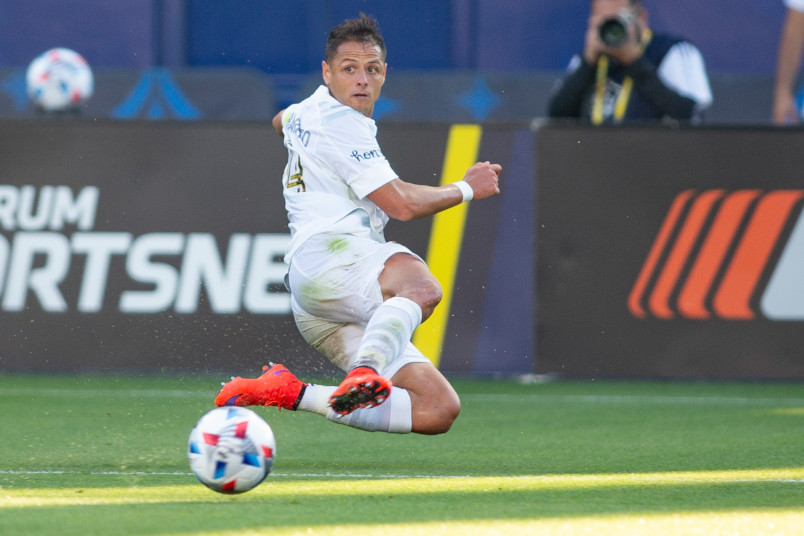 A year ago was one of those star-studded lean years. Javier “Chicharito” Hernandez joined the Galaxy, but old problems continued to surface over a strange season. The result was disappointment, missing out on the playoffs with a 10th-place finish in the Western Conference.

So far, this year has been the opposite. Hernandez is producing like the superstar that he is, and the Galaxy is reaping the rewards. Even with Hernandez filling the back of the net on a regular basis, the Galaxy is not quite a finished product. As the club nears the halfway mark of the season, its defense still allows too many goals for any coach’s liking. Regardless, where the club sits now is perhaps the best position it has been since 2016. That was the last time the club was a legitimate contender for the championship.

The Galaxy has been the biggest surprise of the 2021 season. Incoming coach Greg Vanney is also making a difference. Struggles have turned into clear advantages. The Galaxy as competitive as any team at or near the top of the Western Conference table. No team has come from the mess that the Galaxy was to the position they enjoy now. LA is third in the West with games in hand over the teams in front of them and tied for second in the league in points per game.

At first glance, Hernandez appears to be the reason why the Galaxy has turned things around so quickly. It makes sense, of course. After promising better before his second season, Hernandez leads the league in goals with 10, one more than Seattle sniper Raul Ruidiaz. In his first game, he matched his entire 2020 output, scoring twice in a 3-2 win over Inter Miami in the season opener and followed that up with a hat trick against the New York Red Bulls.

Hernandez has scored three goals in his last two games. His latest effort, a brace in a 3-1 win over rivals San Jose on Saturday, earned him MLS Player of the Week honors for the third time already this season. No other player has more than one.

The Galaxy knows it takes more than goals in MLS. They’ve seen a superstar give them a clear offensive advantage only for a porous defense to leak goals. Zlatan Ibrahimovic scored an astounding 52 goals in his two seasons in the league but all the Galaxy had to show for it was one playoff victory. The Galaxy failed to reach the playoffs in 2018 with Ibrahimovic scoring 22 goals and had one playoff win and an embarrassing 5-3 ouster by LAFC from the playoffs a year later.

Since the end of the Bruce Arena era, the defense has been the question. Last season, for instance, the Galaxy allowed 46 goals in 22 games. This year, the defense has gotten better. Now, it is still a bit unsightly. The Galaxy has yielded 15 goals in 10 games, a figure surpassed by just three Western Conference clubs. Transitioning from one of the league’s worst defenses to one that could help a club contend for a conference championship takes time.

Key to that for the Galaxy was the arrival of Sega Coulibaly. The ex-AS Nancy center back joined the club during the international break and has started the last three games in central defense. While the club still allowed four goals in that span, the defense could see some consistency from here on out.

In those last three games, the defense has lined up the same way – Julian Araujo and Jorge Villafana at right and left back, respectively, and Nick DePuy alongside Coulibaly in central defense. Maybe that’s not a championship-caliber back four but the Galaxy doesn’t necessarily need it to look like its 2011 backline, an airtight lights-out defense. If the Galaxy can continue getting goals from Hernandez at a high rate, a bend-but-don’t-break defense could be enough to keep the team near the top of the Western Conference table.

The Galaxy will have a bit of a test in its next match. They host 2nd-place Sporting KC on July 4th. For the Galaxy, this is their latest test. The Galaxy has already lost twice to frontrunners Seattle, most recently a 2-1 setback on June 19. The Galaxy won’t play Sporting KC again until October. A passing score in its exam could mean the Galaxy surges this summer. Following its match against Sporting KC, the Galaxy plays 10th-place FC Dallas, 8th-place Real Salt Lake, and 12th-place Vancouver in six of its following seven games. Combined, those teams have a 7-12-10 record.

If Hernandez and the Galaxy can take full advantage of the schedule, they could be pressing Seattle for Western dominance. With that would come a welcome return to the old days of Galaxy soccer.