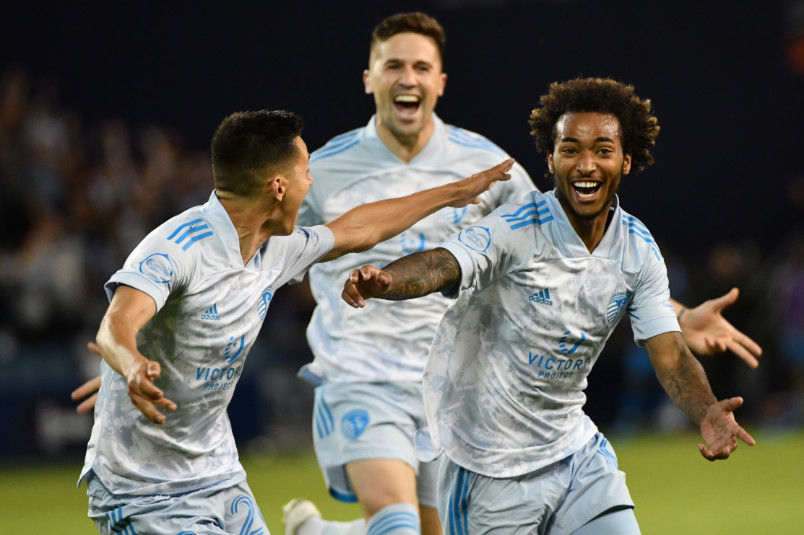 By Clemente Lisi – NEW YORK, NY (Jun 21, 2021) US Soccer Players – Soccer is a game that features few stats. Unlike baseball, there aren’t too many metrics used to judge players. A lot of it, especially in decades past, was based on gut instinct. Whether a defender could make a tackle or a midfielder regained possession was based on consistent performances and overall team results. Individual metrics were limited to strikers and goals scored and goalkeepers and goals against.

That was a different era. Over the past two decades, technology has helped introduce several new metrics to assess players in an array of categories. The distance a player has logged in a game, a stat that highlights work rate, and passing accuracy measured to distinguish the most talented players are now commonplace.

So while soccer was a game of few stats, new ones like “expected goals” are gaining in mainstream popularity. What exactly are expected goals? Opta, a British sports analytics company, defines it as “the quality of a shot based on several variables such as assist type, shot angle and distance from goal, whether it was a headed shot and whether it was defined as a big chance.”

The aim, Opta adds, is to give “an indication of how many goals a player or team should have scored on average, given the shots they have taken.” It’s the “big chance” that can go beyond mere goals and shots on net. This metric rewards a great final pass, but also helps to highlight when and with what frequency a striker misses. The attempts are ranked, including penalty kicks taken during games. A shot from inside the six-yard box has a higher expected goals percentage compared to a 40-yard attempt.

Expected goals, also known as xG, are not for measuring individuals alone. First used in 2012, the stat can assess whether teams win games because they create lots of chances or does it come down to other factors such as a great backline, strong goalkeeping or even chance. Above all, the stat helps show how players can score while also needing a different number of attempts to reach the same number of goals.

It’s a predictive model that teams now use to assess every scoring attempt and the likelihood of scoring. In other words, if a player or team has a higher xG (compared to actual goals scored), it’s likely because of ineffective shooting or bad luck. Meanwhile, if a player is scoring at a higher rate compared to their xG, it could be because the goals were scored as a result of an outstanding individual ability.

In fact, the stat is there to primarily separate skill from fortune. For example, France’s 1-0 win against Germany, via an own goal by center back Mats Hummels, at the Euros last week revealed a less-than-stellar xG total for the winning side. France managed a 0.32 xG to Germany’s 1.09. One game doesn’t mean a trend. Germany beat Portugal 4-2 this past Saturday in their second game, meaning this is a team that can create and score.

France, meanwhile, has a quality attack on paper with Kylian Mbappe and Karim Benzema and have been heralded as pre-tournament favorites to win it all. It will be interesting to see if that xG average, as expected, will rise as the tournament progresses. The French couldn’t get past a 1-1 draw with Hungary on Saturday with an xG at 2.35 compared to Hungary’s 0.61.

A larger sample size is MLS, which has already played a little over 20% of its games this season. Sporting Kansas City leads the league in xG with 1.87. Second is San Jose at 1.8, followed by Minnesota with 1.62. Overlay that with the Supporters’ Shield standings and you will find that Seattle Sounders in first, New England second, and Sporting KC in third.

Seattle ranked 18th overall in xG at 1.19 per game. What can we infer from that? Those stats show that it’s the Sounders defense and goalkeeping that have shined most so far this season. The team is first overall, tied with the Philadelphia Union, in clean sheets with five over eight games. Stefan Frei, sidelined since last month with a sprained knee suffered against the Earthquakes, has five of those shutouts. Back-up Stefan Cleveland recorded three.

Let’s look at Sporting KC. The team is third overall in the league, but first overall in goals scored with 17. That accounts for the better xG average. Defensively, they’ve given up 13 goals, tied with several teams for fourth-most in the league. To balance that, Sporting KC has to create more chances and ideally score off of them to stay ahead.

The metrics of xG does have its flaws. It favors teams and players who take lots of shots like Sporting KC, where they are first overall with 177. Teams that rely mostly on defensive tactics and possession and/or counterattacks to score goals don’t have high xGs. As a result, teams like that often have low expected goal rates.

Still, this is a stat that can prove useful when looking at a large number of matches, like at the end of a domestic club season, to see what went well and what didn’t offensively. It’s true that some don’t give xG much attention, but it is something the game is increasingly relying on to assess the strength and weaknesses of players and teams.