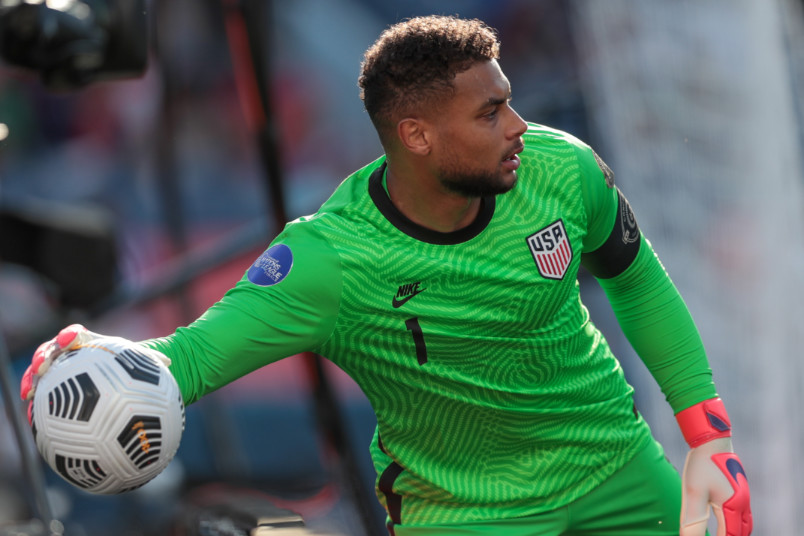 By Charles Boehm – WASHINGTON, DC (Jun 4, 2021) US Soccer Players – “That’s what the national team is. It’s unpredictable. You don’t know what players are coming in, you don’t know the form that the players are going to be coming in at, who’s playing more with their teams than who aren’t, who’s injured, who’s not. It’s always constantly changing.”

That was an observation from Clint Dempsey in a media call last week after the USMNT legend made his return from a post-retirement sabbatical to join CBS Sports’ television coverage team for the Concacaf Nations League knockout stage. It might be a decent place to start as we try to process what went down in Denver on Thursday night.

With 562 days gone by since their last competitive match, this Nations League semifinal against Honduras was to function as both opening night at the theater and final tuneup. The program now has its first shot at a trophy, with another to come at next month’s Gold Cup. Then it’s the World Cup qualifying cauldrons to come. Dempsey and his former USMNT teammates Charlie Davies and Oguchi Onyewu looking on from an open-air broadcast set high above the pitch at Empower Field at Mile High was rich in symbolism.

Even with so much expectation, no one really should have been surprised that Honduras made it difficult to show out or even string together enough sequences of positive play to build the tempo that this USMNT seeks. Los Catrachos sat deep. They tugged and tripped, hit the deck, massaged the clock. They worked the referee and liberally summoned the sideline stretcher crews, anything to disrupt the rhythm. Just like myriad other such matches over the decades, it worked as intended, regardless of anyone else’s aesthetic qualms.

“I thought more than anything, that’s the take-out of this game, other than going to a final and having a chance to lift a trophy,” said Sebastian Lletget postgame. “I think a lot of guys haven’t been in this sort of environment. But this is what it’s gonna be like in qualifying. So yeah, it’s tough, it’s a grind, but it’s what you have to deal with. So it’s just the reality of it… It just became very stop-start. We’re a team that want to build rhythm and it’s just hard to do that when a team does that to you.”

“It’s all about finding the pockets, finding the space on the field. And then we have to be smarter, we have to be more clever, we have to draw teams out and move the ball quicker. And we’ve got to play together and play as a team and communicate and help each other out,” said the goalkeeper. “I think that was lacking in this last game. We’ll learn from it.”

Honduras did more with less of the ball, troubling the US defense at key moments. They doggedly kept pace until Jordan Siebatcheu’s dramatic late header headed off the alarming prospect of penalties to break the deadlock. It was a thumping finish to a combination between John Brooks and Weston McKennie that was both clever and direct in nature. That suggested that the young Yanks had figured out the circumstances required just in the nick of time.

“I think it was great,” said coach Gregg Berhalter with a smile when asked about the opponent’s gamesmanship. “It’s what we needed. It’s what this group needed, to see the urgency, the desperation, the importance of a team getting a result. They were doing everything they could to hang on and get a result. And that’s what this is about. When you get into World Cup qualifying it’s that times two. So for our group, that’s what we needed. it wasn’t going to be a pretty football match. Honduras is a strong team, a compact team and a transition team. And that never makes for a pretty football match.”

This week marks the unofficial outset of a busy, pressure-packed 10-month march through three competitions, with an unprecedentedly congested World Cup qualifying process the heaviest and most important lift among them. As frustrated as the players and fans may have found Thursday’s performance overall, it appears the night’s greatest potential value lies in the lessons it offers for those impending trips to San Pedro Sula and Kingston and San Jose, and other destinations across the continent.

Much of the wider discussion around the program has centered on the so-called golden generation of young talent that has bubbled into the USMNT player pool. This international window’s games are one of their first chances to translate that into a collective display of quality for their national team.

Here’s where we go back to Dempsey’s words. The leaders of even the deepest and most competitive MNT squads find themselves performing a sort of triage when big windows roll around. Each gathering is a snapshot of who’s playing well or not, who’s hurt, and who isn’t. What combinations of players, roles, and shapes can work in search of the alchemy that adds up to the results required. Whatever the players have been doing at their clubs becomes prelude at that point, more than some predictive data set.

On the evidence of these 90-plus minutes, it’s quite reasonable to have doubts about Berhalter’s ability to execute his painstakingly methodical playing philosophy amid the chaotic tendencies of a typical Concacaf setting. It also probably makes more sense to take fuller stock of that after Sunday’s Nations League final vs Mexico, another heavily favored side who had to labor even harder to slip past Costa Rica in the other semi.

“Finding the pockets, making it more difficult on the team to defend us, and more dangerous in behind with making runs,” said McKennie of what’s needed the next time out. “That’s one of our strengths as a team, and then combining as well, and also finishing our chances that we get, just putting the game away early. I think whoever we play next, we’ll definitely be ready.”