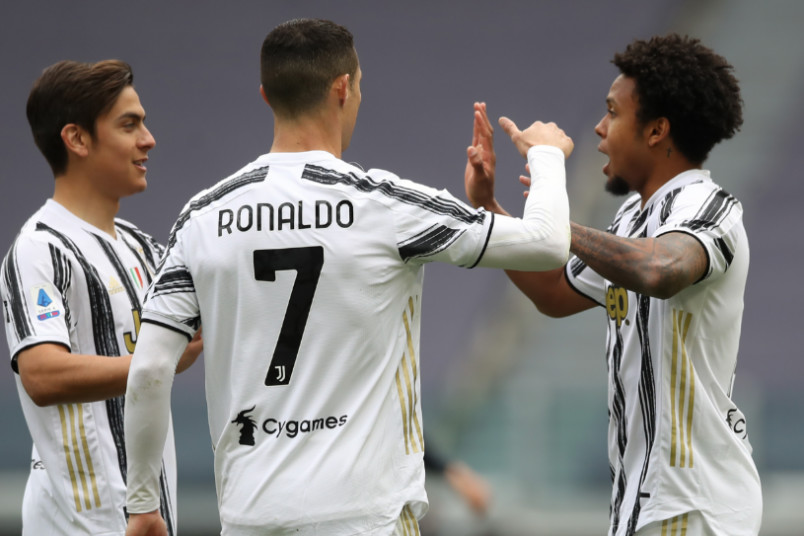 Tuesday’s soccer news starts with Juventus coach Massimliano Allegri setting expectations for his return to the club. Shocked looks, they’re quite high for Weston McKennie and the squad. Allegri returns after Juventus didn’t win their tenth-consecutive league title and exited the Champions League in the round of 16. Juventus being Juventus, they did win last season’s Supercoppa Italia and Coppa Italia, but that wasn’t enough to continue under Andrea Pirlo. Reenter Allegri, who was in charge for five of those Serie A titles and took Juventus to two Champions League finals.

“I found a lot of enthusiasm and a great desire to work,” Allegri said during his official introduction earlier today. “These are the conditions for a great season. Players who intrigue me? Rabiot has important qualities, McKennie has the instinct for goals. I’m lucky: many players have goals in their legs. There are many great potentials, on which we will work every day. I chose Juventus, and for me it is a great responsibility. I am very grateful for the Club, which has given me the opportunity to return to coaching and to win.”

While we’re still very much in the era where it’s worth taking a moment when a major coach returning to a massive club mentions an American player, McKennie earned that last season. Making the move from Schalke 04 to Juventus, he traded top European league while navigating everything that entails. That included showing enough through the first-half of the season that Juventus made his loan move permanent.

McKennie starts 2021-22 as an established first team player for the biggest club in Italian soccer. He played in 34 league games last season, scoring five goals. In total, he made 46 appearances across all competitions, adding a goal in the Champions League. Allegri expects more than that this season.

As expected, setting targets for a team like Juventus simply means winning. They’re one of a handful of clubs where that seems more like a restatement of intent rather than a reach. That it hasn’t worked out in the Champions League since 1995-96 now combines with last season’s 4th-place finish.

“In Serie A there are many good coaches,” Allegri said. “Inter are the favourites because they are reigning champions. We must build a path that will lead us to win the championship. The Champions League must be everyone’s desire. In the meantime, we must pass the first round. The best defence won this year too, so it’s important to concede fewer goals than the others. The feeling is that the Scudetto odds are 87/88 points, then we’ll see. The calendar fixture? We play when they tell us to play, no problem.”

Ricardo Pepi is putting together a standout season for FC Dallas and has already made the difference with his first USMNT opportunity.

Real Salt Lake has had another season of upheaval as the league searches for a new investor/operator and the club looks for a new coach.