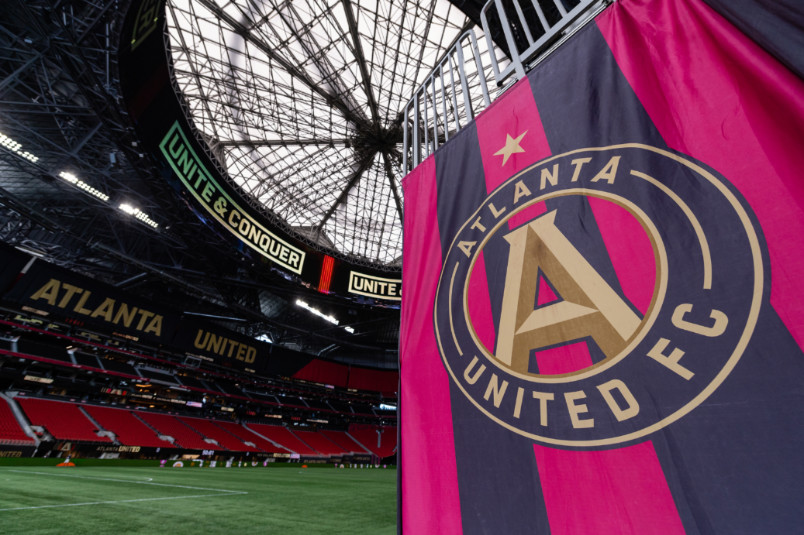 The recap of Week 13 of the 2021 MLS season starts in Atlanta. After reports that star player Josef Martinez was practicing on his own, Atlanta lost 1-0 at home to New England. Gustavo Bou scored the game’s only goal in the 18th minute with Brad Knighton making five saves in the shutout. It would be the last game in charge for Atlanta coach Gabriel Heinze. The club announced on Sunday that Heinze was no longer the coach, with “A variety of issues relating to the day-to-day leadership of the team led the club to this decision.”

“This was certainly not a decision we wanted to make at this point in our season, but it was the right one for the club,” club president Darren Eales said in a press statement. “Gabi is a talented coach and is undeniably passionate about his craft and the sport of soccer. We are grateful to him for his service; and wish him all the best in the future.”

Jozy Altidore scored in his return to the Toronto lineup in the 1-1 draw with Orlando at BMO Field. Altidore’s goal came in the 72nd minute with Nani equalizing from the penalty spot in the 77th.

“I think you saw that in that celebration,” Altidore said. “It’s a big relief to be home.”

Philadelphia also won 2-1 at home against DC United. Sergio Santos gave the Union the lead in the 11th with DC United’s Yamil Asad converting a penalty in the 51st minute. Kacper Przybylko scored for the Union in the 83rd.

Plenty of goals in Montreal’s return to Stade Saputo, beating FC Cincinnati 5-4. Haris Medunjanin put Cincinnati up in the 6th with Brenner making it 2-0 in the 14th. Mason Toye pulled a goal back for Montreal in the 21st with Joaquin Torres equalizing in the 34th. Gustavo Vallecilla made it 3-2 Cincinnati in the 42nd with Brenner scoring again in the 46th minute. Montreal responded with a Toye penalty in the 72nd and Ahmed Hafez scoring in the 74th and 87th minutes.

Nashville held up at home with a 5-1 win over Chicago. Hany Mukhtar had a hat-trick, scoring in the 10th and 13th minutes. Chicago’s Johan Kappelhof saw red in the 14th with Mukhtar scoring his third in the 16th. CJ Sapong made it 4-0 Nashville in the 39th. Chicago got a goal from Ignacio Aliseda in the 47th with Brian Anunga scoring Nashville’s fifth in the 62nd minute. Chicago head coach Raphael Wicky was away with a family emergency.

“Listen, right now at the moment, I think the first thing that’s on my mind and the team’s mind and the whole club and organization is with Rapha and his family, and our thoughts, our prayers are with him,” Chicago assistant coach Frankie Klopas said. “So that’s just the first thing that’s going through my mind right now. And then the second thing is, look, I think when I look at this game, you cannot have a start like that. The first 15 minutes, I thought the game was over. We had a poor start, we go down 2-0 and you get a red card. That’s the difficult one.”

Colorado and San Jose finished 1-1 at Dick’s Sporting Goods Park. Javier Lopez put the Quakes up in the 11th with Cole Bassett equalizing in the 53rd.

Vancouver came back to beat the Galaxy 2-1 at Rio Tinto Stadium. Rayan Raveloson put LA up in the 5th with Deiber Caicedo equalizing in the 48th. Cristian Dajome scored for Vancouver in the 77th.

LAFC beat Real Salt Lake 2-1 at home. Diego Rossi scored for LA in the 10th with Aaron Herrera equalizing in the 18th. Carlos Vela got the winning goal for LAFC in the 79th minute.

On Sunday, Minnesota shutout Seattle 1-0 at home to bring an end to the Sounders’ record-setting undefeated start to the season. Robin Lod scored in the 81st with Tyler Miller making four saves to keep the clean sheet.