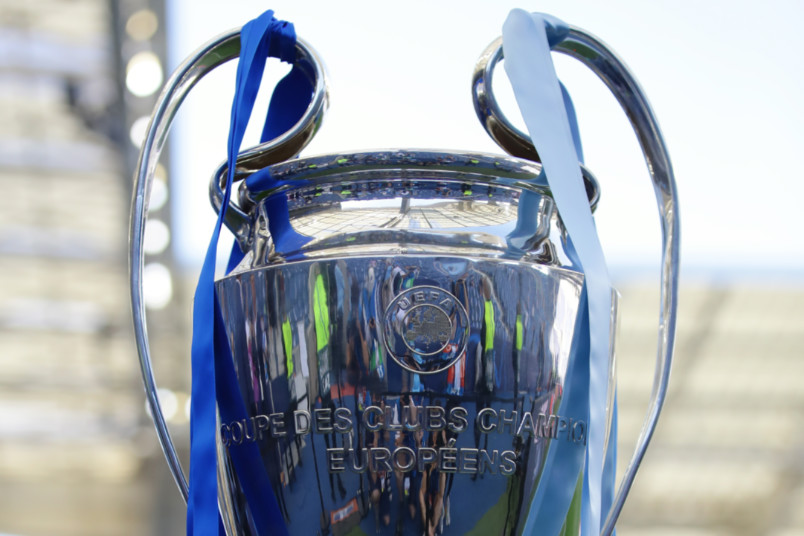 By J Hutcherson (Jul 6, 2021) US Soccer Players – It’s easy enough to pile on the pressure early in the preseason. With it barely July, going ahead and setting the obvious narratives is part of the game. A club makes major moves and suddenly the focus shifts to proof of concept. A club doesn’t, and broader questions loom. That’s the game at the highest level in European club soccer, and it’s not even waiting for EURO 2020 and the Copa America to end.

Taking that as a given, it’s interesting times for two of the biggest clubs in world soccer. Real Madrid and Barcelona are making moves, but it’s already different this summer. For both of them, one way or another, all come with substantial price tags even if it’s an opportunity cost. If the game is about shuffling pieces, letting players go can shift value and advantage across Europe.

Real Madrid has a new coach. Zinedine Zidane exited by choice, with Carlos Ancelotti taking the job. That has an interesting knock-on effect, with Ancelotti leaving Everton in the midst of a project to push them closer to the top-tier in the Premier League. Ancelotti’s replacement is a former Real Madrid coach, Rafa Benitez. What that shows is how a club that hasn’t made it to the group stage in the Champions League era values spending on elite coaching talent. Real Madrid would certainly agree, bringing back Ancelotti, whose coaching career is a checklist of major European clubs.

What Ancelotti inherits is a club in transition after a sustained period of unrivaled success. That means winning three out of four Champions League titles from 2013-14 to 2017-18. Ancelotti was in charge for that 2013-14 title, given credit for putting together the beginning of the Real dynasty that flourished under Zidane in the three-peat era.

Zidane also left and made a return, with Julen Lopetegui and Santiago Solari’s times in charge during the 2018-19 season showing precisely the level of difficulty at Real Madrid. Win everything, basically, or it’s simply not good enough. That’s in a domestic situation with Barcelona and city rivals Atletico. Adding to that is the broader financial restraints with economic issues potentially meaning less spending and more selling.

So far, Real Madrid’s business included signing David Alaba and saying goodbye to Sergio Ramos. Alaba was a free transfer and Ramos was out of contract. Ramos is now in the process of joining PSG. While Real Madrid is always linked with big-name moves, how much the club is willing to spend this summer is the question. That directly impacts Ancelotti’s latest project, trying to get Real Madrid back as a legitimate Champions League contender after losing to Liverpool in the quarterfinals and finishing second to Atletico in La Liga.

If Real Madrid had it bad by their lofty standards last season, Barcelona had it that much worse. Knocked out of the Champions League by PSG in the round of 16, they finished 3rd in La Liga. Now, their biggest star is out of contract with financial maneuvering required to keep a version of what didn’t work as well as they wanted last season. Reports have Lionel Messi staying, but the regular drama of will he or won’t he finally leave Barca runs alongside their issues.

Barcelona clapped back at Real Madrid after Ancelotti led their biggest rivals to the Champions League tile in 2013-14. Barca took the trophy in 2014-15, part of a triple including the league and the Copa del Rey. That’s now the most recent high water mark for Barcelona.

In his second season in charge, Ronald Koeman is now operating under economic constraints unfamiliar to a club like Barcelona. Reports have them needing to lower their total wage bill by a negligible amount of around €200,000, but it’s the larger financial issues potentially stopping another partial rebuild. Messi remains key. As his play with Argentina right now shows, he’s going to be the difference-maker.

With Messi still officially out of contract, Barcelona is doing transfer business. They sold Jean-Clair Tobido to Nice for €8.5m and Junior Firpo to Leeds for €15m. Bringing in Emerson from Real Betis for €9m is their only spending so far this season. Sergio Aguero and Eric Garcia from Manchester City and Memphis Depay from Lyon all arrive on free transfers.

What both the Spanish giants have is that they’re the Spanish giants. They possess a pull that only a few teams can compete with across European soccer. Potentially playing for one or the other is a point of pride, highlighted by all of those Champions League trophies. What that means in the latest era in European soccer is the looming question for both clubs.