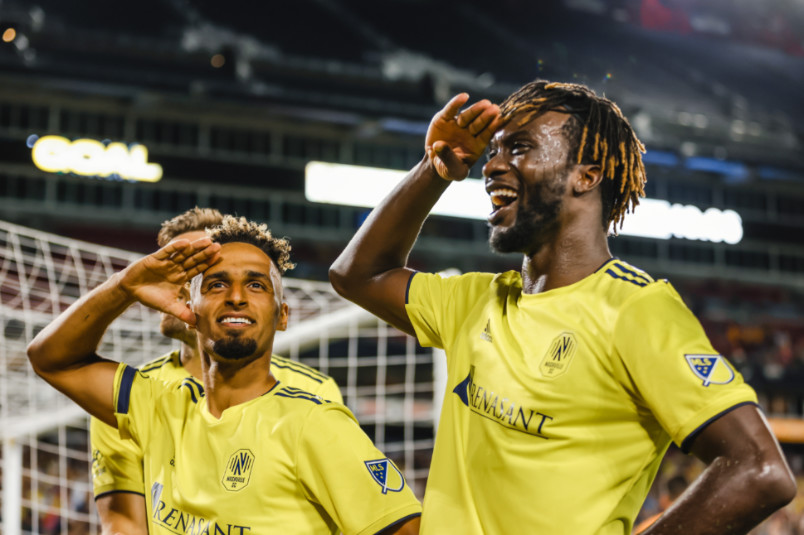 Friday’s soccer news starts with New York and Philadelphia drawing 1-1 at a rainy Red Bull Arena. Philadelphia went down a man in the 57th with a red card to Matt Freese. New York’s Patryk Klimala converted the penalty in the 60th minute with Sergio Santos equalizing in the 85th.

“We had a good one tonight,” Red Bulls defender Jon Tolkin said. “Obviously, not the result we wanted. I think we have to play 100% to the last minute, and we saw in those 15 to 20 seconds we weren’t a hundred percent. And that’s what happens, what good teams can do to you. But we have a lot of positives from this game and we’re going to look to take it into the next game.”

Nashville and Atlanta drew 2-2 at Nissan Stadium. Anton Walkes put United up in the 5th with Jalil Anibaba equalizing in the 14th. Hany Mukhtar converted a Nashville penalty in the 48th with Jackson Conway equalizing in the 59th. Atlanta played a man down from the 74th with a red card to Jake Mulraney.

“It just showed the character we have within the team,” Atlanta defender Anton Walkes said. “I think we basically showed that side. I think some of the games, some results we’ve taken away, we’ve lacked a little bit of fire and grit. In those conditions of the game, going down with one man less and guys feeling injured. And it’s just about finding a bit more and we found it today. We’re going to need to the next few games coming up. A few suspensions, I believe, and injuries and guys still being away international. Good spirit from the team. I’m pumped for our effort tonight.”

Also in the soccer news, Concacaf announced that it has referred Cuba’s failure to show for the Gold Cup preliminary round to the organization’s disciplinary committee. In a statement, Concacaf specified, “While COVID-19 related travel and visa challenges were a factor, Concacaf has received further information which highlights that other administrative issues at the Cuba Football Association contributed to the team not traveling, and subsequently forfeiting their Prelims match against French Guiana.”