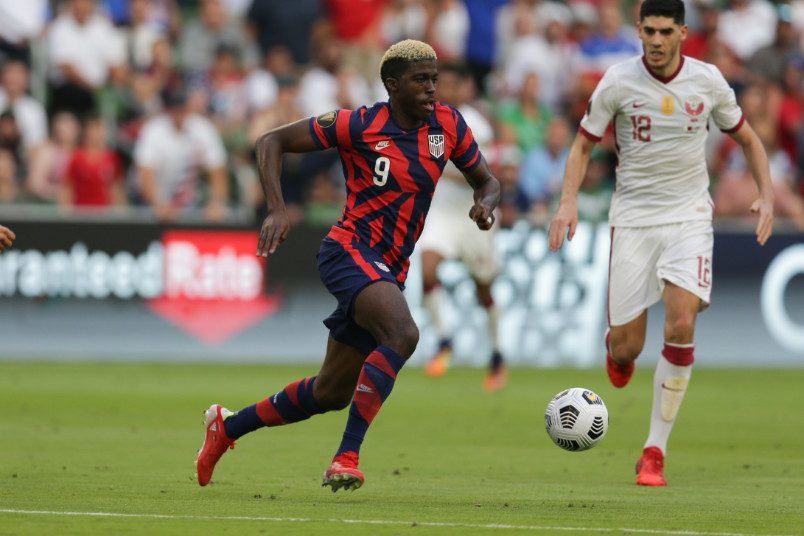 The USMNT’s run at the 2021 Gold Cup continues with their third 1-0 win in a row. This time, it was Qatar unable to get the ball past USMNT goalkeeper Matt Turner. Once again, it was Turner coming up with the crucial saves to keep the clean sheet and make one goal count. That came courtesy of Gyasi Zardes in the 86th minute, a super sub performance that once again highlighted his unique skill set.

While Zardes was quick to call his goal a team effort, his ability to see space in the box and position himself accordingly is worth stressing. Zardes built that game up in MLS, took it to the national team, and made it a crucial part of any strategy whenever he’s in the squad. In other words, he turned himself into the kind of option that’s tough to ignore. Turner may be doing the same in this tournament, creating the kind of selection problems USMNT coach Gregg Berhalter should want.

The USMNT advanced to Sunday’s final after almost falling for what got Qatar this far. Too much possession and too many passes while Qatar was happy to capitalize on any opportunity they got. Once the USMNT regrouped around three substitutions in the 63rd minute that included Zardes, the game changed. Qatar finished with 18 shots to the USMNT’s 6, but only put two of those on goal to the USA’s four. That Turner had to come up with tough saves on both of those attempts highlights what Qatar does with its chances.

Now, the USMNT advances to play a slightly different version of Mexico who had issues against Canada. Scoring a penalty and then having one saved, Mexico was the team defending late with the game tied 1-1. Concacaf and FIFA’s attempt to sanction discriminatory chanting from some Mexico fans stopped the action shortly before the 90th minute. Once play resumed with the board showing seven minutes of stoppage time, it was Mexico taking the advantage. Hector Herrera scored in the ninth minute of stoppage time, and the game kept going. After 15 minutes of stoppage time, the referee blew his whistle with Mexico advancing.

Other than Mexico doing better with penalties and perhaps not underestimating an opponent unable to field its best lineup, it’s an open question what carries over to the final. Mexico got caught in a specific circumstance and eventually found a late winner. The USMNT was the team putting a late goal past them and then stopping a penalty to win the Nations League, so this isn’t exactly new territory.

For the USMNT, this tournament has become about playing through problems. Long stretches of games haven’t shown the best of what this squad has to offer, but ultimately they get the result. That tenacity becomes its own strategy, especially in a tournament.

Also in the soccer news, Christian Ramirez’s Aberdeen lost 2-0 at Hacken but advanced 5-3 in Europa Conference League qualifying. “We were up against a good team that could play with a more carefree attitude because of the first leg result, where we were fantastic,” Aberdeen manager Stephen Glass said. “It was almost a consequence of that scoreline that meant that it was that bit harder tonight. Saying that, we know we need to be better than we were, but we won’t come up against a side that’s going to be as free as that every week.”

MLSsoccer’s Charles Boehm has his highlights from the USMNT win. ESPN’s Jeff Carlisle on the importance of Gyasi Zardes for the USMNT. SI’s Brian Straus focuses on how the game represented Concacaf. The Washington Post’s Steven Goff with his match report from Austin. Football Italia’s Lorenzo Bettoni works through Juventus bringing on outside financing.

Ricardo Pepi is putting together a standout season for FC Dallas and has already made the difference with his first USMNT opportunity.