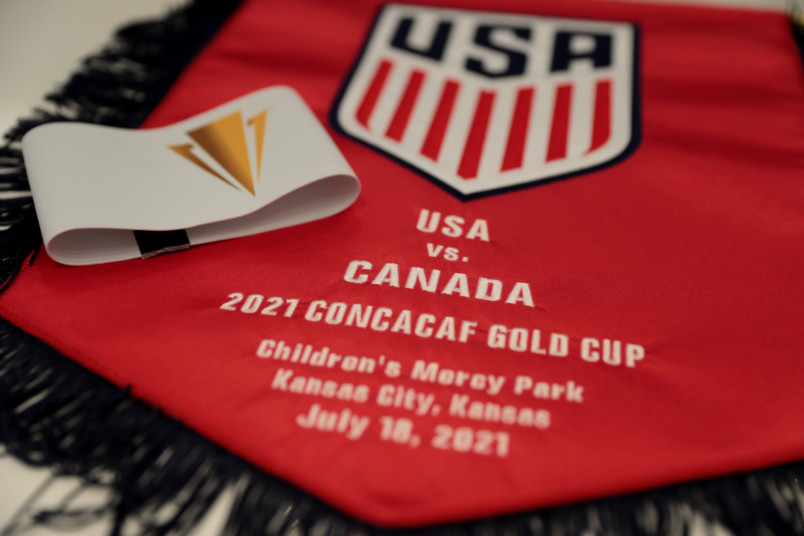 Monday’s soccer news starts with the USMNT finishing off group B with three wins after shutting out Canada 1-0 in Kansas City. Once again, a different tactical setup produced a result, though with Canada leading on shots 14 to 6, shots on goal 3 to 1, and possession with 55%. Starting the game with a traditional strike partnership of Gyasi Zardes and Daryl Dike, it was the type of approach that needs plenty of service. That was at issue in a game where it was a defender doing the scoring almost immediately from the opening whistle.

With that in mind, the USMNT waits for Tuesday’s group C finale to find out if they’ll play Costa Rica or Jamaica. Those two teams are in the same scenario as the final day of group B. Tied on points and goal difference, Costa Rica has the edge on goals scored and can advance with a tie. Jamaica needs a win. The USMNT technical staff already has a book on Costa Rica needing to scout them as a potential Nations League opponent and beating them 4-0 in a June 19 friendly. They’ll also have three games to study on Jamaica should they end up following the USMNT’s lead and take the group from 2nd-place.

It’s worth wondering who would come out on top in a three-team group of Canada, Jamaica, and Costa Rica. With the Ticos disappointing in the June Nations League window, Luis Fernando Suarez took over as head coach. He’s trying to jumpstart a program that has noticeable stalled. The Gold Cup can certainly help, putting distance between two disappointing Nations League results. In fairness to Costa Rica, both of those Nations League losses came on penalties, playing Mexico close in the 0-0 opener before dropping the 3rd-place game to Honduras after finishing 2-2 in regulation.

With how the groups are playing out, it’s easy to see all of them as producing no clear favorites. Attributing that to a vibrant Concacaf may be a reach considering player fatigue and the grind of a July tournament. Still, it’s not a runaway for any of the group favorites. What that suggests is that we’re likely to see the real separation in the semifinals. That means the return of the favorites asserting themselves in a tournament that’s yet to see a true upset.

Group A concluded with Mexico taking the top spot after shutting out El Salvador 1-0 in Dallas. Luis Rodriguez scored the game’s only goal in the 26th minute and Alfredo Talavera keeping the clean sheet with two saves. That separates Mexico and the USMNT in the bracket. El Salvador advances in 2nd-place. Guatemala and Trinidad & Tobago finished 1-1 in Frisco. Reon Moore put Trinidad & Tobago up in the 12th minute with Gerardo Gordillo equalizing in the 77th.