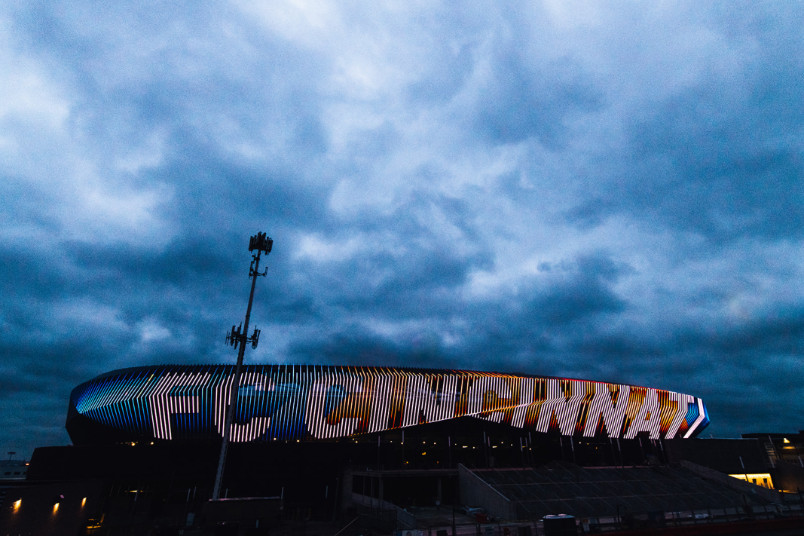 Wednesday’s soccer news starts with US Soccer announcing that FC Cincinnati’s TQL Stadium will host November’s USMNT vs Mexico World Cup qualifier. The game is the seventh qualifier and fourth at home for the USMNT in this World Cup cycle, with Concacaf scheduling triple-matchdays in September and October. Qualifying concludes with triple-dates in March with the USMNT at Mexico in its second-to-last qualifier.

“When you talk about great rivalries in our sport, USA-Mexico is one of the best,” USMNT coach Gregg Berhalter said in a press statement. “We are fortunate to have so many great venue options in this country, and for this match Cincinnati ticks all the boxes. This is a special game that requires a special atmosphere, and we know it’s one that Cincinnati will provide.”

The USMNT opens its home World Cup qualifying schedule against Canada at Nissan Stadium on September 5. They play Jamaica at Austin’s Q2 Stadium on October 7. US Soccer has yet to announce the host for the October 13 home qualifier against Costa Rica. The November 12 game in Cincinnati is the last home qualifier in 2021. In 2022, the USA hosts qualifiers on January 27, February 2, and March 27.

Also in the soccer news, midfielder Mark-Anthony Kaye is now a member of the Colorado Rapids. In return, LAFC got $1m in allocation money and an international roster spot for next season. LAFC also sent its 2022 first round SuperDraft pick Colorado’s way.

“We’re thrilled to welcome Mark-Anthony to the club and reinforce our midfield with a player of his quality,” Rapids GM Padraig Smith said in a press statement. “He’s been one of the best central midfielders in the league over the last several years and has played a critical role in the success of the teams he’s been a part of. We look forward to seeing him integrate with our group as we enter the second half of the season and continue our push for a playoff spot.”

Staying in MLS, Sporting Kansas City announced that Kansas City Chiefs quarterback Patrick Mahomes has taken a stake in the club. “I am grateful for the opportunity to join Sporting Kansas City’s ownership team and strengthen my connection to the fans and the city I love,” Mahomes said in a press statement. “Sporting is a community-oriented club and I am excited to continue supporting the growth of soccer in Kansas City.”

VIDEO: Tip of the cap to @FortWayneFC & DaMarcus Beasley (@DaMarcusBeasley) for putting on the Fort Wayne FC Cares program! Gave away cleats, balls, shirts & more to almost 70 kids ages 10-12 at Foster Park today after 5 weeks! Good on @HopRiverBrewing for donating the shoes! pic.twitter.com/SIy7IWRRwP