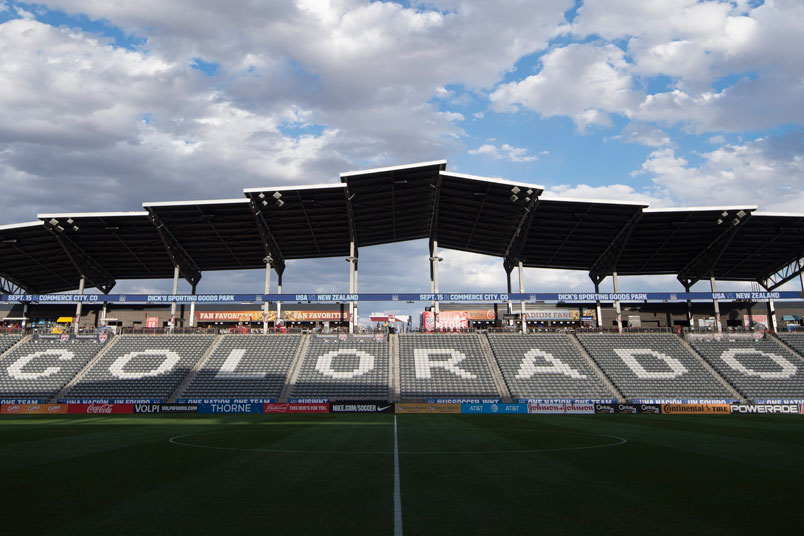 Monday’s soccer news starts with a simple observation. If the all-star break marked the midpoint of the season, it would come after round 16. That’s part of the problem with our insistence on using week instead of round. By “our,” that means most places covering the league. Check the league’s official site, and you’ll see that week 21 just ended. It was week 19 concluding last Sunday, with week 20 ending on Wednesday night. With a month of league play lost for recognizing the international breaks earlier this summer, it’s a unique way of keeping the calendar.

Add in the unbalanced schedule, and we’re once again talking about a team not in 1st-place arguably being the best in its conference. That’s the Colorado Rapids, heading into the break in 3rd-place following their 2-1 home win over Real Salt Lake. Colorado’s last loss came at Real Salt Lake on July 24, a 3-0 result that ended a four-game undefeated streak. They’ve now gone five games unbeaten, winning three straight.

The Rapids’ run of form has them on 37 points from 19 games played, two points behind 2nd-place Sporting Kansas City and five behind Western Conference leaders Seattle. Since we’ve already mentioned the unbalanced schedule, you know where this is going. Seattle and Sporting have played 21 games to Colorado’s 19. On points-per-game, Seattle is still top at 2.0, but Colorado is right behind them at 1.95.

Conveniently, Colorado is at Sporting KC on Saturday. That game could further destabilize the top of the Western Conference. Potentially turning that into more than Seattle as a foregone conclusion should make the final weeks of the season more interesting than expected. Part of that is certainly Seattle’s fault. They opened a door that Sporting KC briefly walked through when the Sounders lost three out of four to end July. Since then, they’ve gone four games undefeated, the last three wins.

It’s easy enough to flatter Seattle by asking if they can lock down the top spot simply by doing what they did at the start of the season. That 13-game undefeated run included five draws, leaving enough points to allow Sporting to pass them last month. Now, it’s Colorado coming on with two games in hand.

While it’s silly to take much of anything as a given round-by-round, sorry, week-by-week in MLS, the Rapids have a clear opportunity directly in front of them. They can pass Sporting with a win on Saturday. It’s what happens in September and October that once again highlights the give and take of the MLS calendar.

What Colorado faces is a significant ask of any team. Since MLS is MLS, they end September with a three-game homestand and start October with three games on the road. Of course, that road swing starts in Seattle on October 3. They meet again in Commerce City on October 20. Right now, Colorado looks like a team in control. In this league, that’s always subject to the schedule.