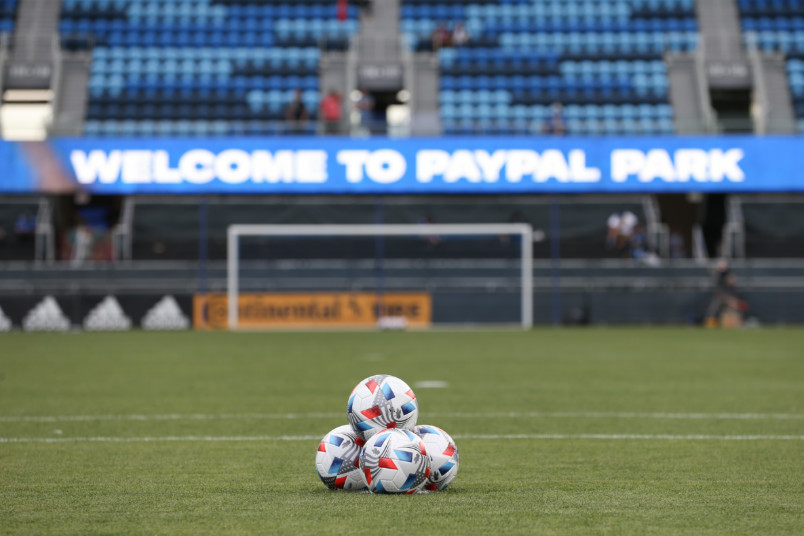 By Charles Boehm – WASHINGTON, DC (Aug 20, 2021) US Soccer Players – Major League Soccer’s latest “Rivalry Week” kicks off with the San Jose Earthquakes’ visit to the LA Galaxy on Friday night. Due to an overlap with All-Star week, it’s technically ten days long this time, running through next weekend. That’s probably a good metaphor for how much mileage MLS coaxes out of the concept. From the league’s perspective, this year’s edition hopefully provides a jolt of energy at a timely moment for an exhaustingly compacted pandemic-era season.

Every sports scene and surrounding culture has its own customs and rhythms. Over the years MLS has gotten better about weaving itself into those of North American soccer and the continent’s wider professional sports landscape. It’s during the transition from summer to fall that the calendar exposes one facet that cuts against some of our dyed-in traditions.

Normally, August and September are when most of the United States goes back to work. It’s a time of resumption and return across the country as school resumes, vacations draw to a close, and fiscal years crank up. The kids who spent two to three months doing soccer camps or other activities altogether, return to the pitch for their fall youth seasons. School sports resume, too, headlined by the hallowed tradition of high school gridiron football and the college and NFL scenes it feeds.

All this reflects centuries of climate and societal patterns shared by much of Europe, so it’s also when most of the world’s best and most popular soccer leagues resume play. NBC’s promotion of the English Premier League underlines this as it welcomes its Stateside audiences back to their weekend-morning viewing rituals. ESPN is getting in on a similar act now that it owns both the Bundesliga and La Liga rights. So it’s almost understandable that casual fans might overlook MLS and the American lower divisions about to enter the most meaningful phase of their spring-to-fall calendar.

In MLS and USL, cooling temperatures and shorter days are cues for the onset of the home stretch, not the start. The teams that maintain or find form and momentum at this time of year tend to be rewarded with not only postseason participation but deep runs once they get there. That can render the previous months a passage to be endured rather than embraced. It figures to be even more of a factor this year, where April’s COVID-19-impacted late start now leads to congested schedules.

“We call them the dog days of summer, really, when it comes to MLS. Because you have loads of games, the weather’s hot in most places, you have guys splitting their attention between our team and the national team and then back to our team,” Galaxy coach and USMNT alum Greg Vanney told reporters on Thursday. “And all those things are going on and it’s the summer grind that guys are just kind of working through.”

Now those tired players must crank up the urgency for the most consequential period of the season, which peaks in October and November with the MLS Cup Playoffs. Despite heavy legs, perennial format changes, and the increased likelihood of dour weather, they reliably offer some of the league’s best and most entertaining performances and most dramatic moments.

Yet all too often they unfold in front of smaller crowds. Attendance in many markets dips as families return to their school routines, less inclined to stay up for night-time kickoffs and stretched by various other activities. The reality remains that big chunks of the league’s audience are literally fair-weather fans as well, with less of the obsessive devotion that drives supporters to endure cold or wet fall conditions.

In autumn, MLS must compete for television viewership with some of the most valuable sports media properties on earth. That’s why MLS usually disappears from prime Saturday national-TV placement around this time of year, relegated to Sundays and weeknights by NCAA football and forced to compete against or work around the NFL behemoth. It was telling a few years ago when the league and its broadcast partners shifted some playoff games to non-traditional spots like Monday and Tuesday nights and actually saw improved ratings.

So right when the games matter most and should be of the highest caliber, MLS finds itself battling some of its stiffest headwinds. It’s not a new problem, nor one with simple solutions. The spring-to-fall format originated out of necessities like weather and venue sharing. While those background conditions have evolved over the past quarter-century, the fundamentals remain. That’s because subsequent growth has required the overall calendar to lengthen, and expansion has encompassed a geographic and climatic diversity like few leagues on earth.

Aspiring competitors like NASL and NISA have sought to craft an alternative by switching their schedules towards Europe’s fall-to-spring norm. That’s imperfect as well, requiring split seasons and lengthy breaks due to extreme summer heat in some places and impassably frigid winters in others. Inevitably it became almost as much about politics as pragmatism.

MLS has not been averse to adjustment. The 2019 campaign concluded a month earlier than its recent predecessors to allow for better conditions and observance of the fall FIFA international window. It was a subtle shift that seemed promising on first run. However, it carried the tradeoff of an even longer offseason, and the pandemic soon blew up the plan until 2022 at the earliest.

So turning leaves and pumpkin spices continue to accompany the annual reality checks about American soccer’s place in the pecking order for at least a little while longer. We’ll wait to see if the excitement on the field spikes enough to knock our society out of these deeply worn patterns.