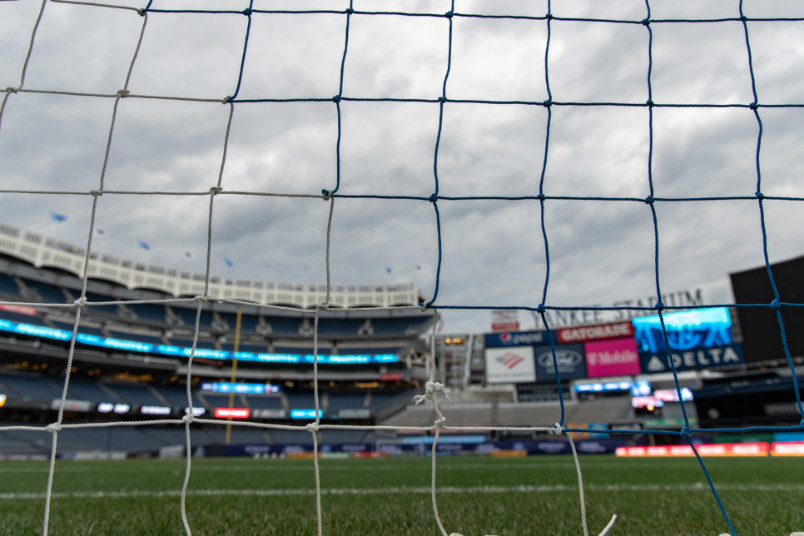 By Jason Davis – WASHINGTON, DC (Aug 27, 2021) US Soccer Players – Major League Soccer is so big that it needs two weekends to complete one iteration of its Rivalry Week promotion. That’s double the matchdays for clashes between teams with or developing a dislike for each other. It’s double the available bragging rights and double the atmosphere.

As marketing exercises go, this one gives us some quality matchups just before the international window opens. Burgeoning rivalries in Ohio, Florida, and the South are on the schedule. The second edition of the Austin vs Dallas version of the Copa Tejas will see Austin trying to make up for the 2-0 loss in Frisco earlier this month. The storied Cascadia battle between Seattle and Portland returns just seven days after the Sounders throttled the Timbers in Portland.

What none of those games feature, however, is a match between two teams currently holding onto playoff positions. In Ohio, 9th-place Columbus plays 13th-place FC Cincinnati. Down in Florida, Orlando, one of the best teams in the Eastern Conference, faces an improving Inter Miami team that is nevertheless still stuck in 11th.

Nashville versus Atlanta could deliver fireworks. Only one of those clubs is a playoff team right now, and it’s not the home team Atlanta. The less said about the status of the Texan teams doing the introductory steps of the rivalry dance this weekend, the better. We can give a nod in the direction of Canada’s fiercest rivalry, a game pitting 6th-place Montreal against last-place Toronto FC.

One game on the schedule measures up as a “big game” no matter the question of rivalry. NYCFC hosts the New England Revolution at Yankee Stadium on Saturday in a game that features the top team in MLS versus the East’s 4th-place squad.

There are many types of rivalries. Some of them develop over many years and possess the weight of geography or culture. Others pop up out of nowhere and burn hot for a few seasons. Some matchups feel like they should be rivalries but haven’t taken off.

NYCFC versus New England is one of those. Not just for the obvious soccer reasons, but because of the natural enmity that flows from New England down to New York and back the other way. Boston/New England and New York contest some of the fiercest games in all of America’s major professional sports.

It’s the Red Bulls on the Jersey side of the river that have a longer history with the Revolution. The heat may come for the Bronx outfit in its clashes with New England. Right now this is just a game with 2021 Eastern Conference implications. It’s a game between two good teams positioned to contend.

By now, everyone knows about Bruce Arena’s success in Foxborough, returning the Revolution to the top of both the conference and the league. Though Seattle garnered the bulk of the early season attention thanks to a record-breaking 13-game unbeaten streak, it’s the Revolution leading the Supporters’ Shield standings in late August. New England’s 22-game point total ties the club with 2019 LAFC for most points (49) earned in that span, giving the club a shot at the season points record.

Arena is executing the same formula as the one he used to win four titles with the Galaxy minus the marquee names. Despite being a little less famous than David Beckham, Robbie Keane, and Landon Donovan, New England’s attacking stars Carles Gil, Gustavo Bou, and Adam Buksa provide the club with the elite contributions that make for a championship campaign.

Surrounding Gil and Bou is a supporting cast made up of MLS veterans with a sprinkler of dynamic young talent that keeps the Revs marching the path of consistency. The headlines go to the DPs and Canadian dynamo Tajon Buchanan, but players like Teal Bunbury, Andrew Ferrell, Matt Polster, and Tommy McNamara have been equally important during New England’s run to the top.

New England is closer to full strength. Buchanan is fresh off a trip to Belgium to sign the paperwork on a $7 million transfer. His loan back to the Revolution for the balance of the MLS season means Arena doesn’t lose a key attacking piece quite yet. The big absence is MVP candidate Gil still recovering from an injury.

It’s not that the Revs don’t need their Spanish playmaker, but in the five games Gil has missed, New England was unbeaten and collected 13 points. With the cushion the club has in the standings, there’s no need to rush Gil back.

The last time these two played, New England beat the New Yorkers 3-2 at Yankee Stadium. Now, it’s NYCFC holding up at home, whether that’s Yankee Stadium or Red Bull Arena, putting up a six-game win streak and outscoring opponents 15-2. NYCFC has another advantage on New England in addition to the friendly confines: rest. New York City’s team saw its rivalry match against the Red Bulls postponed last weekend due to heavy rains and a waterlogged field at Red Bull Arena.

If Deila’s team needed an additional emotional boost, the club got one this week when striker Heber returned to training after a year out with a knee injury. Heber’s absence left a hole at the front of the New York formation that nearly sunk the team for stretches of the season. Other players picked up enough of the scoring slack. The eventual rounding into form of Valentin Castellanos has NYCFC managed to keep its place near the top of the Eastern Conference table.

Heber won’t be back in the lineup on Saturday, so the responsibility again falls to Castellanos and others to find goals against the Revs. Rivalry or not, the match is a chance for NYCFC to prove its status as a contender in the East and build confidence for the final stretch of the regular season.

NYCFC sits in 5th entering the busy Rivalry Week schedule but is just a single point back of 3rd-place Philadelphia and 4th-place Nashville. With a win and some favorable results, the New Yorkers could be in 3rd by Monday with games in hand.

The Revolution’s 15-point lead decreases the pressure on any single game right now. Not that it means they’ll take a night off. Their quality and uncanny knack for finding ways to win is a hallmark of what Arena does. His magic isn’t really that at all. He simply understands how to put players in the best position to succeed and coordinate a collection of parts to make an effective team.

No, NYCFC versus New England isn’t “officially” a rivalry, but it might be the biggest game of Rivalry Week. If it does turn into something special, the encore is set for September 11 at Gillette Stadium.