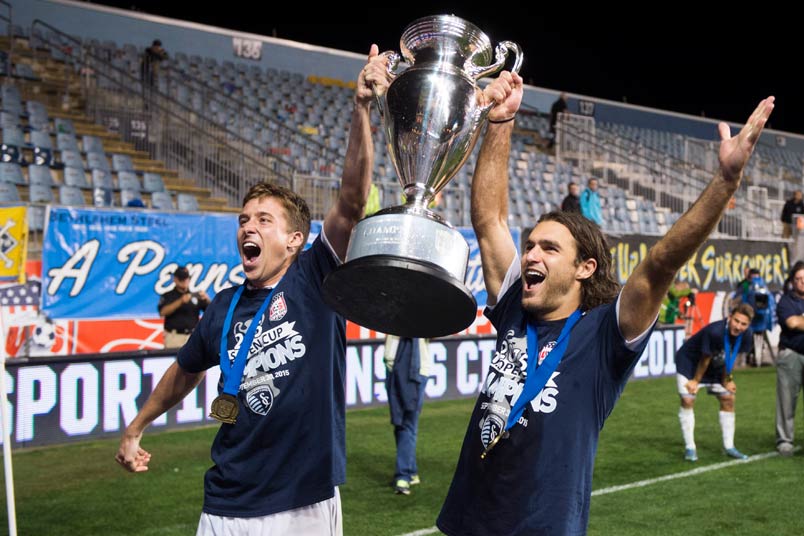 By Jason Davis – WASHINGTON, DC (Aug 11, 2021) US Soccer Players – Lionel Messi is a Paris Saint-Germain player now. It may take a while for those words to be anything but surreal. A player so identified with one club that it’s almost impossible to imagine him playing for anyone else will represent a new team this season. Needless to say, the soccer world is reeling.

Barcelona fans are, as you can imagine, besides themselves. Not just because Messi is gone, but because of the way his departure unfolded. The blame game is in full swing, focused on why the club and its best player couldn’t agree to a deal. Messi is in Paris and Barcelona is in trouble. That’s not the way things were supposed to play out.

Even at 33, Messi is still the best attacking player in the world. Both counting stats and advanced metrics bear that out, proving that he isn’t just good at scoring goals. Messi has a way of impacting games that makes him invaluable. None of that is news, but somehow allowing him to leave is a scenario few saw playing out. Sure, there were rumors in previous windows, but even letting his contract expire seemed like a step beyond reasonable.

In an era when the “one-club man” is exceedingly rare, Messi’s commitment to Barcelona stood out, as did their belief in him. Still, getting from youth player to best in the world is seldom a direct line. Even when it works, there’s rarely the longevity we’ve seen from Messi.

Gianluigi Buffon reunited with his first club Parma this summer. The move captured attention because Parma plays in a lower division, and it’s a bookend for one of the world’s greatest goalkeepers. Buffon spent 17 seasons with Juventus, one of the players who chose to drop down when they were penalized with relegation to Serie B. Though he joined Parma directly from Juventus, it was after he spent the 2018-19 and 2019-20 seasons with, you guessed it, PSG. The story is still great, but the break in the Juventus years takes something away.

It’s worth noting that Buffon was a professional playing his first season in Serie A when Major League Soccer debuted back in 1996. MLS history is short and chaotic, but even in just 25 years, they’ve managed to tie players to clubs in ways that make it painful to imagine an exit. It hasn’t been easy. Tampa and Miami exited the league prior to the 2002 season, dispersing all of their players. San Jose relocated, creating an interesting situation where the team restarted with the same record book. Add in the draft in the era before homegrown player exceptions, the lack of free agency until recently, and it’s not exactly surprising that players move around.

The most obvious place to start is in San Jose, home to Major League Soccer’s all-time leading goalscorer, Chris Wondolowski. Courtesy of that relocation, he hasn’t always been an Earthquake. Wondo played for the Houston Dynamo after that club moved from San Jose, then returned to the relaunched San Jose midway through its second season. Regardless, he’s synonymous with the Earthquakes

Wondolowski’s longevity in San Jose is a function of his consistent goalscoring and his loyalty to the club. It’s different in scale to Messi at Barcelona due to economics and Major League Soccer’s single-entity system. Extremely limited free agency is a new innovation for MLS. The league possesses unique quirks that made it more difficult for Wondolowski to leave, but that doesn’t make the connection between the player and the Quakes any less fascinating. Soccer is a business, after all, and rarely does any business have room for sentiment.

Messi’s departure from Barcelona was shocking in its suddenness and rapidity. Despite Barcelona’s financial issues making headlines in 2020, few saw Messi leaving so unceremoniously. That’s normally how it eventually happens across pro sports.

Wondolowski planned to call it a career at the end of 2020, only to change his mind after the COVID-19 pandemic revamped the season. He felt strong enough to return for another year and the team was happy to have him. The expectation is that he retires as a member of the Earthquakes. Anything else just feels wrong.

Sporting Kansas City fans would certainly understand. Matt Belser was synonymous with Sporting Kansas City in much the same way Wondolowski was with the Quakes. Besler was a local kid who Sporting acquired via the draft in 2009. Over a decade in Kansas City, the central defender helped the club win an MLS title and collected a Defender of the Year award. His time at the club ended with his contract up and MLS free agency offering a new opportunity. That came with expansion club Austin FC.

Graham Zusi is now the Sporting player with the most longevity, arriving at the then-Wizards through the same 2009 SuperDraft as Besler. The two of them represent half of the players from that draft that have earned MLS Best XI selections in the years since. Zusi, first as a winger and then as a fullback, established himself as a Sporting legend in his own right. Now 34, it’s hard to imagine Zusi playing for anyone else.

That’s what players so easily identified with one club create. The expectation is that they’ll be around until they call an end to their career. It’s a rarity for a reason, underlined by a simple yet ridiculous fact. Not even Lionel Messi could stay at one club.