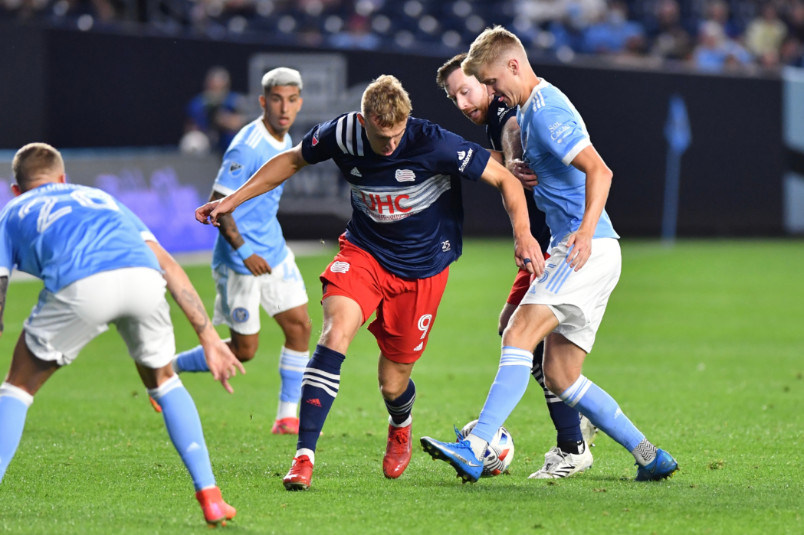 Monday’s soccer news picks up an ongoing theme with Major League Soccer right now. During last night’s ESPN broadcast of Seattle vs Portland, color commentator Taylor Twellman talked through a graphic of games played in the Supporters’ Shield race. He drew attention to Colorado in 4th-place and NYCFC in 8th for a simple reason. Both played their 20th games of the season in week 22.

It’s an interesting scenario for the top-eight in the Supporters’ Shield table. New England is the only team in MLS with 23 games played, leading by seven points over Seattle on 22. Sporting Kansas City and the Galaxy played their 22nd games over the weekend, with 6th-place Orlando and 7th-place Nashville on 21. The points difference between 2nd and 8th-place in the single-table version of MLS stands at eight.

What this may mean depends on how you feel about Colroado and NYCFC’s ability to manage a compacted schedule in September. The Rapids play six times in September and seven in October, but a postponement last week means an extra game eventually slots in somewhere. NYCFC plays six games each month. Colorado put together a six-game July where they won three, drew twice, and lost once. NYCFC would’ve played six times in August if it wasn’t for the postponement, winning two, drawing two, and losing once.

NYCFC has the more balanced schedule from the two 20-game teams. Part of that is down to geography, playing at the Red Bulls on October 17 and making up a game there. Since that’s NYCFC’s alternate home venue this season, it’s even less of an inconvenience. With the focus on conference opponents to end the season, the farthest they go is to Fort Lauderdale on October 30.

The Rapids are in a different situation. The rebalancing of their schedule has them home for four of their six games in September. They’re on the road for five of their seven in October. Those road trips include Portland and Seattle, but it’s the away date at New England on October 27 that stands out. That comes after playing the Sounders and Timbers at home.

While the degree of difficulty may favor NYCFC, games played remains a tricky concept in MLS. The switch at the end of last season to points per game to determine playoff spots was unavoidable. The Rapids simply couldn’t get the games in to complete their schedule, with that team clearly better than several higher in the standings.

Right now, it’s easy to play up either of them as the likeliest disruptors in not just their respective conferences but in the Supporters’ Shield race. Given what we’re currently seeing from the teams at the top of the table, there’s a good chance that they won’t be the only ones.