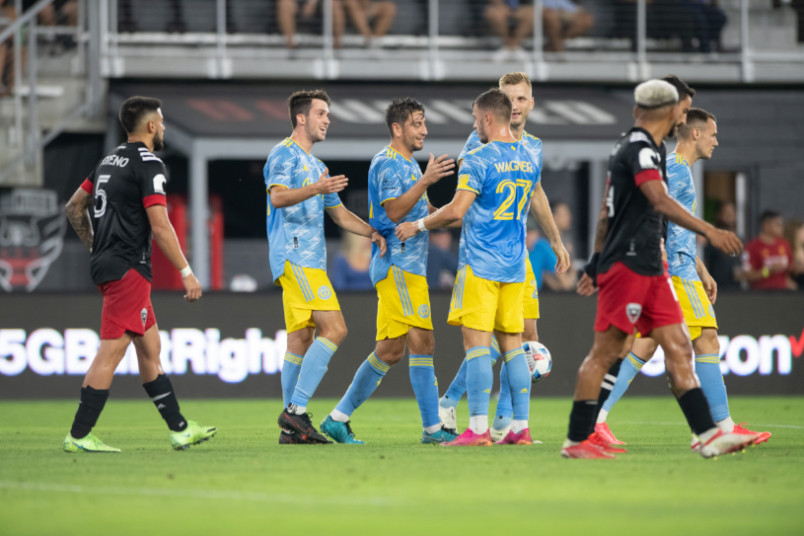 By Clemente Lisi – NEW YORK, NY (Aug 30, 2021) US Soccer Players – Own-goals are an unfortunate reality of soccer. They normally happen when a defender, unable to fully turn around, kicks or deflects the ball. As YouTube videos will attest, the results can be hilarious but most often lead to face-palming by players and fans alike. Just this past Saturday, Germany’s Bayer Leverkusen routed Augsburg 4-1 in the Bundesliga, benefiting from two own-goals to jump out to a 2-0 lead after just 14 minutes. Then there was the end of Atletico Madrid vs Villarreal in La Liga where it’s worth going to the video.

Regardless of the circumstances, own-goals change games. In what we’ve seen recently, it’s not that tactics give way to own-goals necessarily, but they’re occurring more often at both the international and domestic league levels.

At the World Cup, for example, there have been just 53 own-goals scored over 21 editions. The last World Cup in 2018 saw a dozen of them, the most of any single World Cup tournament. More recently, there were 11 own-goals at this summer’s Euros, enough to make that category the tournament’s top scorer. It was also more than the total scored in the 15 previous editions combined of the European Championship.

In MLS, there have been 23 own-goals so far this season according to WhoScored.com. The latest came over the weekend with DC putting Philadelphia up at home and Vancouver opening the scoring courtesy of an RSL own-goal. Both of those teams eventually won those games.

Those 23 own-goals are already one more than last season that finished after 23 games. In 2019, no team finished with more than two. Columbus and San Jose lead the league in that category this season at three apiece. What that means for two teams just outside the playoff picture in their respective conferences is an interesting question. The last full season in 2019 finished with 38 own-goals. Houston led with four, missing the playoffs.

Why does the frequency of own-goals seem to be increasing in recent years. Like everything else in soccer, there are many competing theories. One of them is tactical. As teams continue to rely on wingbacks to push up and deliver crosses, dumping the ball into the middle of the box has been more common. That gives defenders and goalkeepers more chances to bobble clearances, resulting in more own-goals.

FourFourTwo magazine examined some of the own-goals scored at the Euros, reporting that the “have come after cut-backs from, or near to, the byline. These kinds of balls are on the increase – as are percentage passes into the box, the type which can force defenders into split-second, evidently sometimes very costly decisions – and the dreaded corridor of uncertainty is fertile ground for diverting the ball past one’s own goalkeeper.”

That doesn’t tell the entire story. Enough own-goals happen when defenders try to play the ball back. Goalkeepers, often not so adept at using their feet, turns that into a defensive blunder. Passing out of the back seems to be an unavoidable temptation for a lot of clubs these days, even if it gets their efforts on YouTube for the wrong reasons. Since there are scant statistics to prove such a thesis, other factors could also be at play.

Could fatigue be one of them? It certainly can, especially at international competitions played in the summer since players have been going for as long as 10 months without much of a break following a long club season. It could explain the increased pattern at the World Cup and Euros. It should be noted that both Brazil and Croatia, in the final against France, scored own-goals at Russia 2018.

Erik Thorsvedt, the former Norway and Tottenham goalkeeper, told UK-based website inews.com that “tiredness has to be a factor. You see in any tournament that players who have had a lot of football over the past nine months are fatigued going into a World Cup or a European Championships, but if you look at the number of games these guys have played then it must be a huge factor.”

Given how much soccer we saw played over the summer, this uptick in own-goals could become a storyline across Europe’s top domestic competitions and the Champions League. Given the risks of spotting the opposition a goal or two, tactics and managing fatigue will be key over the coming months.

How can teams avoid them? Mistakes, after all, will happen. There may not be any way to stop them entirely. For defenders, own-goals are a fact of life. AC Milan’s legendary sweeper Franco Baresi netted eight own-goals over his 20-year career. Even Germany’s center back Matts Hummels put in a painful one at the Euros in defeat to France following a clumsy clearance. The increased frequency of own-goals will eventually require a response, as this ever-evolving game continues to offer up surprising trends.