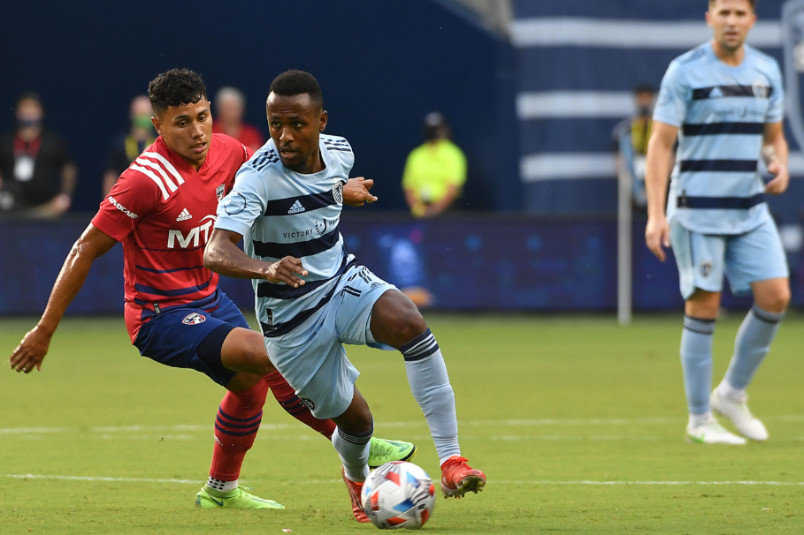 Tuesday’s soccer news starts with midweek games on the schedule for Major League Soccer. While MLS normally prides itself in its unique brand of parity, what’s happening in the Western Conference is odd even by that standard. All of a sudden, the front runners are vulnerable. The table may look the same with Seattle in 1st-place and Sporting KC in 2nd, but both are now in reach.

Seattle has lost three out of their last four games, losing to Minnesota, Sporting KC, and San Jose. United ended Seattle’s undefeated run, but San Jose may be the biggest surprise. Home or away, a club like the Sounders in any situation shouldn’t be dropping points to the Earthquakes. Now, they face a tougher than expected situation at home to FC Dallas on Wednesday.

This version of the Sounders is stronger than they were, welcoming back Christian Roldan from international duty. It’s FC Dallas’s sudden form that’s now the issue. Dallas shutout the LA Galaxy 4-0 at home and then beat Sporting KC 2-1 on the road. While every game during the Gold Cup carried caveats, Dallas is a team turning things around. What that means against a struggling Seattle will resonate down the table.

Meanwhile, Sporting KC’s big win at Seattle crashed into FC Dallas at home. Sporting is now two points behind Seattle and two points ahead of the 3rd-place LA Galaxy. Colorado is a point behind in 4th, with the top of the table suddenly tight.

Sporting is at the other LA team, with LAFC spending most of this season trying to figure out how to live up to expectations. They’ve spent the last few days moving players and attempting a reset. A loss at Portland and home draws with Vancouver and Minnesota has LAFC in 5th-place, tied on points with 6th-place Minnesota.

That’s what makes the Wednesday schedule interesting. In a league that likes to point to any matchday as crucial, this one may turn out to fit that category. Seattle in need of points to hold onto 1st-place is as surprising as their dip in form. So are the LA teams potentially moving up the table. Having to account for teams most considered all but out of the running further complicates the conference. While MLS always has the potential for the fluke win, we’re seeing teams turning things around and causing problems for who we thought were the clear contenders in the West.

The Ringer’s Leander Schaerlaeckens takes a broad look at the USMNT under Gregg Berhalter. Soccer America’s Andrea Canales on the Gold Cup final from a Mexico fan perspective. The LA Times’ Kevin Baxter reports that Landon Donovan is getting a statue at the LA Galaxy’s stadium.