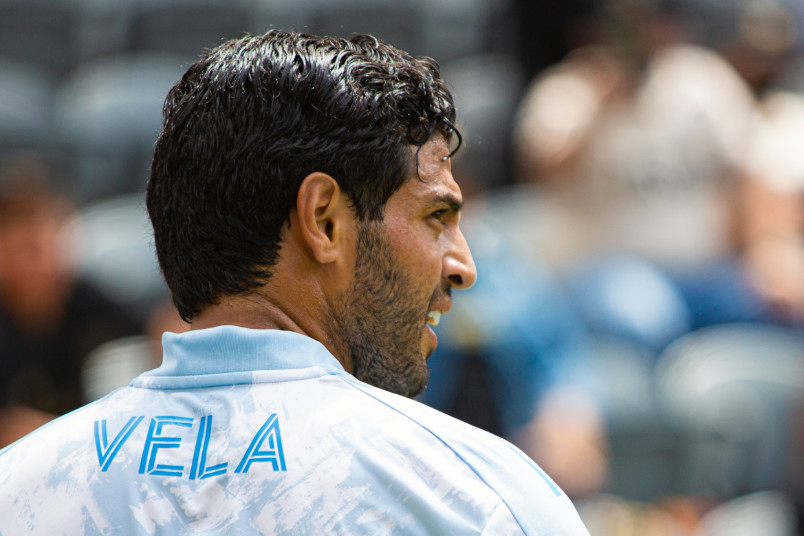 By Jason Davis – WASHINGTON, DC (Sep 8, 2021) US Soccer Players – There’s a point in every race when competitors off the lead pace have to make a move if they want a chance at victory. In some cases, kicking into high gear is part of the strategy. Giving it everything down the stretch can be a part of the game.

It’s not a direct comparison with how a playoff race tends to work. Still, every MLS season, we see teams making late moves up the table. The teams who win points early have the relative luxury of surviving dips in form. Teams that struggled have time late in the season to turn things around.

MLS is forgiving in that regard. Seven teams will make the playoffs in each conference in 2021. Just sneaking into the postseason field won’t be enough for some clubs relative to preseason expectations. Others will claim some success if the season ends not with game 34 but with an early-round playoff loss.

Expectations are everything. Even coaches who come up short of the postseason can keep their jobs for another year if their club finishes close enough to reasonable expectations. Every team starts the season wanting to win an MLS Cup, but not all of them can feign disappointment when that doesn’t happen.

They’re tricky things, expectations and always subject to change. At this stage of the season, some clubs have made serious moves in pursuit of something better. That increases the pressure on the squad and its coach.

LAFC entered 2021 with the same expectation it carried into every season of its existence. Win the title and look flashy doing it. At no point in this club’s history has that seemed unreasonable. Though 2020 proved to be more of a struggle than the club had hoped, LAFC’s quality and spending made them obvious contenders.

Bob Bradley’s team delivered anything but a contender-like performance through the first 20 games of the season. Injuries and absences hamstrung the group and prevented LAFC from collecting any momentum in the Western Conference.

Carlos Vela’s injury 15 minutes into a match against the Vancouver Whitecaps on August 21 robbed the club of its best attacker. Diego Rossi leaving Los Angeles to join Fenerbahce of Turkey just over a week later leaves them without their second-best attacker.

With Vela’s return pending, the goal scoring load will fall to others. Brian Rodriguez is the most obvious candidate to take up the mantle when he returns from international duty with Uruguay. In the interim, and with a team wracked by call-ups and injuries, LAFC routed Sporting Kansas City on Friday night. The heroes of the day were center back Mamadou Fall (two goals from set-pieces), newly signed striker Christian Arango (one goal), and midfielder Eduard Atuesta (two assists and a penalty kick goal).

The win pushed LAFC into striking distance of a playoff spot, just three points back of seventh-placed Real Salt Lake. LAFC is now in a position to make its move. It may not be the scenario they expected, but it’s the one where they can quickly take advantage.

Meanwhile, the most uncertain situation in the West belongs to the San Jose Earthquakes. Under Matias Almeyda, the club made the playoffs last season but are currently off the pace with 12 games remaining. They parted ways with general manager Jesse Fioranelli last month, suggesting more changes once the transfer window reopens for next season.

San Jose is the working definition of an up-and-down team. A 10-game unbeaten streak that ended last weekend wasn’t enough to push them into a playoff spot. That’s due to seven of those games ending in ties. From the outside, making the playoffs should be enough for this version of the Quakes.

If there’s going to be a playoff push for the Quakes, they’ve got an opportunity. San Jose has two road games against 11th-place FC Dallas in seven days, bracketing a midweek home tilt against Real Salt Lake. Taking points off the Utah team and scraping three or four points from the Texas trips could determine if the Quakes stay in the playoff conversation.

Then there’s the situation in Chicago. Raphael Wicky appeared to save himself on several occasions already this season. The Fire arrived in 2021 off three straight years of missing the playoffs. Reestablishing themselves at Soldier Field hasn’t been easy. So far, the club looks no different on the field than in any other recent campaign. It’s not so much about meeting expectations with an 11th-place team as it is doing enough to get another chance. That’s team-specific and tough to work through from the outside.

It’s that way across the board as MLS continues to add teams. We already know that for some, simply making the playoffs is not enough. For others, it’s still the difference between a good and bad season. Balancing ambition with realistic expectations isn’t easy, especially in a league where both can quickly end up becoming problems.