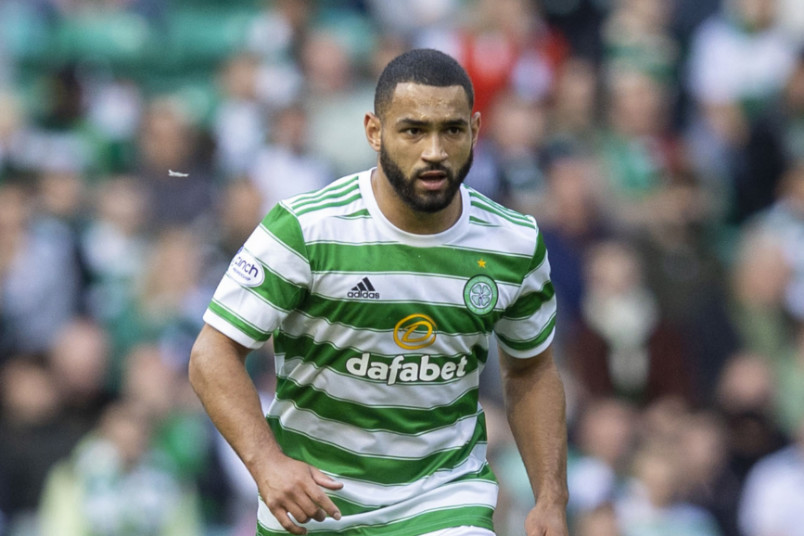 The roundup of USMNT players in Europe starts with Cameron Carter-Vickers scoring the opening goal in his first game with Celtic. Carter-Vickers put Celtic up in the 64th minute on the way to a 3-0 home win over Ross County. Albian Ajeti added goals in the 70th and 85th minutes.

“I thought we played well,” Carter-Vickers said. “I thought we persisted as they were tough to break down as it took a bit of time to get the first goal and then the other two. But I thought we played fairly well, although there are things we can improve on, defensively and going forward, but I think that will come.”

Also in the Scottish Premier League, Christian Ramirez’s Aberdeen lost 2-0 at Motherwell. The goals came in the 26th and 59th minutes.

John Brooks’s subbed on in the 73rd minute of Wolfsburg’s 2-0 win at Julian Green’s Furth in the Bundesliga. Luke Nmecha scored in the 20th minute and Wout Weghorst doubled the lead with a stoppage time penalty. Green subbed out in the 60th minute. Chris Richards’s Hoffenheim lost 2-0 at home to Mainz to goals in the 21st and 77th minutes.

Andrew Wooten subbed on in the 85th minute of Osnabruck’s 2-2 draw at Eintracht Braunschweig in the 3.Liga. Sebastian Klaas scored for Osnabruck in the 60th. Eintracht equalized in the 66th, going ahead in the 73rd minute. Marc Heider equalized for Osnabruck in the 82nd minute. Terrence Boyd saw red in the 29th minute of Hallescher’s 1-1 home draw with 1860 Munich. Jan Lohmannsroben scored for Hallescher in the 13th. 1860 Munich equalized in the 65th minute.

Duane Holmes subbed out in the 68th minute of Huddersfield Town’s 2-1 loss at Stoke City in the Championship. Harry Toffolo scored for Huddersfield in the 47th minute. Stoke City equalized in the 50th and went ahead for good from a 63rd minute own-goal. Tim Ream and Antonee Robinson’s Fulham lost 1-0 at Blackpool to a 49th minute goal. Fulham put four shots on goal to Blackpool’s one.

Weston McKennie subbed out in the 72nd minute of Juventus’s 2-1 loss at Napoli. Alvaro Morata scored for Juve in the 10th. Napoli equalized in the 57th, scoring again in the 85th minute. Bryan Reynolds subbed on in the 89th minute of Roma’s 2-1 home win over Sassuolo. Bryan Cristante scored for Roma in the 37th. Sassuolo leveled the score in the 57th, but it was Roma’s Stephen El Shaaraway getting the winner in stoppage time. Gianluca Busio’s Venezia won 2-1 at Empoli. Thomas Henry scored in the 13th and David Okereke doubled the lead in the 68th. Empoli converted a penalty in the 89th minute.

Yunus Musah subbed on in the 87th minute of Valencia’s 4-1 win at Osasuna. Trailing from the 8th minute, Valencia’s Maxi Gonzalez equalized in the 26th and went up from a 51st minute own-goal. Goncalo Guedes made it 3-0 in the 55th and Omar Alderete finished off the scoring in the 73rd. Matt Miazga’s Alaves lost 3-0 at Valencia. Miazga saw yellow in the 61st. A league down, Shaq Moore subbed on in the 79th minute of Tenerife’s 2- win at Valladolid. Samuel Shashoua scored for Tenerife in the 11th with an own-goal making it 2-0 in the 29th.

Luca De la Torre’s Heracles lost 1-0 at home to NEC. Heracles went a man down in the 41st minute with a red card to Sinan Baksis in the 41st. NEC scored in the 50th minute. In Ligue 1, Konrad de la Fuente subbed on in the 79th minute of Marseille’s 2-0 win at Monaco. Bamba Dieng scored in the 37th and 60th minutes. Nicholas Gioacchini subbed out in the 76th minute of Caen’s 0-0 draw at Nimes.

Jordan Pefok subbed out in the 76th minute of Young Boys’ 4-0 home win over FC Zurich. Christian Fassnacht socred in first-half stoppage time and Michael Aebischer added goals in the 64th and 69th minutes. Meschak Elia scored the fourth goal of the game in the 89th. Sebastian Soto subbed on in the 58th minute of Porto B’s 3-1 home win over Mafra in LigaPro. Samba Kone scored for Porto in the 11th and Jose Pedro doubled the lead in the 15th. Mafra pulled a goal back in the 28th but it was Porto finishing off the scoring through Joao Peglow in stoppage time.

DeAndre Yedlin’s Galatasaray drew 2-2 at Trabzonspor. Emre Kilinc scored for Galatasaray in the 20th and 33rd minutes. Trabzonspor scored in the 41st and 62nd minutes. Ulysses Llanez subbed on at halftime for St Polten in their 3-0 home loss to Dornbirn in the Erste Liga. The goals came in the 20th, 56th, and 71st minutes.