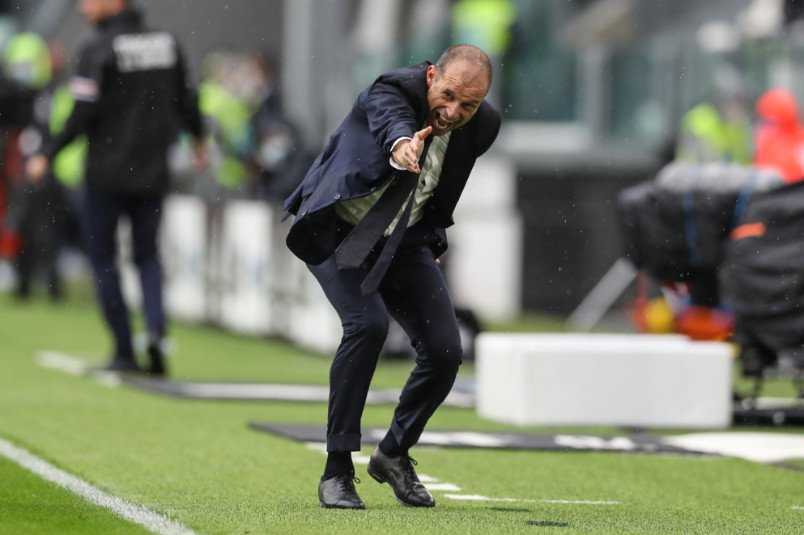 This week’s roundup of USMNT players in Europe and Brazil starts in Serie A. Weston McKennie subbed on in the 82nd minute of Juventus’s 3-2 home win over Sampdoria. Paulo Dybala put Juve up in the 10th minute and Leonardo Bonucci made it 2-0 from the penalty spot in the 43rd. Samprodia pulled a goal back in the 44th. Manuel Locatelli made it 3-1 Juventus in the 57th with Sampdoria scoring in the 83rd minute.

“You have to work hard, have the pleasure of defending and not conceding goals, it’s something that is as much a part of football as possession,” Juventus coach Massimiliano Allegri said. “We haven’t conceded many chances, the problem is that we should be conceding fewer goals.”

Andrija Novakovich subbed on in the 72nd minute of Frosinone’s 0-0 draw at Reggina in Serie B. Novakovich saw yellow in stoppage time.

Moving to the Bundesliga, Chris Richards’s Hoffenheim beat John Brooks’s Wolfsburg 3-1 at home. Ridle Baku scored for Wolfsburg in the 25th. Hoffenheim equalized through Andrej Kramaric two minutes into stoppage time and went ahead through Christoph Baumgartner in the 73rd. Pavel Kaderabek finished off the Hoffenheim scoring in the 81st minute.

Andrew Wooten subbed on in the 61st minute of Osnabruck’s 2-0 loss at Kaiserslautern in the 3.Liga. Wooten saw yellow in the 66th minute. Terrence Boyd scored in Hallescher’s 3-2 home win over Magdeburg. Trailing from the 20th, Hallescher’s Michael Eberwein scored in the 41st and Niklas Kreuzer put them ahead in the 62nd. Boyd added a third goal in the 74th. Magdeburg scored in the 79th minute.

Josh Sargent Norwich City lost 2-0 at Everton to a penalty in the 29th and a goal in the 77th. Duane Holmes subbed on in the 64th minute of Huddersfield Town’s 1-0 loss at Swansea. The goal came in the 17th minute. Holmes saw yellow in the 88th.

Konrad De La Fuente subbed on at halftime of Marseille’s 3-2 home loss to Lens in Ligue 1. Down 2-0 to a 9th minute penalty and 27th minute goal, Dimitri Payet scored in the 33rd and equalized from the penalty spot three minutes into stoppage time. Lens scored again in the 71st minute. Timothy Weah’s Lille won 2-1 at Strasbourg. Weah assisted on Jonathan David’s goal in the 23rd. David converted a 57th minute penalty to make it 2-0 Lille. Strasbourg pulled a goal back in the 75th and played a man down from a 79th minute red card. Nicholas Gioacchini subbed on in the 88th minute of Montpellier’s 2-0 loss at PSG. The goals came in the 14th and 89th minutes.

Christian Ramirez scored in Aberdeen’s 3-2 loss at St Mirren in the Scottish Premier League. Down a goal in the 14th, Scott Brown equalized for Aberdeen in the 18th minute. Ramirez gave them the lead in the 34th. Playing a man up from a 51st minute red card to Teddy Jenks, St Mirren scored in the 58th and 61st minutes. Cameron Carter-Vickers’s Celtic drew 1-1 at home with Dundee United. Liel Abada put Celtic up in the 16th with Ian Harkes equalizing in the 18th minute.

Jordan Pefok scored for Young Boys in their 2-1 home win over St Gallen. Pefok opened the scoring in the 3rd minute and Felix Mambimbi doubled the lead in the 47th. St Gallen pulled a goal back in the 61st. Pefok subbed out in the 69th minute. Tyler Boyd subbed out in the 63rd minute of Rizespor’s 3-0 loss at Basaksehir in Turkey’s Super Lig. The goals came in the 25th, 55th, and 75th minutes. DeAndre Yedlin’s Galatasaray beat Goztepe 2-1 at home. Down a goal from the 43rd, Halil Dervisoglu equalized in the 49th and Olimpiu Morutan scored in the 56th minute.

Brenden Aaronson subbed out in stoppage time of Red Bull Salzburg’s 2-0 loss at Wolfsberg in the Austrian Bundesliga. Jerome Onguenge scored in the 15th. Salzburg went a man up in the 44th and Noah Okafor scored in the 51st minute. A league down, Ulysses Llanez scored in St Polten’s 4-0 home win over Amstetten. Bernd Gschweidl scored in the 36th and Llanez made it 2-0 in the 67th. George Davies (76th) and Hong Yun-sang (87th) finished off the goals. St Polten finished a man down with a red card to David Riegler a minute into stoppage time.