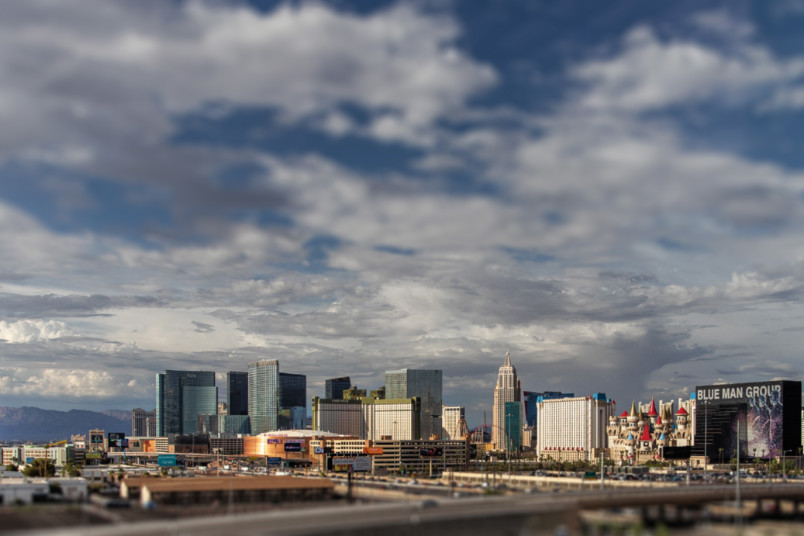 By Clemente Lisi – NEW YORK, NY (Sep 13, 2021) US Soccer Players – The growth of Major League Soccer over the past few years in speaks to the league’s commitment to bring the game to untapped markets and investors finding that fans in major US metropolitan areas crave pro soccer. Another city that has been front and center in American soccer in recent months is Las Vegas.

Sin City, famous for its hotels and casinos, was the site of last month’s Gold Cup final and will host the championship game of the Leagues Cup later this month. That’s added to the growing speculation over whether Las Vegas has a future as an MLS market.

Las Vegas has quickly become a major league city. The NHL started that trend by expanding there in 2017 with the Golden Knights. The NFL’s Raiders moved from Oakland last season. It’s the venue built for the Raiders, Allegiant Stadium, that’s attracting soccer games.

Soccer’s partnership with an NFL venue isn’t anything new. It continues today with high-profile friendlies and international tournaments. Once the summer touring schedule returns to normal, it won’t be a surprise to see Las Vegas becoming a destination for European club teams.

Raiders President Marc Badain said last month he was thrilled to have the Gold Cup and Leagues Cup finals at Allegiant Stadium, a sign that “top-flight international soccer celebrations are among the signature events to be held here in the sports and entertainment capital of the world.”

Whether Major League Soccer can be a regular option in Las Vegas alongside slot machines and poker tables is currently under discussion. In an interview with ESPN, MLS Commissioner Don Garber said last month that the Las Vegas market “continues to explode from a population growth perspective” and that the Gold Cup final “sold out in minutes.”

“Las Vegas is an interesting market,” he added. “We do want to secure our 30th team so that we can have a fully expanded league by the World Cup in 2026, so we’ll continue to focus on that market.”

In a 2019 interview, Foley told the Las Vegas Journal-Review that, “I’m very interested in this and we are working on making it happen. I think soccer is the new football for many parents who don’t want their children playing (tackle football). I think we could be just as successful with soccer as we have been with hockey. We have all the infrastructure in place to make it very successful.”

That interest between Las Vegas and MLS is nothing new. In 2007, a California businessman named Mark Noorzai led a bid to bring an MLS franchise to the Nevada desert. That plan included building a stadium at a time when bigger events would use UNLV’s Sam Boyd Stadium. That venue was the likeliest place for a soccer game prior to the opening of Allegiant Stadium, a limitation since its listed capacity is 36,000.

Las Vegas does currently have soccer. USL Championship side Las Vegas Lights FC, in existence since 2018, plays at the 9,300-seat Cashman Field. The team is an Los Angeles FC affiliate after signing a deal this past March. Former USMNT player Steve Cherundolo is its coach.

The earlier eras of North American pro soccer tried in Las Vegas, if only briefly. The original NASL had a team move there for the 1977 season. The San Diego JAws became the Las Vegas Quicksilver for one season, returning to San Diego as the much more recognizable Sockers. The Seagulls, a member of the ASL, played there in 1979, but collapsed a year later due to poor finances.

Since this is Las Vegas, change is always going to happen. After all those years with professional team sports avoiding the city due to its tight connection with gambling, the change to laws in several states makes that a non-issue. The city has shown that it will find a way to get stadiums built, another potential hurdle that’s no longer a problem.

Right now, Las Vegas is making its case for becoming an MLS city because it’s already shown what it means to pro sports. It’s almost a new market in that respect, emerging quickly and making itself very difficult to ignore.