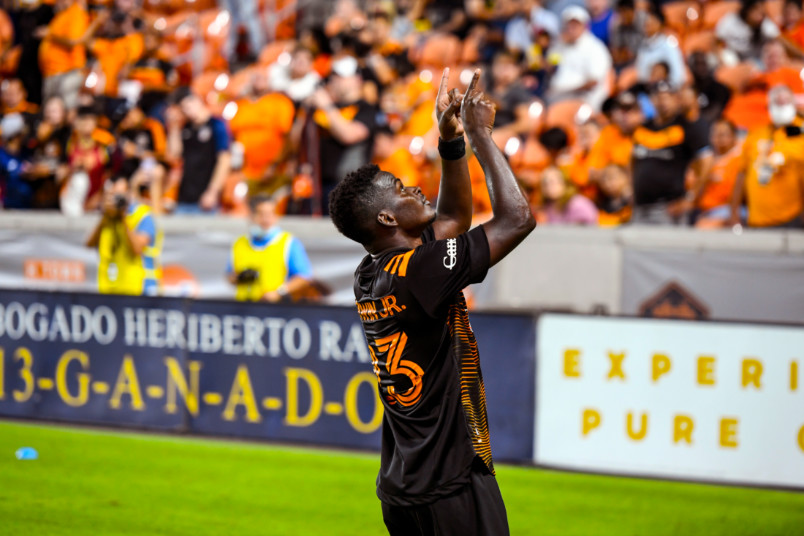 We start the Week 26 roundup with FC Dallas losing 3-2 at Houston. Griffin Dorsey scored for the Dynamo in the 5th and Fafa Picault doubled the lead in the 20th. Darwin Quintero made it 3-0 Houston from the penalty spot in the 59th. Jadar Obrian scored in the 86th and four minutes into stoppage time. Dallas announced on Sunday that Luchi Gonzalez was no longer the club’s head coach along with assistant Mikey Varas. Director of soccer operations Marco Ferruzzi takes over as interim coach.

“We made the tough decision to part ways with Luchi after a great deal of thought and deliberation,” FC Dallas president Dan Hunt said. “We believe a coaching change is in the best interest of the club at this time to help us achieve our goals. I want to thank Luchi for everything he has done for this organization. We wish him all the best.”

On Friday, week 26 opened with Inter Miami losing 4-0 at home to the Red Bulls. Patryk Klimala scored in the 18th and Omir Mosso doubled the lead in the 31st. Playing a man up from a 38th minute Jorge Figal red card, Fabio added goals in the 65th and 89th minutes. New York goalkeeper Carlos made one save to keep the clean sheet.

Moving to Saturday’s schedule, Atlanta beat DC 3-2 at home. Ezequiel Barco put Atlanta up in the 18th and Josef Martinez doubled the lead in the 64th. Felipe Martins pulled a goal back for DC in the 75th. George Bello finished off the Atlanta goals in the 87th with DC’s Edison Flores scored four minutes into stoppage time.

“I think in the last 10 or 11 games the team shown a complete change,” Barco said. “You show it on the field, winning and with results. I think this team, if we keep playing this way, can compete for the league and that’s the goal. I don’t have any doubt that we’ll be fighting for everything.”

New England and Columbus split the points at Gillette Stadium in a 1-1 draw. Gyazi Zardes put the Crew up in the 58th and Adam Buksa equalized for the Revs in the 62nd minute.

“Yeah, that’s a game we should win. No question about it,” Revolution coach Bruce Arena said. “Yeah, that should have been a three-zero game.”

Cincinnati finished with nine men in a 2-1 home loss to NYCFC. A Brenner goal gave Cincinnati the lead in the 4th. Keaton Parks scored for New York in the 37th and Valentin Castellanos converted a 60th minute penalty. The cards came late for Cincinnati. Alvaro Barreal saw red in the 85th and Isaac Atanga exited five minutes into stoppage time.

Toronto beat Nashville 2-1 at BMO Field, taking the lead from a Jacob Shaffelburg goal in the 18th minute. CJ Sapong equalized in the 74th, but it was Omar Gonzalez scoring Toronto’s winner in the 79th minute.

Minnesota shutout the Galaxy 3-0 at home. Emanuel Reyneso scored in the 4th and 20th with Ethan Finlay finishing off the goals in the 66th minute. Tyler Miller kept the clean sheet with two saves.

San Jose beat Austin 4-3 on the road. Falling behind to a 6th minute Sebastian Driussi goal, Marco Lopez equalized for the Earthquakes in the 17th minute. Jon Gallagher returned the Austin lead in the 35th and Alexander Ring made it 3-1 in the 45th. Christian Espinoza scored for San Jose in the 49th and Javier Lopez equalized from the penalty spot in the 58th. Lopez scored the go-ahead goal in the 63rd. Austin finished a man down with a red card to Ring in the 65th minute.

On Sunday, Montreal shutout Chicago 2-0 at Stade Saputo. Romell Quioto scored in the 60th and an own-goal doubled the lead in the 80th. Club de Foot goalkeeper James Pantemis made five saves to keep the clean sheet.

“Look, I’m a coach and I take it game-by-game, and I want to win the actual game,” Chicago coach Raphael Wicky said. “The next game is Wednesday. So I’m thinking of Wednesday, how can I win the game, and not yet for 2022. That’s how we approach the games, and I think that’s okay like that.”

Philadelphia beat Orlando 3-1 at home. Kai Wagner scored for the Union in the 37th with City equalizing in the 57th. Kacper Przybylko scored for Philadelphia in the 61st and converted an 89th minute penalty following a red card to Orlando’s Antonio Carlos.

Portland beat LAFC 2-1 at Providence Park. Dairon Asprilla put the Timbers up in the 21st. LAFC’s Cristian Arango equalized from the penalty spot in the 27th, but it was George Fochive scoring Portland’s winner in the 68th minute.

Week 26 ended in Commerce where Colorado drew 1-1 with Vancouver. Danny Wilson scored for the Rapids in the 28th and Brain White equalized in the 41st minute.