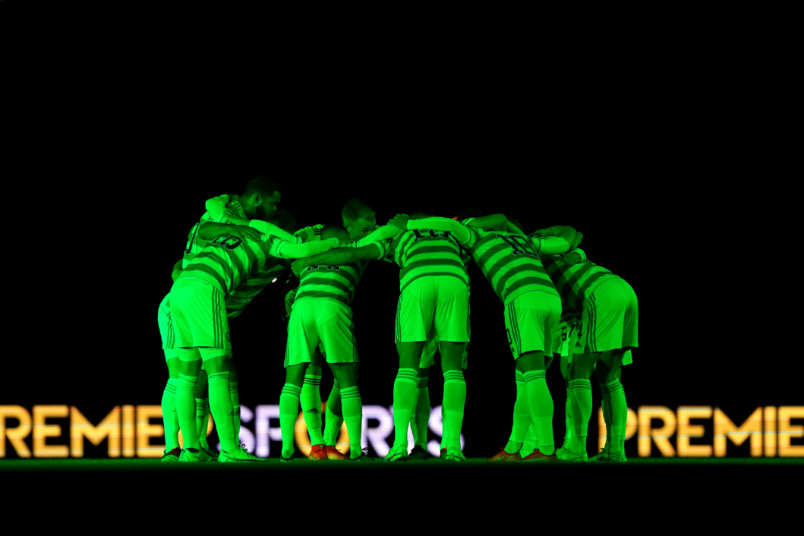 Friday’s soccer news starts with Cameron Carter-Vickers’s Celtic advancing in the Scottish League Cup with a 3-0 home win over Raith Rovers. Joao Filipe gave Celtic the lead in the 26th minute. Liel Abada added a goal in the 40th and David Turnbull finished off the scoring in the 47th. Raith Rovers saw red in the 59th minute. Celtic will play St Johnstone in the semifinals on November 20.

Moving on in the League Cup isn’t the issue so far for Celtic. It’s their Scottish Premier League form causing early season problems for Postecoglou. 6th-place and five points behind leaders Rangers is a crisis by Old Firm standards. After an extended period of dominance while Rangers worked their way back to the topflight, Celtic finished 2nd last season. That was enough of a problem, but Rangers went undefeated putting up 102 points to Celtic’s 77.

Whether or not that served as a season-long wakeup call for Celtic after nine consecutive titles, this season is quickly hovering at the crisis point. The club made a managerial change in February, parting ways with Neil Lennon and finishing the season with John Kennedy as interim. Kennedy returned to his role as assistant coach under Postecoglou, with all involved clear on the scope of the job. Competing with Rangers for the title is the expectation.

That works against treating the current state of the table as evidence of some newly discovered competitive parity in Scotland. It’s not going to match any chart of how much Scottish Premier League clubs spend. Once again, that’s going to be the Old Firm and everybody else. Winning on a budget is certainly possible, but losing on a much bigger payroll will always lead directly to the kind of crisis Celtic carried into this season.

“We’ve had a couple of opportunities we’ve taken this year and we’ve missed a couple,” Postecoglou said prior to the win over Raith Rovers. “We need to be a team that when opportunities come along, we take them, knowing they won’t always be there.”

Staying with the USMNT players in Europe, Sergino Dest subbed out in the 80th minute of Barcelona’s 0-0 draw at Cadiz. Barca played a man down from the 65th minute after a red card to Frenkie de Jong. Barcelona is in 7th-place after five games with nine points. Luca de la Torre’s Heracles lost 2-1 at Cambuur in the Eredivisie. Trailing from goals in the 35th and 47th, Sinan Baksis scored for Heracles in the 90th minute. Heracles is in 15th-place with four points from five games. Bryan Reynolds was on the bench for Roma’s 1-0 home win over Udinese in Serie A. Tammy Abraham scored in the 36th minute and Lorenzo Pellegrini saw red in the 89th.

Fox Sports’ Doug McIntyre previews a big Western Conference game in MLS. The Washington Post’s Steven Goff talks to DC United forward and MLS leading scorer Ola Kamara. The 2021 Concacaf Champions League final is between Monterrey and Club America is set for October 28 at 10pm ET at Monterrey’s BBVA Stadium. Monterrey hosts due to having the better overall record in the tournament. Politico’s Ali Walker reports on the European Commission supporting UEFA over their concerns about FIFA’s biennial World Cup proposal. ESPN’s Sam Marsden profiles Sevilla as an example of a club succeeding on a budget in La Liga.