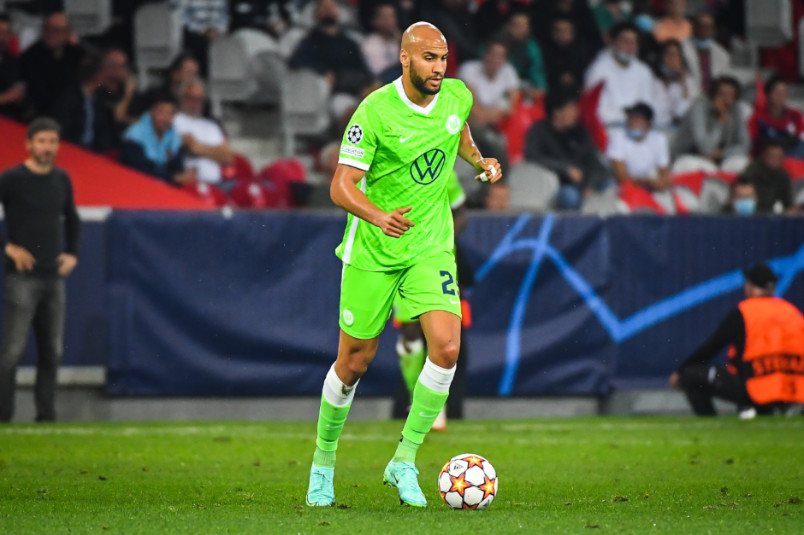 Tuesday’s soccer news starts with tomorrow’s group G schedule in the 2021-22 UEFA Champions League. Brendon Aaronson’s Red Bull Salzburg hosts John Brooks’s Wolfsburg with Salzburg top of the table with four points and Wolfsburg in 3rd, tied on points with 2nd-place Sevilla with two. It’s a meeting of teams that normally rely on their Americans.[/caption]

Aaronson’s move from the Philadelphia Union to Salzburg initially had a direct connection to American soccer. Playing under former USMNT player Jesse Marsch, Aaronson joined a club that helped develop Erling Haaland and pushed March himself to a Bundesliga coaching job with RB Leipzig. In that environment, Aaronson thrived. He became a regular with the club, winning the league and cup double in Austria last season.

Part of the Nations League winning squad with the USMNT over the summer, Aaronson returned to the club game with the same focus he showed last season. He’s now become key to what Salzburg does best. Drawn into a group where Sevilla is the favorite based on making it to the knockout round last season, Red Bull opened the group stage by drawing them 1-1 away. A 2-1 home win over Timothy Weah’s Lille followed with both of their goals coming from the penalty spot.

“We have got ourselves in a good position, we know that,” Aaronson told his club’s official site. “All four teams are so close together in terms of quality that it could soon look very different. Our entire focus is therefore on this match against Wolfsburg. I don’t need to emphasise that a clash with a German Bundesliga side is always a big deal for us.”

John Brooks is a key part of Wolfsburg’s defense, helping keep Wolsburg finishing in the European places in the Bundesliga. He joined in a 2017-18 season where the club finished 16th and needed a relegation playoff win to stay up. Since then, they’ve put together 6th, 7th, and 4th-place seasons with Brooks key to that run of success. Named to the Nations League Best XI, he showed this summer how that works for the USMNT.

Wolfsburg’s run so far in group G started with a scoreless draw at Lille and a 1-1 home draw with Sevilla. With Lille in trouble domestically after winning Ligue 1 last season and Sevilla not putting together dominant performances in the Champions League, Wolfsburg is also emerging as a potential threat. They’re in position to use the Champions League to restart their league campaign after a six-game winless streak, but few things are easy right now. That means playing at Salzburg without their primary goalscorer with Wout Weghorst in quarantine after testing positive for the coronavirus.

As for Weah’s Lille, a three-game winning streak leading into the October international break ended with a 1-0 loss at Clermont Foot on Saturday. That has them 11th in Ligue 1. At Champions League level, that draw with Wolfsburg on the opening day of group G is their only point. They host Sevilla with enough games on the schedule for one or both of them to reemerge as contenders.

Moving to the soccer scores, Matt Miazga’s Alaves lost 1-0 at home to Real Betis in La Liga. The goal came in the 89th minute. In Serie A, Gianluca Busio’s Venezia shutout Fiorentina 1-0 at home. Mattia Aramu scored for Venezia in the 36th and goalkeeper Sergio Romero made two saves to keep the clean sheet. Fiorentina played a man down from the 77th minute. Tanner Tessmann was on the bench for Venezia.

Chelsea coach Thomas Tuchel once again updated the situation with Christian Pulisic’s injury. “Players with quick movements like Christian have to be very careful,” Tuchel said. “The recovery is not happening too easily and when he has some pain or some setback, he’s had to start all over again. He is very, very close to returning. He had a little reaction with some pain and he just needs to take his time and be patient.”

The Athletic’s Sam Stjeskal looks at the Octagonal situation for the USMNT. England’s Football Association released a statement after UEFA imposed a crowd ban on their next competitive game due to what happened during the EURO 2020 final at Wembley. The Ringer’s Mirin Fader profiles LA Galaxy forward Chicharito Hernandez.

Europa League on TUDN: Spartak Moscow vs Leicester City at 10:30am. Champions League on UniMas: Barcelona vs Dynamo Kiev at 12:30pm and Manchester United vs Atalanta at 3pm. Galavision has Benfica vs Bayern Munich at 3pm. Liga MX on TUDN: Leon vs UNAM Pumas at 8pm and Tigres vs Pachuca at 10pm ET.