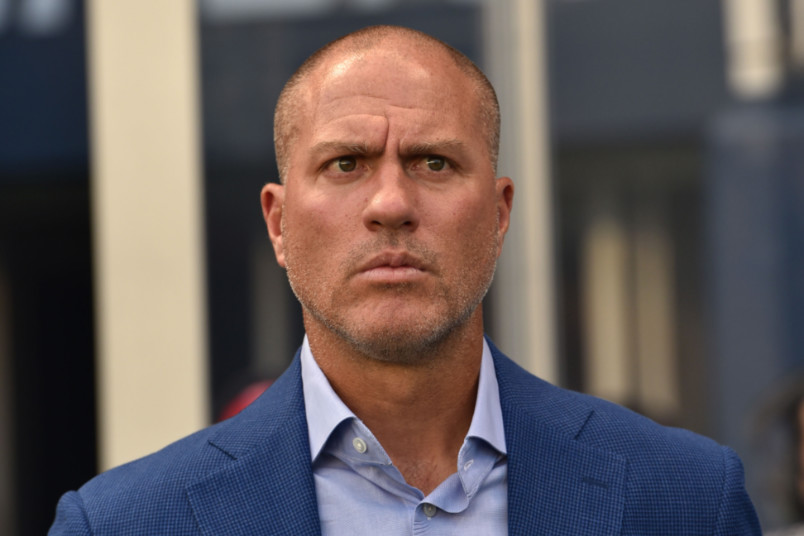 By Luis Bueno – RIVERSIDE, CA (Oct 14, 2021) US Soccer Players – The Portland Timbers have not become an MLS dynasty like their Cascadia rivals to the north, but the club’s recent history has impressed. Portland, Columbus, Seattle, and Toronto FC have each made multiple MLS Cup appearances since 2015. In fact, Atlanta United is the only other club to participate in this four-team MLS Cup game of musical chairs.

For much of this season, it looked like Portland would not have a chance to make it back to the championship game. Their non-dynasty dynasty seemed to be about to end. That’s until the Timbers made an incredible about face. Portland went from being out of the playoffs to sitting in a comfortable playoff position. A run at 2nd-place in the West is not out of the question.

Portland is finally fulfilling the promise it has shown over the last 18-plus months. A deep run in the MLS playoffs could follow. However, the club’s window is indeed closing, given the aging veterans they’ve relied on for so long.

The Timbers have been a mainstay among the Western Conference leaders for some time now. The club’s familiar faces, Diego Valeri, Diego Chara, and Sebastian Blanco, are all still playing at a high level on the other side of 30. With the team getting older, now is the time to see how far they can go with the current squad. Eventually, time will run out on this group.

As it stands, things are quite rosy for Portland heading into the final six weeks of the MLS season. As the Timbers come out of the international break, the club sits in 4th-place with a 14-10-4 record and 46 points. In and of itself, the record is solid. Taken in context, it is remarkable. After all, the club sat with a 7-10-3 record following a rough 3-1 loss to Austin. That dropped them into 8th-place in the Western Conference table.

Since then, not much has slowed the Timbers down, certainly not its competition. Portland has reeled off a 7-0-1 stretch since that poor loss in Austin. Over that run, they’ve turned into one of the top teams in MLS. Portland has outscored its competition by a commanding 18-5. Only the Colorado Rapids have put more than one goal past the Timbers.

Part of the club’s resurgence has been health. It was not until recently that coach Gio Savarese had his three Designated Players on the field at the same time. Yimmi Chara has been one of the club’s most dependable players, putting in 1,816 minutes over 24 games. Sebastian Blanco tore knee ligaments a year ago and did not play until June. While he looks to be back to his old self, he has not played 90 minutes yet and did not play more than 45 minutes in a game until August.

The third DP, Jaroslaw Niezgoda, made his season debut in August after also tearing knee ligaments last year. Niezgoda is still a bit far off from full health despite having returned. He has logged 29 minutes across seven games, all as a substitute.

Blanco is the key. One of the top players in MLS since he arrived in Portland in 2017, he helped lead the club to the 2018 MLS Cup final and win the MLS Is Back Tournament last summer. Blanco’s absence was felt at the end of last season, though. Portland finished in 3rd-place and lost in the opening round of the playoffs.

The first half of the season was rough for Portland, but it helped set the club up for when Blanco would return. Since no team is ever really out of the playoff race in MLS during the middle of summer, it did not matter much that Portland had a losing record. Blanco sparked the club’s attack with three goals and six assists in his 19 games.

Blanco was a known commodity before and after his injury but in Niezgoda the Timbers have a player who is still new to the league. Niezgoda joined the Timbers in 2020, scoring sweven goals in 17 appearances. His injury kept him out of the preseason and business as usual in MLS. Niezgoda has adjusted to the league despite his lack of playing time, scoring two goals as a substitute in the last three games. His last outing was superb. On his first touch, Niezgoda headed in a corner in Portland’s 1-0 home win over Inter Miami.

That game featured more than just a super-sub appearance. The Timbers got the benefit of a controversial foul call. Inter Miami’s Julian Carranza appeared to have scored a late equalizer but was instead whistled for a foul on Portland defender Dario Zuparic before knocking the ball into the back of the net. There wasn’t much in the contact that led to the foul, the kind of fortunate break that meant three more points for Portland.

With the Timbers now healthy and putting together strong showings every game, they seem primed to end up in playoff contention. Capping the non-dynasty dynasty era with a trophy would turn it into something else entirely.