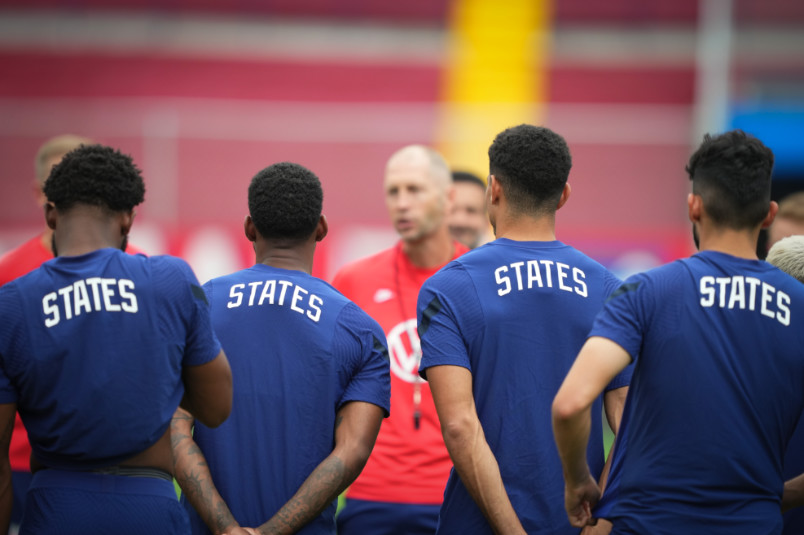 Wednesday’s soccer news starts with the USMNT closing out the October World Cup qualifying schedule against Costa Rica in Columbus (7pm ET – ESPN2). The three-game window is an opportunity to turn around a 1-0 loss to Panama, where the United States finished with no shots on goal. That’s the key takeaway, with the USMNT needing to restart the offense at Lower.com Field.

“One thing I want to make completely clear is, when I took responsibility for the result the other day, it was not aimed at the choice of players because we believe in every single player in this squad, and I don’t regret at any moment playing that lineup,” USMNT coach Gregg Berhalter said during a media session earlier this week. “I regret more our performance, and some of the attacking adjustments we could have made in that game to be more mobile, to be moving more, but not personnel.”

That hasn’t stopped pundits from asking whether or not the USMNT tactical staff is overthinking squad rotation and tactics. When the result doesn’t happen, it’s an obvious criticism to make. More broadly, it speaks to the issue with national teams in general. Without the access that club coaches get, national team staff has considerable time without players. That means more time spent scouting club games and thinking about what may or may not work in a given international window.

Berhalter shouldering responsibility for disappointing results is part of the job. It loses emphasis every time it happens, and in Concacaf qualifying, a draw at home is enough of a problem. That has quickly tempered the momentum of two tournament final wins over Mexico just a few months ago. Again, part of the game for national team coaches is managing the windows and the time when the players are in camp. Different groups need different strategies, accounting for injuries and availability.

Without Christian Pulisic and Gio Reyna in the squad, the scope changed. Against Panama, Weston McKennie was unavailable due to injury and Antonee Robinson and Zack Steffen not traveling because of England’s pandemic reentry regulations, the scope changed. Without Tyler Adams able to play a full game… and it’s clear how situations change strategies.

Now, the USMNT faces a motivated opponent with an elite goalkeeper and a coach looking for all he can get in Columbus. Luis Fernando Suarez stressed during his media availability that Costa Rica is playing for three points. They started the October window with a 0-0 at Honduras and then beat El Salvador 2-1 at home. Given the state of flux the Costa Rican national team found itself in over the summer that led to the hiring of Suarez, it’s tough to call any result disappointing. Still, Costa Rica established itself as a contender in Concacaf and has the personnel to reassert its game.

Keylor Navas is a difference-maker, the only goalkeeper in Concacaf regularly playing for an elite European club. It’s almost a compliment that PSG bringing in Italy #1 Gianluigi Donnarumma has turned into a fight for the starting job. Match what Navas can keep out with an offense capable of putting more than a couple of shots on goal and Costa Rica is a different team.

What that means later tonight is shifting expectations. For Costa Rica, that’s showing that the offense is now on track to get more out of these games than a 0-0 or 1-1 draw. For the United States, it’s another proof of concept after a disappointing away date. Just like with the last window, whatever happens carries into the next one. The degree of difficulty for the USMNT increases in November for one simple reason. They open that window at home against Mexico on November 12.

Liga MX on TUDN: Queretaro vs Tijuana at 10pm ET.