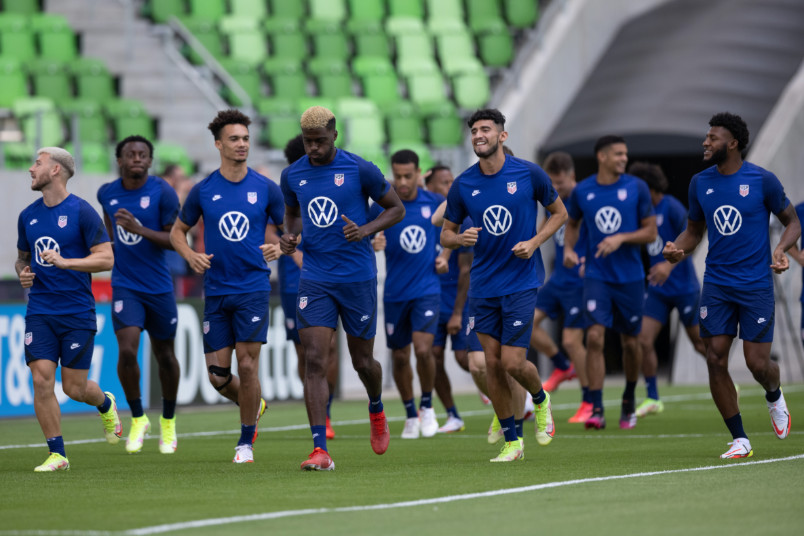 The Concacaf World Cup qualifying schedule resumes later tonight at Q2 Stadium in Austin with the USMNT hosting Jamaica (7:30pm ET – ESPN2). Once again, the USMNT coaching staff is considering its options in a squad missing Christian Pulisic and Gio Reyna due to injury. That was the headline when coach Gregg Berhalter announced his roster, needing to make adjustments when Tim Ream and John Brooks were unavailable.

Jamaica has its own roster problems, missing West Ham United midfielder Michail Antonio and losing Aston Villa winger Leon Bailey and Philadelphia Union forward Cory Burke to injury. While it’s easy to play up Antonio’s absence due to his Premier League form, he’s only played once for Jamaica. Burke scored against Guadeloupe in the Gold Cup, but it was Charleroi’s Shamar Nicholson with both goals in September.

“Every game we play, World Cup qualifier, friendly, is a must win. It is the story of my life….,” Jamaica coach Tappa Whitmore told The Star. “We are down but we are not out, we just have to go out there with what we have. I think the guys know the situation, we just have to carry on.”

Burke’s Union teammate Andre Blake is the one most likely to make the difference for Jamaica. Against Mexico in their first qualifier last month, he watched his team give up over 70% of the possession while facing a barrage of shots. El Tri may have only gotten credit for seven shots on goal, but they took 27 in that game. The 3-0 home loss to Panama is the outlier in a window that ended with a 1-1 draw at Costa Rica. Jamaica fell behind in the 3rd minute in that game, equalizing in the 47th with one of their two shots on goal. Costa Rica finished with 14 shots, putting seven on target.

What the USMNT should take from those games is that Jamaica is fine giving up possession and waiting for limited opportunities. The stats don’t have to flatter their game plan. It’s a pragmatic approach that frustrated Mexico and Costa Rica, who expected more when having that much control.

That’s proven problematic for the USMNT at times. In games where they see the clear chances not falling, frustration builds into urgency. During the last window, that created early problems finally addressed at Honduras in the last game of the cycle. Ricardo Pepi’s performance in that game was revitalizing, making it clear that the US would eventually find a way. It was a necessary statement after finishing 0-0 in El Salvador and drawing 1-1 with Canada in Nashville.

It’s tough to downplay the importance of taking full advantage in Concacaf World Cup qualifying. The Octagonal means adjusting scope, but it’s still the same scenario. Win at home, get what you can on the road. The USMNT will want to link what happens tonight with how September ended. Let creative players have the room to play. Stay alert at the back. Use the squad’s depth to change games after the 60 minute mark. Those are becoming hallmarks of what this version of the USMNT does best with or without its strongest group of players.

UEFA World Cup qualifying on ESPN2: Czech Republic vs Wales at 2:45pm. Liga MX on TUDN: Juarez vs Queretaro at 8pm. TUDN has the Club America vs UNAM Pumas friendly at 10pm ET.