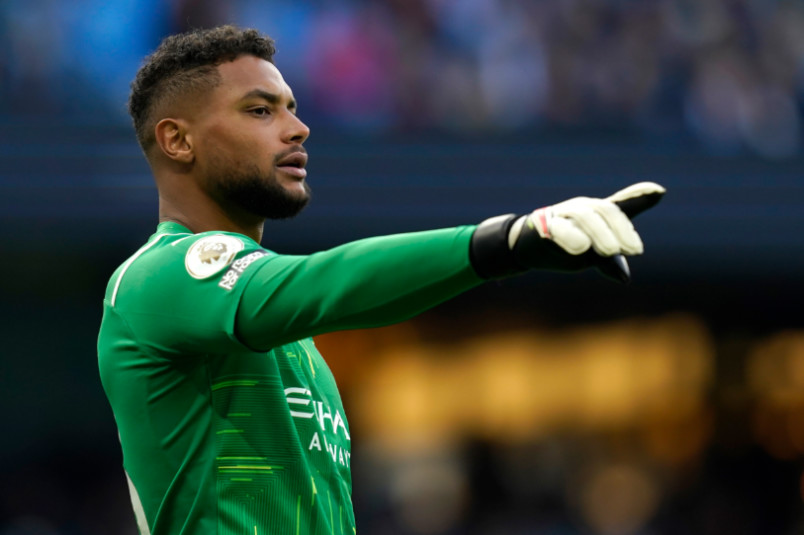 The USMNT players in Europe and Brazil roundup starts in the Premier League. Zack Steffen picked up the shutout in Manchester City’s 2-0 home win over Burnley. Bernardo Silva scored in the 12th minute and Kevin De Bruyne doubled the lead in the 70th. Steffen made two saves to keep the clean sheet.

“He is a much better keeper than when he arrived because we have maybe the best keeper trainer in the world,” Manchester City manager Pep Guardiola said. “We have incredible confidence in him because the moments he has to save the ball he does. We are delighted with him.”

Also in the Premier League, Josh Sargent subbed out in the 76th minute of Norwich City’s 0-0 home draw with Brighton. In the Championship, Tim Ream and Antonee Robinson’s Fulham beat Swansea 4-1 at Craven Cottage. Aleksandar Mitrovic opened the scoring for Fulham in the 10th and QPR equalized in the 55th. Mitrovic scored again in the 67th and Bobby Reid added a goal in the 7st. Robinson subbed on in the 58th minute and scored Fulham’s fourth goal a minute into stoppage time.

Pleased to see first the way we started the game,” Fulham head coach Marco Silva said. “Congratulations to our players and to our fans as well, good atmosphere in our stadium. After a bad result, they welcome us in the beginning of the match, the way they pushed the team up as well was really important. We start winning in that moment in my opinion.”

Duane Holmes scored in Huddersfield Town’s 2-0 home win over Hull City. Tom Lees put Huddersfield up in the 9th and Holmes doubled the lead in the 73rd minute.

Chris Richards subbed on in the 54th minute of Hoffenheim’s 5-0 home win over Cologne in the Bundesliga. Ihlas Bebou scored in the 31st and 49th and Christoph Baumgartner made it 3-0 in the 51st. Dennis Geiger scored Hoffenheim’s fourth goal in the 74th and Stefan Posch finished off the scoring in the 87th minute. John Brooks’s Wolfsburg lost 2-0 at Union Berlin in the Bundesliga. Union Berlin scored in the 49th and 82nd minutes.

Timmy Chandler subbed out at halftime of Eintracht’s 2-1 home loss to Hertha BSC. Trailing from goals in the 7th and 63rd, Eintracht’s Goncalo Paciencia converted a 78th minute penalty. Julian Green subbed on in the 67th minute of Furth’s 1-0 home loss to VfL Bochum. The goal came in the 80th minute. In the 3.Liga, Terrence Boyd scored in Hallescher’s 3-2 home loss to Saarbrucken. Trailing from a 25th minute penalty, Michael Eberwein equalized for Hallescher in the 43rd. Boud gave them the lead with a first-half stoppage time goal. Saarbrucken scored in the 49th and 88th minutes.

Jordan Pefok subbed out at halftime in Young Boys’ 1-1 home draw with Luzen in the Swiss Super League. Down a goal from a 30th minute penalty and a man from a 39th minute red card to Christopher Martins, Moumo Ngamaleu equalized four minutes into stoppage time.

Timothy Weah subbed out in the 71st minute of Lille’s 1-0 loss at Clermont Foot in Ligue 1. The goal came in the 32nd minute. Konrad de la Fuente subbed out in the 75th minute of Marseille’s 4-1 home win over Lorient. Falling behind to a 13th minute penalty, Boubacar Kamara equalized for Marseille in the 27th. Matteo Guendouzi put Marseille up for good in the 56th and Aradiusz Milik added a goal in the 85th. Guendouzi finished off the goals two minutes into stoppage time.

Nicholas Gioacchini subbed on in the 83rd minute of Montpellier’s 1-0 home win over Lens. Stephy Mavididi scored in the 47th and Montpellier finished a man down with a red card to Jordan Ferri in the 86th.

Andrija Novakovich scored in Frosinone’s 1-1 draw at Cosenza in Serie B. Behind from a 20th minute penalty, Novakovich equalized in the 71st minute. Mark McKenzie subbed out in the 82nd minute of KRC Genk’s 2-0 loss at Charleroi. The goals came in the 56th and 88th minutes.

DeAndre Yedlin’s Galatasaray shutout Konyaspor 1-0 at home on a 4th minute Mostafa Mohamed goal. Tyler Boyd saw red in the 12th minute of Rizespor’s 2-0 loss at Giresunspor. An own-goal opened the scoring in the 62nd and Joe Champness doubled the lead four minutes into stoppage time.

Christian Ramirez scored in Aberdeen’s 2-1 loss at Dundee in the Scottish Premier League. Down 2-0 from goals in the 49th and 62nd, Ramirez pulled a goal back in the 67th minute. Cameron Carter-Vickers’s Celtic won 2-0 at Motherwell. Joao Filipe scored in the 17th and David Turnbull doubled the lead in the 52nd minute. Vickers saw yellow in the 80th minute.

Ulysses Llanez scored in St Polten’s 6-1 home win over Grazer in the Erste Liga. Daniel Schutz put St Polten up in the 11th and Kresimir Kovacevic doubled the lead in the 22nd. An own goal made it 3-0 in the 35th with George Davies scoring in the 57th and converting a penalty in the 66th. Llanez scored St Polten’s sixth goal in the 70th minute. Grazer pulled a goal back in the 81st and finished a man down from a stoppage time red card.