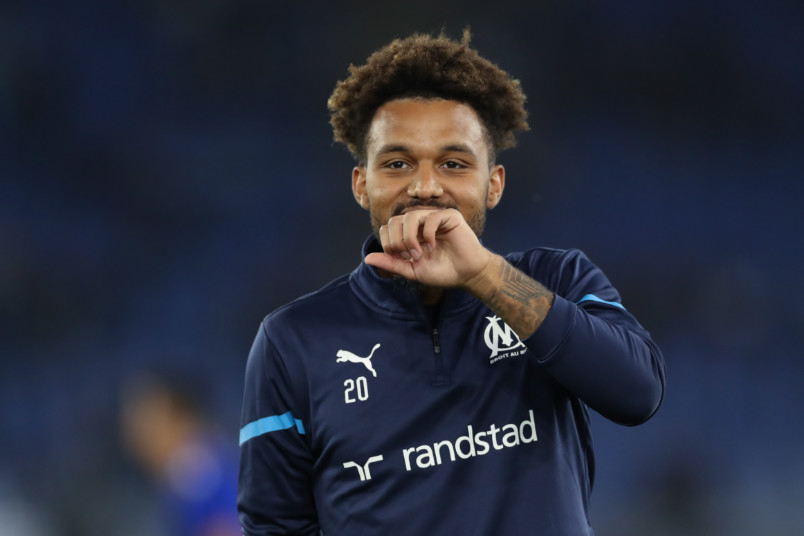 By Clemente Lisi – NEW YORK, NY (Oct 25, 2021) US Soccer Players – Europe’s top five domestic leagues are constantly jockeying for attention outside their national borders. The Premier League, Bundesliga, La Liga, Serie A, and Ligue 1 are those top five in talent, reputation, and brand awareness. While which one of these five is the best in any given season normally depends on which club wins the Champions League, most would rank France’s La Liga in 5th-place.

Ligue 1 is in an interesting situation. The league that has Paris Saint-Germain received a major boost when that club added Lionel Messi to its squad. Since PSG was already fielding world all-star teams in Ligue 1, the move only added to their reputation. What it didn’t do was reset the standard for the other 19 clubs in France’s topflight.

Messi’s arrival in France is a big chance for Ligue 1 to get new fans. What they’ll discover is a league that features lots of budding talent, much like the Bundesliga. But, again, much like the Bundesliga, those players could end up with bigger clubs in other leagues. With PSG as the outsider, the rest of the league is in a position where holding onto players long enough for them to make a difference is part of the game. Lille won the championship last season, but their starting goalkeeper now plays for Milan.

The great thing about Ligue 1 is that it features Messi, along with many other superstars. Neymar and Kylian Mbappe also play there, but that’s also the major question in France. Is that much competitive imbalance a good thing if it raises the league’s status? It certainly helps PSG, turning them into an even bigger global marketing force alongside the top clubs in Europe. With Messi, they’re in a tier all of their own this season.

Meanwhile, the other French topflight clubs operate in different circumstances compared to the rest of the leagues in Europe’s top five. That’s in large part because there’s not a direct competitor for PSG. Yes, Lille is the defending champion but they’re not a global brand. Sure, Olympique Marseille has the same number of titles as PSG, but the last one came in 2010. Marseille also won the first edition of the Champions League in 1993. Monaco made the final in 2004, but none of those clubs currently hold the same status as the contenders in the rest of the big five. There’s no Borussia Dortmund challenging Bayern Munich, the Milan clubs to go with Juventus, or Atletico Madrid joining Real Madrid and Barcelona at the top of La Liga. There is no comparing the financial power of Premier League clubs up and down the table, but that’s not unique to France.

While leagues like Spain’s are known for having a significant drop off from the bigger clubs, it’s more pronounced in Ligue a. That’s the polite way of saying that a team with PSG’s attacking triad is unmatched domestically and should dominate. Yes, even in a season where they’re not the defending champions.

For the USMNT players in Ligue 1, this presents some interesting scenarios this season. Timothy Weah plays for defending champions Lille. Konrad De La Fuente made the move from Barcelona to Olympique Marseilles, while Nicholas Gioacchini joined Montpellier on loan from Caen. Erik Palmer-Brown joined Troyes on loan from Manchester City. Ligue 1 games are on beIN Sports in the United States, showing plenty of games every matchday. This allows American fans to see much more from all of Ligue 1 in 2021-22.

As for those teams with USMNT players, let’s start with Lille, last season’s surprise champions, and Weah. They won Ligue 1, further proof possibly that PSG doesn’t have a total monopoly on league titles, with Weah contributing three goals in 28 appearances. For Weah, it was his third league title since going pro in 2017. That’s because he played for PSG before making the move to Lille. Weah, who has overcome injury woes, was on the roster when PSG grabbed the 2018 and ’19 Ligue 1 titles.

As for this season, Weah is a regular contributor as they try to play their way back into contention. Currently outside of the European places, it’s been difficult domestically so far. In the Champions League, they’re in 3rd-place in group G behind Red Bull Salzburg and Sevilla. This is an opportunity to watch a team in transition, though retaining enough of its championship squad to suggest more in France and in Europe.

Weah, said in August that Lille’s success will come about as a result of a team effort. “I work for the team as well and I’m not egotistical,” he told Ligue 1’s official website. “If the ball doesn’t come, then it will go to someone else. The more matches we play, the better we’ll play together and we’ll have more confidence.”

Over in Marseilles, the 20-year-old De La Fuente has appeared in nine league games on the left wing for Olympique. On Sunday, they played PSG to a scoreless draw as de la Fuente came on as a sub midway through the second half. The team, currently in 4th and 10 points behind leaders PSG, look competitive this season and could be contenders for a Champions League place. Unlike the biggest leagues in Europe, Ligue 1 gets three spots in the group stage instead of four.

Gioacchini is at Montpellier, currently in 13th place. His time at Caen saw him emerge as a quality Ligue 2 forward, drawing the attention of clubs in the topflight. What Montpellier represents is an opportunity for Gioacchini to show how his game will work at a higher level. With Caen not considered a promotion threat, at some point, Gioacchini will need to make a
move to a bigger club.

Palmer-Brown joins Troyes as one of several Manchester City players loaned out each season. So far, he’s played Kortrijk in Belgium, NAC Breda in the Netherlands, and two seasons with Austria Vienna in the Austrian Bundesliga. Ligue 1 is a step up in competition, though Troyes is a promoted club already having issues adjusting to the topflight. For Gioacchini and Palmer-Brown, this is a season about helping to keep their new clubs in Ligue 1.

Ligue 1 has shown in recent years that it isn’t just about PSG, but the league’s biggest club is in new territory this season. How much the other clubs benefit from Lionel Messi is an interesting question. So are the scenarios for the quartet of Americans currently playing in France.