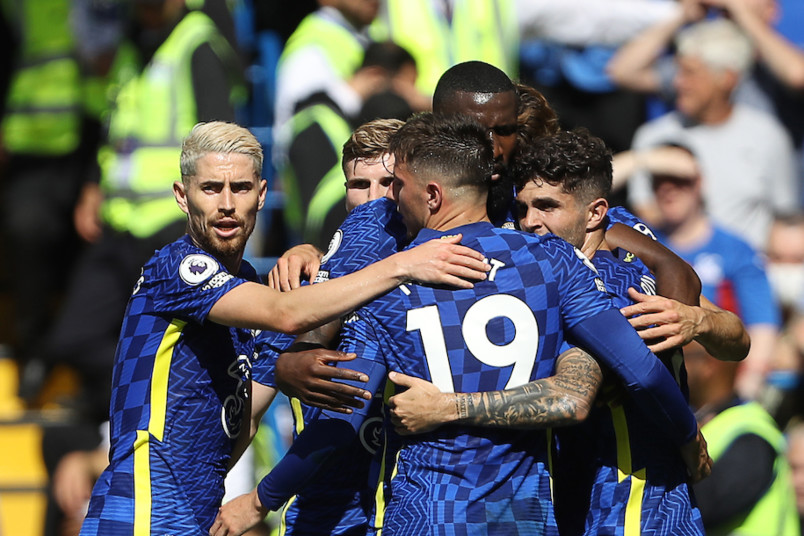 By J Hutcherson (Oct 26, 2021) US Soccer Players – What passes for a big club in England’s Premier League is not normally up for discussion. Breaking into that top tier normally requires plenty of capital to produce results. It’s the route Chelsea and Manchester City took to transform their clubs into topflight contenders. Spending to win works in both directions. It rationalizes mammoth outlays in the transfer market along with setting high expectations. How realistic that strategy ends up being plays out from the start of the season.

Last season, West Ham United finished 6th, up from 16th in 2019-20. They’re a 4th-place team in the Premier League right now. With 17 points from nine games, they’ve taken advantage of a schedule that has yet to include any of the three teams ahead of them in the table. West Ham spent over the summer, bringing in defender Kurt Zouma for over $41m and midfielder Nikola Vlasic for a little over $46m. Manager David Moyes is building, making the kind of moves that should make a good team better. They’re not going to surprise anybody this time around, but that’s the game after a breakthrough season.

“We want to challenge the top four,” Moyes said following the 1-0 home win over Spurs. “I don’t know if we’ll stay there or where we’ll be at the end of the day, but I think the big thing is that it was another win. That’s two Premier League wins in a row and that’s really difficult to do. We have got big games coming up and it seems it’s neverending.”

Balancing the Europa League schedule complicates West Ham United’s push in the Premier League. They’re top of group H, winning all three of their games so far. In the League Cup, knocking out Manchester United in the third round means a home game with Manchester City on Wednesday. Whatever markers West Ham needs to judge its progress so far, they’re getting them over the next few weeks. They host Liverpool in the Premier League on November 7 and are at Manchester City in the league at the end of the month.

It’s an interesting situation looking down the table and seeing clubs in that elite category. Spurs at 6th isn’t the story so far this season. It’s Manchester United in 7th after losing 5-0 at home to 2nd-place Liverpool and Arsenal in 10th who lost by that same score at Manchester City on August 28. That’s created space higher up the table with Brighton currently taking full advantage in 5th-place ahead on goal difference over Spurs.

After five seasons in the Premier League, Brighton has never finished higher than 15th. A revamp of the squad over the summer saw them win four out of their opening five games. What followed were three consecutive draws and a 4-1 home loss to Manchester City on Saturday. After a midweek game at Leicester City in the League Cup, a trip to Liverpool looms this Saturday. As expectation checks go, Brighton is getting theirs quickly.

“Clearly we’re not competing with Manchester City in the table,” Brighton head coach Graham Potter said. “All we can do is accept they were the better team and look at our performance as we’ve got an awful lot to be proud of.”

There’s more than expectation management at play for a club like Brighton. There’s no strategy that overcomes the level of talent on the elite teams, only taking advantage should moments present themselves. Manchester City followed its opening day loss at Spurs by beating Norwich 5-0 at home and then Arsenal once again 5-0 at home. Their +16 goal difference has them well ahead of 4th-place West Ham at +6. No other team in the league is better than +2 and that’s Brentford down in 12th-place.

Meanwhile, Chelsea’s 1-1 draw at Liverpool on August 28 and 1-0 home loss to Manchester City on September 25 still has them top of the table. A 7-0 win over Norwich means they trail Liverpool +20 to +21 on goal difference, perhaps already the main differentiator this season. Liverpool has yet to lose, drawing at home with City on October 3. Since then, they’ve beaten Watford 5-0 and then Manchester United by the same score. They also have yet to play Norwich City in the league, though they did beat them 3-0 away in the League Cup.

It’s Manchester United showing how quickly things can change. They didn’t lose until their fifth game, though strength of opponent is worth considering in their early success and their recent slide. Manchester United was ahead of them when they beat West Ham 2-1 on September 19, their last Premier League win. Since then, it’s losses in three out of four to Aston Villa, Leicester City, and Liverpool.

“Next week it is Tottenham away, then Atalanta in the Champions League, the next team who visit us is Man City and we have to look forward,” Manchester United manager Ole Gunnar-Solskjaer said. “We have to sort the frame of minds out and make sure we go into the next training session and the next game in the right frame of mind. Manchester United have had tough times, difficult times before and they have always bounced back and taken on challenges.”

It’s who loses out on a near the top of the table reshuffling. Right now, it’s easy to separate the top three from everybody else. That next tier includes a Champions League place along with the rest of the European spots. That creates its own defacto championship for 4th-place already in play nine games into the season.

That’s what we’re really talking about with Premier League disruption. It’s a handful of clubs quickly separating themselves while the rest lineup behind them. Strength of schedule and overwhelming offense are already telling that story.