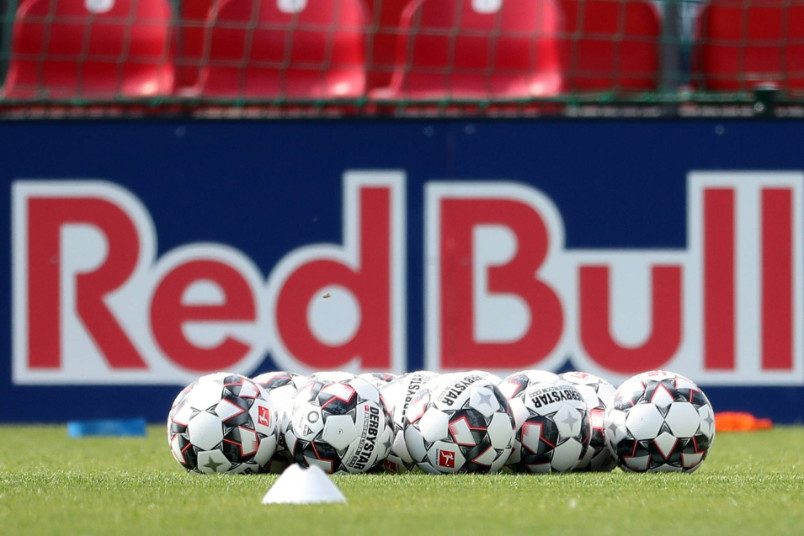 The roundup of USMNT players in Europe and Brazil starts in the Bundesliga. Tyler Adams’s RB Leipzig beat Borussia Dortmund 2-1 at home. Christopher Nkunku scored for Leipzig in the 29th and Dortmund’s Marco Reus equalized in the 52nd minute. Yussuf Poulsen scored Leipzig’s winner in the 68th minute.

“It was important that we rewarded our hard work,” Leipzig coach Jesse Marsch said. “We’ve been playing well in past weeks but haven’t got the right results. We could definitely score more goals and make it easier for ourselves. We have clarity in our play in and out of possession. We had a lot of confidence today and also played well on an individual level. We could have scored a few more goals.”

Chris Richards subbed on in the 64th minute of Hoffenheim’s 2-0 loss at VfL Bochum. The goals came in the 66th and seven minutes into stoppage time. John Brooks’s Wolfsburg shutout Augsburg 1-0 at home on a 14th minute Lukas Nmecha goal. Timmy Chandler subbed on in the 90th minute for Eintracht’s 2-1 win at Julian Green’s Furth. Eintracht’s Sebastian Rode scored in the 75th and Furth equalized through Cedric Itten two minutes into stoppage time. Rafael Borre scored for Eintracht two minutes later. Green subbed out in the 73rd minute.

Andrew Wooten subbed on in the 89th minute of Osnabruck’s 3-1 home win over 1860 Munich in the 3.Liga. Trailing from a 24th minute goal, Ba-Muaka Simakala equalized for Osnabruck in the 39th and scored again in the 48th. Felix Higl finished off the goals in the 85th minute. Terrence Boyd’s Hallescher lost 2-1 at Havelse. Trailing from goals in the 8th and 18th, Hallescher’s Michael Eberwein scored a minute into first-half stoppage time.

Weston McKennie’s Juventus shutout Fiorentina 1-0 at home in Serie A. Playing a man up from the 73rd, Juan Cuadrado scored for Juve a minute into stoppage time. Gianluca Busio started and Tanner Tessman subbed on in the 77th minute of Venezia’s 3-2 home win over Roma. Mattia Caldara put Venezia up in the 3rd. Roma responded with goals from Eldor Shomurodov in the 43rd and Tammy Abraham two minutes into first-half stoppage time. Mattia Aramu equalized from the penalty spot in the 65th and David Okereke scored Venezia’s winner in the 74th minute.

In Serie B, Andrija Novakovich subbed on in the 64th minute of Frosinone’s 4-1 win at Benevento. Playing a man up from the 25th minute, Karlo Lulic scored for Frosinone in the 35th and three minutes into first-half stoppage time. Gabriel Charpentier (50th) and Emanuele Cicerelli (75th) made it 4-0. Benevento scored in the 78th minute.

Christian Pulisic subbed on in the 85th minute for Chelsea’s 1-1 home draw with Burnley in the Premier League. Kai Havertz scored in the 33rd minute and Matej Vydra equalized in the 79th. Josh Sargent subbed on in the 78th minute of Norwich City’s 2-1 win at Brentford. Mathias Normann scored for Norwich in the 6th and a 29th minute Teemu Pukki penalty doubled the lead. Brentford pulled a goal back in the 60th.

Antonee Robinson’s Fulham won 1-0 at Peterborough United in the Championship. Aleksandar Mitrovic scored for Fulham in the 74th minute. Duane Holmes subbed out at halftime of Huddersfield Town’s 2-1 loss at Cardiff City. Danel Sinani put Huddersfield up in the 12th minute with Cardiff scoring in the 74th and three minutes into stoppage time. Lynden Gooch subbed on at halftime of Sunderland’s 1-0 home loss to Mansfield Town in the FA Cup. Mansfield Town scored in the 5th minute.

Reggie Cannon saw red in the 58th minute of Boavista’s 5-2 home loss to Famalicao. Boavista’s Rodrigo Abascal also saw red three minutes into stoppage time. Falling behind to goals in the 3rd and 16th minutes, Petar Musa scored for Boavista in the 44th. Famalicao made it 3-1 in first-half stoppage time and extended their lead in the 48th and 72nd minutes. Boavista’s second goal came through Yusupha Njie in the 74th minute.

Sebastian Soto subbed on in the 85th minute of Porto B’s 2-2 home draw with Varzim. Joao Marcelo put Porto up in the 15th and Goncalo Borges doubled the lead in the 59th. Varzim scored in the 65th and equalized through a 75th minute own-goal. Borges saw red in the 77th with Varzim playing a man down from the 80th minute.

Brenden Aaronson’s Red Bull Salzburg won 1-0 at Austria Vienna from a 65th minute Karim Adeyami goal in the Austrian Bundesliga. Ulysses Llanez subbed out in the 73rd minute of St Polten’s 2-1 win at Wacker. St Polten went up from a 52nd minute own-goal, with Wacker equalizing in the 61st. Deni Alar scored St Polten’s winner in the 74th. Wacker finished two men down after red cards in the 84th and eight minutes into stoppage time.

Yunus Musah subbed on in the 65th minute of Valencia’s 3-3 home draw with Atletico Madrid in La Liga. With Valencia trailing from the 35th minute, an own-goal leveled the score in the 50th. Atletico added goals in the 58th and 60th, but Valencia’s Hugo Duro scored two minutes into stoppage time and equalized four minutes later. Musah saw yellow four minutes into stoppage time.

Sam Vines’s Royal Antwerp shutout Anderlecht 2-0 at home in the Belgian Pro League. Alhassan Yusuf scored in the 63rd and Michael Frey doubled the lead in the 82nd minute. Mix Diskerud’s Omonia won 2-0 at Ethnikos Achna in Cyprus. Loizos Loizou scored in the 46th and Fotios Papoulis made it 2-0 in the 54th. Diskerud saw yellow in the 65th minute.

Christian Ramirez’s Aberdeen lost 2-0 at home to Motherwell in the Scottish Premiership. Cameron Carter-Vickers’s Celtic won 4-2 at Dundee. Jota put Celtic up in the 8th and Kyogo Furuhashi doubled the lead in the 19th. Dundee pulled a goal back in the 23rd, but Jota made it 3-1 Celtic in the 47th. Furuhashi scored his second goal of the game in the 50th. Dundee added a goal in the 67th minute.

Tyler Boyd subbed out in the 65th minute of Rizespor’s 2-0 home win over Alanyaspor in the Turkish Super Lig. Selim Ay opened the scoring in the 11th and Damjan Dokovic converted a penalty in the 70th. DeAndre Yedlin’s Galatasaray drew 1-1 at Fatih Karagumruk. Down a goal from the 69th, Galatasaray’s Mostafa Mohammed equalized in the 88th minute.

On Monday, Shaq Moore subbed on in stoppage time of Tenerife’s 2-1 home win over Girona in the Segunda Division. Jeremy Mellot scored for Tenerife in the 14th with Girona equalizing in the 46th. Enric Gallego put Tenrife up for good in the 80th. Tenerife finished a man down with a red card to Pablo Larrea in the 87th minute.