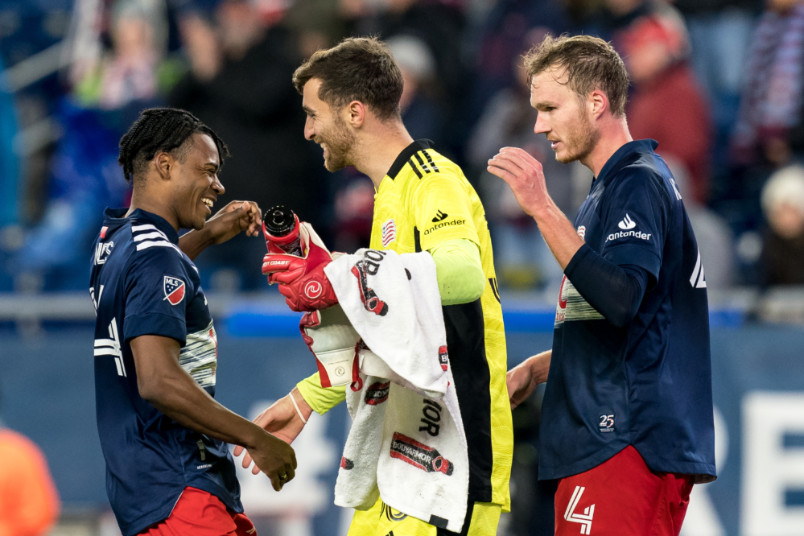 He joins active USMNT goalkeepers Zack Steffen (2018 with the Crew), Bill Hamid (2014 with DC United), and Brad Guzan (2007 with Chivas USA) as MLS Goalkeeper of the Year winners. Retired winners include Kasey Keller (2011 with Seattle), Zack Thornton (2009 with Chivas USA and 1998 with Chicago), Tim Howard (2001 with the MetroStars), Tony Meola (2000 with Kansas City), and Brad Friedel (1997 with Columbus). Turner won the players vote and the clubs vote by sizeable margins with Philadelphia and Jamaica goalkeeper Andre Blake finishing in 2nd-place. Turner finished second to Blake in last year’s voting.

“It means a lot,” Turner said. “It’s definitely something that I’ve had on my radar as a goal, as a box to check if you will, for a long time. I’ve never really been one to win individual awards…. All throughout growing up when I was getting into soccer, I always seemed to come in second place in these types of voting things, so I don’t feel like this is something that gives me validity, but it certainly is a nice award and one that I’m really proud to have accomplished.”

Due to international duty, Turner played in 28 of New England’s 34 regular season games, putting up a goals against average of 1.25 and a saves percentage of 74.3. He also stopped two penalties, a hallmark of Turner’s game at international and MLS levels.

“As long as the team does well, it’ll take me to where I want to be,” he said “And the team did well this year so it took me to where I want to be. More of the same, hopefully, in the future. MLS Cup is a huge goal of ours as an organization, as a team. Me, personally, something I definitely want to achieve and that was my goal this year, not Goalkeeper of the Year. That’s not really a goal of mine. It’s more of, you know, Supporters’ Shield, MLS Cup, and then do what I have to do to try to help my team to get there and if that leads me to win an individual award along the way, great.”

Also in the MLS news, Ali Curtis left his role as Toronto FC’s general manager by mutual agreement. Curtis took the job prior to the 2019 season after serving as the Red Bulls’ GM since 2014. In a statement, Curtis said “I began discussing my future with the club in September. During the pandemic, my family moved back to the United States. After three years with Toronto FC, I am looking forward to reuniting with my wife and kids, and I am excited to take on a new professional challenge.”

The Canadian Press’s Neil Davidson on Curtis leaving Toronto. The Athletic’s Sam Stejskal tells the story of the New England Revolution in 2021. The Nashville Tennessean’s Drake Hill explains how Nashville SC put together a playoff team. FourFourTwo works through the state of the Premier League.

UEFA Champions League on Galavision: Besiktas vs Ajax at 12:45pm. UniMas has Inter Milan vs Shakhtar Donetsk at 12:45pm. Manchester City vs PSG is on Univision at 3pm. Concacaf League on FS2: Forge vs Motagua at 8pm ET.