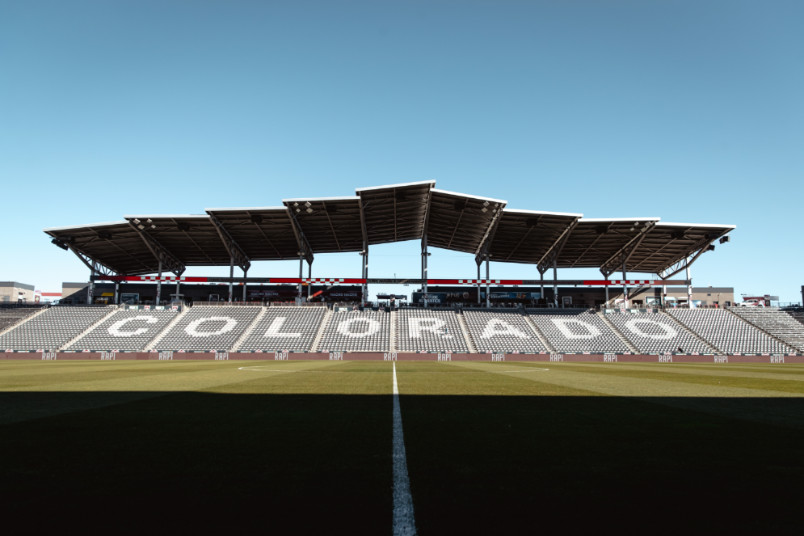 By Clemente Lisi – NEW YORK, NY (Nov 22, 2021) US Soccer Players – There have always been certain sporting events we associate with a particular holiday. New Year’s Day has traditionally been about college football because of the Rose Bowl. In recent years, the NHL has joined in with their Winter Classic outdoor game. St Patrick’s Day, and most of March, is all about college basketball brackets. Christmas Day has increasingly become dominated by the NBA.

Leagues know that TV ratings and exposure to as many people as possible is the lifeblood of their business. Sports fans, like most people, are home on major holidays, and millions upon millions like to spend some of that family time gathered around the television. It’s the reason why Thanksgiving Day has hosted NFL games since 1934. Fans of the Detroit Lions or Dallas Cowboys fans have made football a turkey day tradition for decades.

MLS is making a big play this season to have Thanksgiving become a larger part of its postseason schedule. November is all about the MLS Cup Playoffs, and the four-day holiday weekend is an opportunity to appeal to both existing soccer fans and potentially bring in new ones. The Conference Semifinals will dominate American soccer’s attention over the coming days, starting with the league’s first-ever Thanksgiving Day match broadcast on Fox and Fox Deportes at 4:30pm ET. The game will feature the Colorado Rapids at home against the Portland Timbers, 3-1 winners Sunday against Minnesota United FC in the Western Conference Semifinals.

“Coming off what has already been an historic season for us, we couldn’t be more thrilled to have the honor of hosting the first Thanksgiving Day match in MLS history,” said Padraig Smith, who serves as the rapids’ Executive Vice President & General Manager. “To share this national holiday with our passionate supporters is an incredible opportunity we’re very much looking forward to.”

This is uncharted territory for MLS. The league has never played a game on Thanksgiving. It is, however, an important first. The match will serve as a showcase for the league since it will immediately follow the NFL game between the Lions and the Chicago Bears on Fox. The game could also soon become a tradition, but that will wait until 2023. This time next year, the World Cup will be working its way through the group stage.

So for one year and potentially only once, the biggest event on the soccer calendar will be going head-to-head with American Thanksgiving traditions, the NFL, National Basketball Association, National Hockey League, college football, and college basketball. How the World Cup potentially does against the NFL is an interesting story, but short of FIFA deciding to find other places to hold winter World Cups, it will likely be just that. An outlier among outliers in an interesting November and December for world soccer.

In a normal year, the Thanksgiving soccer option is the Europa League. Given the relative status of that competition, the interest normally comes from fans of the teams competing. Still, it’s an option on a holiday afternoon but one that likely won’t have much of an impact on the MLS rating.

What will is the direct competition on network television. The Rapids match against the Timbers competes directly with the NFL’s Cowboys versus Las Vegas Raiders game, also scheduled for 4:30pm ET. Yes, it’s a bold move, highlighting the uphill battles MLS has always had in trying to appeal to a wider sports viewing audience. Competition from other, more established US sports and soccer from Europe have always been two things MLS has struggled against. Few things highlight that more than network TV ratings.

Major League Soccer’s ratings overall were up this past season compared to 2020. The five matches this season shown on ABC, the most broadcast on network TV since 1998, delivered an average of 507,000 viewers. Last year, three matches on ABC averaged just 318,000 viewers. That’s not easy to repackage as success. The expectations on over-air TV are greater because more people have access to the games.

These are also relatively small numbers compared to the ratings behemoth that is the NFL. After a ratings drop in 2020, the NFL’s ratings are up almost 20 percent this season. There are many factors as to why ratings have grown, but some of it can be attributed to the product on the field. More teams have been competitive and more games close. That’s something that drives viewership.

If that’s the case, MLS has a lot going for it. This past season has been one of the best in MLS history. Decision Day was proof that the 14 playoff spots up for grabs were no guarantee going into the final weekend of the season. The Rapids, for example, make for one of the league’s most-compelling story lines. Hoping to win the MLS Cup for the first time since 2010, Colorado won the Western Conference on Decision Day two weeks ago by edging Seattle by a single point. Moving into the postseason, the single-elimination format has added new excitement to the postseason.

“It’s a must-win now. It’s do-or-die,” midfielder Jonathan Lewis told reporters. “It’s a situation now where everything is at stake.”

It is do-or-die for the teams vying to be champions. It’s not the same scenario for the league. MLS has learned to play the long game when it comes to success. With that firmly in mind, scheduling a match on Thanksgiving Day is the latest example from a league willing to take risks.