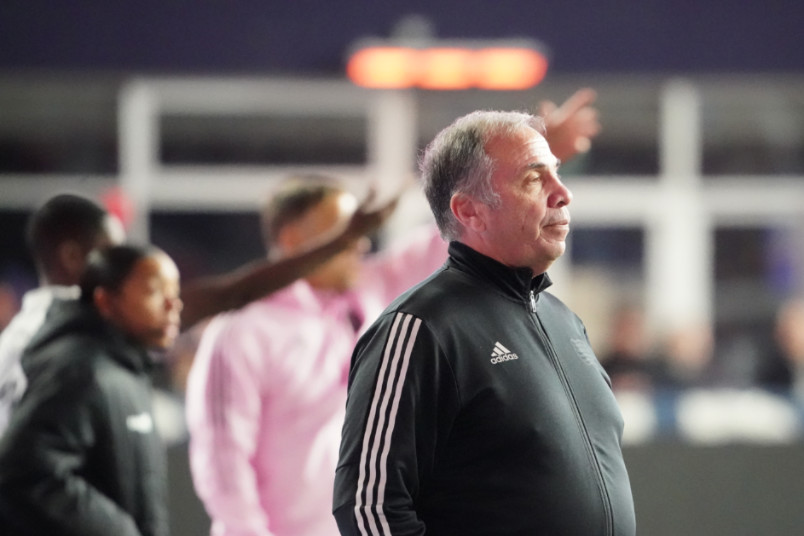 Tuesday’s soccer news starts with the New England Revolution finally getting to open its playoff schedule later tonight, hosting NYCFC (7:30pm ET – FS1). While we’ve already seen the top three seeds in the Western Conference exit, it’s a different situation in the East. All of the higher seeds have advanced so far, with the expectation that New England will continue the trend and join 2nd-seed Philadelphia in the conference final.

“You never know,” Arena said. “Things can happen early in the game, maybe a team gets an early goal and it changes things. If you’ve watched these playoff games to date, I think they’re highly unpredictable. Certainly, New York City is a team that attacks, has good players, they have a good mentality as a team, and they’re well coached. But they also defend well as a team, and they’ve defended much better collectively over the last month.”

NYCFC ended the season on a five-game undefeated streak, winning three in a row before a Decision Day draw with Philadelphia. Knocking Atlanta out of the playoffs 2-0 on November 21, they’ve had over a week to consider their options against the Supporters’ Shield winners. For New England, their last game was on November 7, losing 1-0 at Inter Miami. How much of an advantage not playing a game that counts for over three weeks really is becomes the question and the obvious talking point should NYCFC pull off an upset.

“Yeah, in the end it’s been three weeks since we last competed,” New England midfielder Carles Gil said. “Those three weeks have helped us continue improving and getting better. We played a friendly to keep our competitive rhythm and that helped us. Hopefully we can show that tomorrow and win the match.”

Also in MLS, the Chicago Fire officially introduced its new coach Ezra Hendrickson. The Fire are coming off of a 12th-place finish in 2021, last making the playoffs in 2017.

“When I look around the club and see the people who are in charge of changing the course of this club, I was very encouraged,” Hendrickson said. “I think they have very good soccer minds, who knows the league, who knows what type of players are going to be successful in this league. When I came in and spoke in my interview process, I told them about my philosophy, my style of play, and the type of players that, you know, I would be looking to work with and to bring into the club. They were in alignment with those things, and so I think there’s a bright future for the club.”

Vancouver announced that they’ve dropped the interim title, naming Vanni Sartini as the club’s coach through 2023. “These last three months have completely changed my life,” Sartini said in a press statement. “When the club gave me the chance to be the head coach in August, I didn’t know how long I was going to last but I knew that I had to give everything and make the most of the opportunity. I am fortunate to be surrounded by a great team and I’m so honored, but also so excited, to help grow this club and continue this journey. Everyone now knows we are a good team, there are certain standards that need to be met, and the best is yet to come.”

Arab Cup on FS2: Algeria vs Sudan at 5am, Egypt vs Lebanon at 8am, Morocco vs Palestine at 11am, and Saudi Arabia vs Jordan at 2pm. Ligue 1 on beIN Sport: Angers vs Monaco at 1pm and PSG vs Nice at 3pm. Premier League on NBCSN: Everton vs Liverpool at 3:15pm. Concacaf League on FS2: Motagua vs Forge at 8pm. Liga MX on TUDN: Tigres vs Leon at 10pm ET.